Before the Two Cultures

CP Snow’s famously complained about the divergence between “two cultures” of humanism and science. Among Romantic poets, the humanist resistance to science is best exemplified by Blake.

As Algis Valiunas observes, Blake’s “unflattering” painting of Newton depicts him as “a consummate specimen of a particular human type, and it is a type that Blake despises.”

In Blake’s view, Newton “embodies the mathematical order in which he is rapt. The muscles outlining his back ribs form a perfect row of rhomboids; an equilateral triangle set on its vertex and a larger triangle that caps the first define the junction of his hip and lower back; his left hand drops from his wrist at a right angle, quite uncomfortably, it would seem, and the fingers of that hand are bent to form a triangle along with one leg of the compass that they hold, so that the hand appears to be of a piece with the instrument; his left foot protrudes from beneath the ledge he is sitting on, as though he were riveted to matter; and he is clearly oblivious to everything but the figure he is drawing, the calculations he is making.”

Newton misses more than he sees. He can’t see “the spectacular iridescence of the immense rock he is perched on, and the tremulous darkness of the night sky that one would expect to entrance a natural philosopher, as it clearly does the artist. The appropriate amazement at nature’s magnificence is far beyond poor Newton. He is a grind, without imagination, without insight.”

Not all Romantic poets shared Blake’s antipathy, as Valiunas shows in his review of Richard Holmes’s The Age of Wonder. Wordsworth praised Newton in The Prelude, Coleridge kept up with advances in science, and Keats alluded to William Herschel, discoverer of Uranus, in his “On First Looking into Chapman’s Homer.”

Romanticism even helped form our conception of what scientists are and do: “Holmes identifies certain aspects of the Romantic idea of science that remain an essential part of our own beliefs, whether these happen to be quite true or not. Thus scientific genius works in sublime solitude, driven by impulses of imperious ferocity, indifferent to ordinary human needs and moral strictures, defying Heaven itself in the quest for knowledge, enjoying ecstatic moments of revelatory apprehension in which the great questions receive their answer.”

In short: There was a time before the two cultures. And there may be a time after, when scientist and poet kiss. 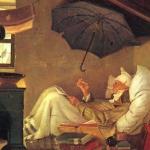 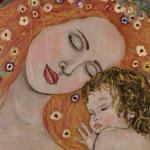 December 8, 2017 Sociology and Common Knowledge
Recent Comments
0 | Leave a Comment
Browse Our Archives
get the latest from
Evangelical
Sign up for our newsletter
POPULAR AT PATHEOS Evangelical
1