Evangelicals and Catholics in Europe

Christianity Today reported this week on a controversy among European Evangelicals about relations with the Roman Catholic Church. Thomas Schirrmacher and Thomas K. Johnson of the World Evangelical Alliance, responded with a defense of Evangelical collaboration and dialogue with Catholics.

Schirrmacher and Johnson note the difference between the Reformation and the present day: “The serious theological problems separating us from the Catholic Church today are different from those faced by the Reformation. For example, Catholic teachings on Mary pose a greater obstacle to Protestants today than during Luther’s time.” Some of the shifts in Catholicism are heartening: “To our overwhelming joy, we are discovering that many Roman Catholics now affirm justification by faith alone because they have read the Bible (and sometimes Martin Luther as well). ”

Given its theology concerning the authority of the church “leaders of the Catholic Church have no way to formally change the positions laid down in their historic documents.” This means that “it is crucial to distinguish our dialogue with living representatives of the Catholic Church—and their position on many topics—from the official documents.” Practically, “any change has to start on the level of theologians and church leaders or even the Pope himself. All the positive changes that resulted from the Second Vatican Council occurred because of Catholic theologians and bishops and finally the Pope changing their mind.” 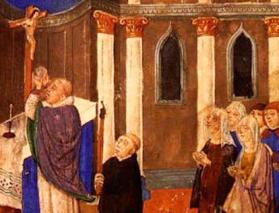