In composing the Oratorio, Bach recycled music from earlier compositions, including the quasi-operatic Lasst uns sorgen, which renders a myth about Hercules in musical form. Hercules stops at a crossroads, where he is forced to choose between two women, Pleasure and Virtue (like the young man addressed in the book of Proverbs).

Pleasure tempts Hercules with a love song (Schlafe, mein Liebster, und pflege der Ruh). In the Christmas Oratorio, the area, including the lyrics, is turned into a lullaby for the baby Jesus (44; Schlafe, mein Leibster, geniesse der Ruh).

Rathey also notes that Bach employs the Lutheran pietist trope of the marriage of the Bridegroom with the soul. The incarnation is itself the arrival of the Bridegroom, but that advent is not consummated until  the Bridegroom unites with the sinner. In one of the Chorales, we hear these lines: “O my beloved little Jesus, make for yourself a perfectly soft little bed, to rest in the shrine of my heart” (51).

The marriage of Christ and the soul is also the marriage of heaven and earth, a union depicted in Part II of the Oratorio. Like Part I, the second part opens with an instrumental sinfonia; unlike Part I, the opening uses no trumpets but employed oboes. it’s a deliberate choice: “The nasal sound of the oboes had been associated with the shepherds since the Middle Ages, and we find numerous paintings, especially in the Renaissance, which show the shepherds with similar instruments” (51).

Meanwhile, the angels are depicted with strings. At first, the two groups of instruments stand apart, but they are gradually brought together:

“The sinfonia evokes a bucolic scene, not unlike a shepherd’s scene in a contemporary opera, but it also foreshadows the interaction between the shepherds and the angels. At the beginning, the two instrumental groups are separated. But throughout the movement, the earthly and heavenly orchestras repeatedly play together, and in the final measures they are eventually united when the oboes (shepherds) take over the musical move from the strings (angels).”

Earth echoes heaven. And this brings us back to Hercules, who consults with Echo as he deliberates over his choice, eventually choosing Virtue (as we knew he would!). 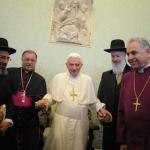 February 2, 2018 God the Laborer
Recent Comments
0 | Leave a Comment
"NOOOOOO 😭😭Z.2633K.US/ab4859Z"
Moon-Lily Tamar the Righteous
"here comes the brother.tr.92186.ME/DY4859Na"
Luna The Ghost Simplicity: Further Exploration
"wow! pretty fast, i must sayf.636WN.CO/Nq4859U"
joeman123456 The Hidden One
"I ship them, come at me however u want I don't care. I want them ..."
TheEventHorizon Tamar the Righteous
Browse Our Archives
Related posts from Leithart 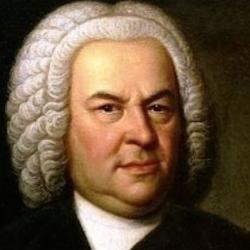