For Mill, individuality is “a form of self-realization in which the powers of autonomous thought and choice that mark the human species are exercised in living a form of life in which the needs peculiar to each person’s nature are satisfied.” The key motifs here are self-realization, autonomy, choice, and the uniqueness of each individual.

Each of us is to realize his own individuality in an “experiment in living,” a plan of life “often revised or altered by the use of autonomous thought and all autonomously chosen.” One can engage in an experiment in living only by a primordial detachment from “the social conventions which surround them.” These conventions inhibit self-realization, and so much be shed in order “to discover the unique needs of their natures.”

On Mill’s reckoning, all traditional ways of life lack individuality, by definition: “The man who accepts the way of life in which he was born as an inheritance to be explored and enjoyed, and who has no interest in trying out alternatives to it, cannot for Mill exhibit individuality,” even if he is the most interesting man in the world.

There is a chronological prejudice here, as Mill “dismisses as repressive of individuality the ways in which always all men have always lived.” Gray cleverly argues that dismissing traditional ways of life eventually erodes the number of available experiments. Cultural “traditions are not windowless monads, each uniquely individuated, but complex and elusive practices which mingle and transform each other.” As such, traditional ways of life “contribute greatly to the variety of experience among us.” In a Millian society, these options would no longer exist. Thus, by absolutizing choice, Mill undermines the range of choice.

Gray also discerns the social and political location of Millian liberalism, which again demonstrates that it is self-destructive. The most Millian of moderns are “the anomic Bohemians of the world’s great cities.” But those same cities maintain some level of cultural variety “chiefly by their sheltering vast enclaves of traditional life” – Chinatowns and Irish quarters and African neighborhoods. Even in its most natural home, the city, Millian liberalism depends on the very things it seeks to undermine.

Absorb that critique and you’ll understand the world we live in, which is the world Mill made. 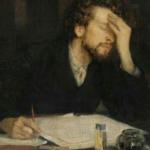 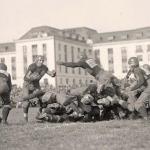 The Case for Having Children
Cranach
Related posts from Leithart