In Liberalism and Empire, Uday Singh Mehta calls attention to the neglected link between British liberalism and the British empire.

He writes, “We rightly think of liberalism as committed to securing individual liberty and human dignity through a political cast that typically involves democratic and representative institutions, the guaranty of individual rights of property; and freedom of expression, association, and conscience, all of which are taken to limit the legitimate use of the authority of the state. Moreover, at least since the mid nineteenth century, liberal theorists have tended, though by no means universally, to champion the claims of minority groups, and have respected religious bodies as entitled to the same toleration as other groups, so long as they did not threaten social peace and order. In general, liberals have looked with favor on the idea of national self-determinism–though often they have done so without reflecting deeply on the wellsprings of nationalism and the imperatives of nationhood under conditions of modernity” (3-4).

Despite these commitments to individual liberty and national self-determination, “it is liberal and progressive thinkers such as Bentham, both the Mills, and Macaulay, who, notwithstanding indeed, on account of their reforming schemes, endorse the empire as a legitimate form of political and commercial governance; who justify and accept its largely undemocratic and nonrepresentative structure; who invoke as politically relevant categories such as historyy, ethnicity; civilizational hierarchies, and occasionally race and blood ties; and who fashion arguments for the empire’s at least temporary necessity and foreseeable prolongation” (2).

Mehta finds it remarkable that so little attention has been paid to the overlap of liberal thought and the British empire: “Despite the chronological correspondence in the development of liberal thought and the empire, the unmistakable political gravity of the latter, and, most importantly, the clear, if complex, link between the ideas that were central to the former and those that undergirded practices of the latter, the relationship between liberalism and the empire has scarcely been considered in recent times by political theorists” (5).

In fact, empire was an overwhelming theoretical and practical concern for thinkers of the period. Empire is the central theme of “the overwhelming majority of Edmund Burke’s published writings deal with the British Empire, be it in India, America, or Ireland.” Historians have forgotten “that for the last twenty years of his life Bentham was preoccupied with issues of constitutional and legislative design for India (a fact that perhaps explains a comment he made toward the end of his life: ‘I shall be the dead legislative of British India’); that the major work of James Mill’s career was the monumental six-volume History of British India; that John Stuart Mill, the author of over a dozen parliamentary and other reports on matters of imperial policy in India and Jamaica did not just work at the East India Company, he worked there for thirty-five years (indeed, it was the only full-time job he ever held), and that apart from discussing the empire in all his major works, two of his best known writings, On Liberty and Considerations on Representative Government, were originally conceived as responses to Lord Macaulay’s ‘Minute on Indian Education’; and that finally, a similar concern with the empire is evident in the work of Thomas Carlyle, Lord Macaulay, Sir Henry Maine, John Bright, T. H. Green, Walter Bagehot, John Morley, and James Fitzjames Stephen” (6).

This general forgetfulness is, more specifically, a forgetfulness of the singular contributions of Edmund Burke. Though now known as the grandfather of modern conservatism, he displayed more concern for the abuses of the empire than any major writer of the eighteenth and nineteenth centuries.

Burke “expresses a sustained and deep reluctance toward the empire whether it be in India, in Ireland, or in America. He did not demand, as did none of his major contemporaries and few in the century that followed, that the British dismantle the empire altogether. Nevertheless there is, I think, no question that of all the British thinkers and politicians who wrote and spoke on imperial and colonial issues in this period, it is Burke who is most sensitive to the complexities of imperial links and to the strengths and vulnerabilities upon which they draw at both ends. Similarly, no thinker or statesman of the eighteenth or nineteenth century expresses anything like the moral and political indignation that Burke voiced against the injustices, cruelty; caprice, and exploitation of the empire. And finally, no other thinker, not even John Stuart Mill in the mid-nineteenth century, reflected with such depth and moral seriousness on the issues raised by the composition of the constituency over which British power and dominion were being exercised” (2-3).

Mehta isn’t claiming that there was a “contradiction” between liberalism and empire. Rather, the empire looms larger in the development of 19th-century thought than has been recognized. He is also calling attention to the place of the “India question,” which was, theoretically speaking, the question of “how a body of ideas that professed a universal reach responded to the encounter with the unfamiliar.” He argues that there are “reasons internal to liberalism why this question is not articulated with such starkness within this body of ideas. This denial is both a clue to the problem and a provisional indicator of its unsatisfactory resolution within liberal thought” (8). 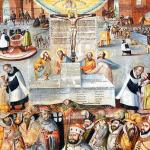 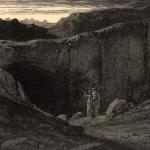