Ahaz of Judah makes “molten images for the Baals” (2 Chronicles 28:2). He’s the only king in Chronicles to do so. The term massekah is used only twice in Chronicles, once of Ahaz’s making, the other of Josiah’s destruction of molten things (2 Chronicles 34:3-4).

Ahaz is a new Aaron who makes molten images as a replacement for the temple service. Not coincidentally, he also shuts down the temple and its liturgy (2 Chronicles 28:24).

It’s not the only link between Ahaz and Aaron. 2 Chronicles 28:19 accused Ahaz of “loosing” (para’) the people, the same verb used for what Aaron did to the people at the golden calf (Exodus 32:25).

Two extrapolations: First, imitating Aaron is an example of the way Ahaz walks according to the ways of the kings of Israel (2 Chronicles 28:2). Jeroboam made golden calves (2 Chronicles 13:8) in close imitation of Aaron (cf. 1 Kings 12; e.g., the names of Jeroboam’s sons are the same as the names of Aaron’s sons).

It fits the sequence of this section of 2 Chronicles: Uzziah is a new David, successful in war and peace; Jotham is a Solomon, repairing the temple and receiving tribute of wheat, barley, and silver. That puts Ahaz in the slot of Rehoboam or Jeroboam, and he certainly resembles the latter.

Second, the original molten image didn’t last long. Soon enough, Moses came down from the mountain, broke the tablets of the Ten Words, and pulverized the calf. Ahaz’s molten images won’t last long either. Another Moses, Josiah, will beat them to powder. 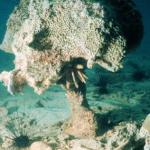 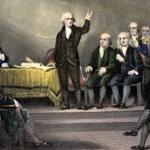