Some observations on the final chapter of Chronicles (2 Chronicles 36). In the previous chapter, the Chronicler records the death of Josiah, which is effectively the end of the Davidic monarchy. Chapter 36 records the rapid disintegration of the kingdom, the brief reigns of his sons, the subjection of Judah first to Egypt and then to Babylon, finally the decree of Cyrus.

C. Nebuchadnezzar took him to Babel.

B’. His abominations and the things found are recorded.

A’. Jehoiachin takes over.

We know nothing of Jehoiakim’s reign from this, except that he “did evil” and committed abominations. The phrase “things found” (v. 8) indicates a judicial procedure. In Revelation 18, the fall of the harlot city uncovers the blood of the saints that is “found in her.” The fall of Jerusalem is a discovery process that uncovers evidence against the king.

Note that Nebuchadnezzar takes the king and the temple vessels to Babylon. There’s no mention at this point of an exile of people. What goes to Babylon is Yahweh’s house.

2) Zedekiah stiffens his neck and hardens his heart against Jeremiah (36:13), a resistance manifested in his rebellion against Nebuchadnezzar. The Chronicler used the phrase “stiffen neck” in 2 Chronicles 30:3, where it is contrasted with entering the sanctuary to serve God. Worship in and prayer toward the temple are expressions of humility; refusal to serve Yahweh in the temple is a sign of a stiff neck. Of course, the wilderness generation “stiffened their neck”and died in the wilderness.

In Chronicles a “hardened heart” can be a positive thing, denoting courage and strength (1 Chronicles 22:13; 28:20; 2 Chronicles 32:7). To harden one’s heart toward the Lord, though, is to treat Him as an enemy, to prepare to go to war with Him. “Hard heart” is an Egyptian cardiac condition, the condition of Pharaoh during the plagues and before the exodus.

3) William Johnstone (1 & 2 Chronicles, 2.260-1) notes that the Chronicler treats Josiah’s successors as a unit, thus creating “a single, uniform ‘exilic’ generation.” By the Chronicler’s reckoning, this is the 50th generation from Adam: “There are ten generations from Adam, the father of humankind, to Noah, the second father of humankind; there are ten further generations to Abraham, ‘the father of a multitude of nations’ [1 Chron. 1.1- 4, 24-27]. Israel’s history has been presented in terms of fifteen generations from Abraham to Solomon [1 Chron. 1.34; 2.1, 4-5, 9-12, 15; 3.5], the realization in monarchic terms of the ideal of Israel’s existence, and a further fifteen from Rehoboam to Josiah [2 Chron. 10.1-35.24], the end of the monarchy. . . . Given that Abraham figures twice in these calculations, there are thus 49 generations from Adam to Josiah.”

Thus, “Cyrus’s edict thus represents the proclamation of jubilee in the fiftieth generation. C accounts for the exile in terms of ma’al (2 Chron. 36.14) and of the rest which the land requires because of the sabbaths that it has been denied during Israel’s occupancy of the land (2 Chron. 36.21), in the manner of Lev. 26.40,43. Likewise, after the manner of Lev. 25.8-11, he interprets the Return from exile in terms of the proclamation of jubilee in the fiftieth year.” 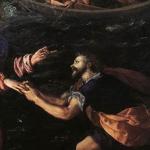