R. R. Reno offers an incisive analysis of the “rage politics” surrounding the Kavanaugh confirmation. He suggests that it’s class rage, focused on sex. That’s not a surprise, since the sexual revolution is by far the most enduring legacy of the social revolution at the middle of the last century.

The rage against Kavanaugh is, he speculates, a class rage, proportionate to socio-economic status: “It is an elite rage of law professors and management consultants. It’s the rage of the powerful, which is always more dangerous than the rage of the downtrodden. It finds articulate, well-placed leaders who can draw upon fully theorized narratives of oppression. They position themselves to speak for all who resent exclusion or exploitation, actual or perceived. They draw upon an intersectionality of rage.”

It’s also a mirror of the rage politics that fueled Trump’s political ascent. For that reason, stoking up rage is a risky strategy for the Democratic party: “the rage on display during the Kavanaugh hearings will not be easy to contain. It is fueling Leftist populism, which is on the rise. It highlights the Left’s own destabilizing politics of rage and destruction.”

And it’s a rage that focuses resentment of those who have been left out, excluded, oppressed: “Over the last two generations, social status has come to be defined more and more narrowly in terms of elite education, professional status, and wealth. These are zones of intense competition. Something similar has happened in the once heavily regulated arena of male-female relations. These days, the male-female dance is riven by fears of exploitation, betrayal—and, now, retribution. In this context, Ford speaks for the many, for those who feel they’ve been cheated, sidelined, used, ignored, insulted, excluded, and otherwise mistreated by the few who, like Kavanaugh, seem to sail through life unscathed.”

In a different key, Michael Hanby warns about the dangers of pastoral bridge-building to the LGBT community. Compassionate as it aims to be, this effort “obscures what is most fundamentally at stake for the human future in the question of sexual ‘identity’: the truth of the humanum and the human archetypes by which we order our lives.” In short, “We seem to have lost our capacity to think and speak about ‘LGBT identity’ without capitulating to it.”

It’s fiendishly easy to be capitulate, without quite knowing it. Hanby, for instance, analyzes the concept of a “heterosexual orientation.” To treat this “as one of two species of the genus sexuality, is already ‘gay,’ since both ‘species’ presuppose that sexual desire and identity are only arbitrarily related to a meaningless biological substrate. . . . if ‘gender,’ like ‘orientation,’ is merely a function of a self-appropriated identity distinct from one’s sexually differentiated body (now relegated to the realm of ‘mere biology’), then in fact there is no longer any such thing as man or woman as heretofore understood. We are all transgender now, even if gender and sexual identity accidentally coincide in the great majority of instances.”

Hanby cites John Paul II’s and Benedict XVI’s opposition to this trend, and is astonished that their warnings should be forgotten so quickly. The Catholic Church, he says, doesn’t see what is at stake. They have forgotten Benedict’s prophetic words late in his Papacy: “Man calls his nature into question. From now on he is merely spirit and will. The manipulation of nature, which we deplore today where our environment is concerned, now becomes man’s fundamental choice where he himself is concerned. From now on there is only the abstract human being, who chooses for himself what his nature is to be. . . . The defense of the family is about man himself. And it becomes clear that when God is denied, human dignity also disappears. Whoever defends God is defending man.” 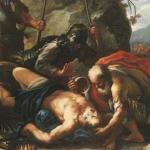