Several essays in the book, Believer’s Baptism, observe the inconsistencies in paedobaptist defenses of infant baptism.

In the introduction, editors Thomas Schreiner and Shawn D. Wright focus on the issue of apostasy. If the warning passages in, say, Hebrews are real threats to people within the covenant community, then “some who have the law written on their heart and who have received the forgiveness of sins (Heb 10:16-18) are not truly forgiven.” This position puts “a wedge between those who are elect and those who are forgiven of their sins,” and they suggest that “paedobaptists would be more consistent if they argued that those who are saved can lose their salvation.”

The Baptists are right. Almost.

But there is. Calvin’s, for instance.

On Hebrews 6:4 (which Schreiner and Wright cite, oddly, as evidence that “no one can even be a partaker of the Holy Spirit . . . and not belong to the elect”), Calvin says: “he falls away who forsakes the word of God, who extinguishes its light, who deprives himself of the taste of the heavenly gift, who relinquishes the participation of the Spirit.” The apostate turns “from the Gospel of Christ, which they had previously embraced, and from the grace of God.”

On Hebrews 10:29, Calvin adds, “to do despite to [the Spirit], or to treat him with scorn, by whom we are endowed with so many benefits, is an impiety extremely wicked.” We are to “learn that all who willfully render useless his grace, by which they have been favored, act disdainfully towards the Spirit of God.”

Such quotations can be, and have been, multiplied.

Schreiner and Wright also complain about paedobaptism inconsistency with regard to the Supper. Most paedobaptist churches baptize babies but withhold communion, “but such a divide between baptism and the Lord’s Supper cannot be sustained from the NT,” nor from the OT for that matter.

Again, the Baptists are right. Almost.

They are wrong because they go on to say that admitting children to the table means admitting “unbelievers” who are going to eat and drink judgment to themselves. Grant the point. My two-year-old may be hardened in unbelief and sin.

But then I suspect the same was true of two-year-old Hebrews at Passover, Pentecost, and Booths, and Yahweh still wanted them among His people at His table. So, this point stands only if we accept the whole Baptist argument. Which we don’t.

Centrally, Schreiner and Wright complain about the inconsistency of proclaiming salvation by faith alone and then giving “the sign of that faith (baptism) to those who have not exercised faith (infants).” They agree with Paul Jewett’s alarmingly italicized statement: “To baptize infants apart from faith threatens the evangelical foundations of evangelicalism.”

The Baptists are right. Of course, baptizing infants threatens evangelicalism. Infant baptism is a gauntlet thrown down to evangelicalism, because evangelicalism is Baptist through and through.

If the suggestion is, however, that infant baptism is a threat to Protestant theology, nothing could be more mistaken. Obviously, Protestantism began as a paedobaptist movement. We can toss the charge of inconsistency back to the Baptists: How can you venerate a Protestant tradition that undermines the foundations of the gospel?

I’ve said before that the reason why Baptist-paedobaptist arguments go nowhere is because it is a fraternal rivalry. Many paedobaptists, especially in the Reformed churches, are semi-Baptists. It’s a scrimmage, not a real game. Whichever side wins, the Baptist position triumphs.

It’s time for a real debate. 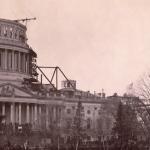 Evangelical
Do Baptists Talk to Their Babies?
Leithart

Evangelical
Meeting Us Where We Are
Leithart
TRENDING AT PATHEOS Evangelical