John Stuart Mill hoped (in Jason Brennan’s summary) “that getting people involved in politics would make them smarter, more concerned about the common good, better educated, and nobler. He hoped getting a factory worker to think about politics would be like getting a fish to discover there’s a world outside the ocean. Mill hoped political involvement would harden our minds yet soften our hearts. He hoped that political engagement would cause us to look beyond our immediate interests and instead to adopt a long-term, broad perspective.”

As Brennan’s title – Against Democracy – indicates, he thinks that Mill was wrong. He thinks Joseph Schumpeter closer to the truth when he wrote “The typical citizen drops down to a lower level of mental performance as soon as he enters the political field. He argues and analyzes in a way which he would readily recognize as infantile within the sphere of his real interests. He becomes a primitive again.”

He’s not worried about the decline of political participation. On the contrary he celebrates it. The current decline “is a good start, but we still have a long way to go. We should hope for even less participation, not more.”

In contrast to political theorists who want politics to occupy more of our attention, time and energy, Brennan thinks that in a ideal world “politics would occupy only a small portion of the average person’s attention. Ideally, most people would fill their days with painting, poetry, music, architecture, statuary, tapestry, and porcelain, or perhaps football, NASCAR, tractor pulls, celebrity gossip, and trips to Applebee’s. Most people, ideally, would not worry about politics at all.”

Political actors are hobbits, hooligans, or vulcans. Hobbits are apathetic and ignorant; hooligans opinionated but narrow; vulcans are actually rational about politics. There are few vulcans. Most of us are hobbits and hooligans. Brennan thinks this is OK, and that trying to get hobbits to care is harmful to hobbits.

But “An electorate is not like an individual. It is a collection of individuals with separate goals, behaviors, and intellectual credentials. It is not a unified body in which every person advocates the same policies.” And that means that “some people impose their decisions on others. If most voters act foolishly, they don’t just hurt themselves. They hurt better-informed and more rational voters, minority voters, citizens who abstained from voting, future generations, children, immigrants, and foreigners who are unable to vote but still are subject to or harmed by that democracy’s decisions. Political decision making is not choosing for oneself; it is choosing for everyone. If the majority makes a capricious decision, others have to suffer the risks.”

Democratic norms are taken for granted. Brennan doesn’t think they ought to be. They need to be justified. He doesn’t believe that democracy should be valued for its own sake. Rather, “democracy’s value is purely instrumental; the only reason to favor democracy over any other political system is that it is more effective at producing just results, according to procedure-independent standards of justice.” If it can’t be proved more effective, it should be abandoned.

Brennan’s bracing arguments are serious, worthy of consideration. His suspicions of democracy are deeply rooted in the Western tradition – indeed, in the American tradition as well, for the Founders insisted that they didn’t want to institute a democracy, a form of government they feared.

Still some turns of Brennan’s argument depend on a particular understanding of what “politics” is. If we take “politics” to mean policy debates, inner-Beltway scandal and gossip, detailed knowledge of the political system and who occupies what position, then Hobbiton seems a blissful place to be.

If we take “politics” in a more classical sense, as having to do with the way we live together, then a lack of concern for politics appears more dangerous and sinister. Political involvement in this sense doesn’t necessarily take the form of voting or advocacy; there are other ways to serve the common good. In this sense, Robert Putnam’s bowling leagues are agents of political involvement. And if Putnam is right that such social/civic organizations are losing their grip, we may be experiencing a “political” erosion more fundamental than a decline in voting. 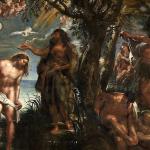 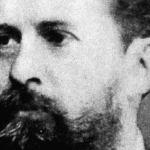 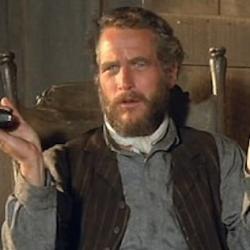