The final section of Proverbs is organized as an acrostic. The first letters of the verses of the poem move through the Hebrew alphabet in succession. JA Motyer has described acrostics as “a poetic way of saying that a total coverage of the subject was being offered.”

The Hebrew canon is also sometimes organized in a 22-structure. The MT is set up as a twenty-four book list, but Josephus refers to 22 books. These are probably the following: the five books of Moses, the eight books of the prophets (Joshua, Judges + Ruth, Samuel, Kings, Isaiah, Jeremiah + Lamentations, Ezekiel, and the Twelve), and the nine writings (Psalms, Proverbs, Job, Song of Songs, Ecclesiastes, Esther, Daniel, Ezra-Nehemiah, Chronicles). The Scriptures are an “alphabet” of God’s revelation.

In some Jewish writing, this goes off into speculations about the Hebraic alphabetic structure of the cosmos. The Sefer Yetzirah is based on the idea that God speaks Hebrew, and therefore when he speaks the world into existence, He is using different combinations of the 22 Hebrew letters. The author finds the number 22 in various cosmic structures. There are three mother letters, seven doubles, and twelve simples, and the combinations of these different sorts of letters structures the world. Three is God’s number (the three letters of Yahweh), seven the number of creation, and 12 the number of Israel.

Waltke gives an insightful analysis of the structure of the poem. He points out that the whole is framed by seven verses (3 at the beginning, 4 at the end) that refer to her “worth” (vv. 10-12) and her “praise” (vv. 28-31). These are conceptually linked, since her worth is what makes her praise-worthy, and this conceptual connection is reinforced by several verbal links between the beginning and end of the poem: wife/woman (vv. 10, 30), strength (vv. 10, 29; Heb. chayil , translated as “excellent” and “nobly” in NASB); and husband/lord (vv. 11, 28; Heb. ba’al ).

These frame verses are themselves chiastically organized:

Waltke discusses Al Wolters’s suggestion that this poem at the end of Proverbs is connected to the enumeration of the virtues of the man who fears God in Psalm 112. The two passages share a good deal. Both are acrostic poems, both describe the virtues of a particular person, including the virtue of fearlessly facing the future. Both accent the generosity of the person: The strong woman gives and assists the poor, and the righteous man of the Psalm also shows compassion, is gracious, and lends.

Waltke also suggests, following Wolters again, that the portrait of the strong woman in Proverbs 31 is indebyed to “Israel’s heroic poetry, characterized by recounting the hero’s mighty deeds, usually his military exploits.” Wolters compares the poem to the Song of Deborah in Judges 5 (which celebrates another heroic woman, Jael) and to the women’s songs for Saul and David. There are a number of verbal connections. First, the woman is called “valiant” or “strong,” and the word frequently has military connotations (Pharaoh’s “strength” in Exodus 14:4, 9, 17, 28; 15:4).

Two conclusions may be drawn from these connections: First, the woman’s work is domestic, economic, craft-work, and yet the poem celebrates it in heroic terms. A heroic poem for someone engaged in domestic labor is remarkable in the ancient world, and shows something of how God regards the work of women. The great battle of the world is between the seed of the serpent and the seed of the woman – not the seed of the man! In their care for their households, wise women are on the front lines of God’s holy war.

Second, Waltke points out that the emphasis throughout the poem is on action and strength, not on beauty. In fact, the poem ends debunking beauty by stressing its impermanence. Of course, Scripture also includes the Song of Songs, and that too is wisdom literature. But the emphasis here is on the glory and beauty of the woman’s strength, productivity, wisdom, and prudence. Those don’t fade. 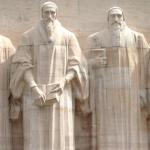 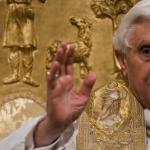 March 13, 2018 Eros and Agape
Recent Comments
0 | Leave a Comment
Browse Our Archives
get the latest from
Evangelical
Sign up for our newsletter
POPULAR AT PATHEOS Evangelical
1