William Mann has argued that when medievals identify God with His attributes, they identify Him with “property instances,” specific individuals in a relationship of instantiation with the universals that they instantiate.

Jeffrey Brower (“Making Sense of Divine Simplicity,” Faith and Philosophy 25: 1 [2008]: 3-30) explains, “As Mann sees it, therefore, we must distinguish between two very different kinds of property-abstract universals such as goodness, power, and wisdom, and concrete individual properties such as God’s goodness, God’s power, and God’s wisdom, which are instances of the corresponding universals. With this distinction in hand, he suggests that the medieval doctrine of simplicity requires the identification of God with properties of only the latter sort. Thus, if God and one of his creatures, such as Socrates, are both good, it will be true that they both stand in relation to the same universal, goodness. At the same time,however, it will also be true that they stand in this relation by virtue of possessing their own numerically distinct, concrete individual instances of goodness – namely God’s goodness in the case of God (which is identical God), and Socrates’ goodness in the case of Socrates (which is distinct him)” (8-9).

Brower doesn’t think this will work. In fact, it undermines the main aim that led to the notion of simplicity in the first place – the goal of preserving God’s aseity:

“the property-instance interpretation of simplicity must ultimately be rejected. As is often pointed out, one of the chief motivations historically for the doctrine of divine simplicity is divine aseity-that is, the view that God is an absolutely independent being, and hence exists entirely from himself (a se) But if God is a property instance, he will lack aseity. For property instances, at least as Mann conceives them, are dependent for their existence on the universals of which they are the instances. Thus, if God is identical with his goodness, even where his goodness is conceived as a property instance, God will depend for his existence on something distinct from himself, namely, the universal property of which his goodness is an instance, being good; and the same will be true for each of his other property instances” (9).

Besides that, as Brower argues elsewhere, God is a Person and persons aren’t properties (Oxford Handbook of Philosophical Theology).

Brower goes on to defend a revised understanding of simplicity that he describes as the “truthmaker theory.” In his essay in the Oxford Handbook, he describes a truthmaker in this fashion: “‘Truthmaker’ is something of a term of art in contemporary philosophy, but the idea behind it is perfectly intuitive. Many of the predications we make about the world are true. That much seems obvious. But many of us also think it is obvious that when such predications are true, their truth must be a function of the way the world is. That is to say, when a predication of the form ‘a is F ’ is true, there must be something that makes it true—or better, some thing (or plurality of things) which explains its truth or in virtue of which it is true. As these qualifications indicate, the notion of ‘making’ at work here is not causal, but explanatory” (110).

Brower admits that a “truthmaker” is ontologically thin but sees that as an advantage: “it leaves open the possibility that truthmakers can belong to ontological categories of very different kinds, including both concrete individuals (such as persons) and properties” (111).

This avoids, he argues, the difficulties with the “property” understanding of simplicity: “the doctrine does not require that God is identical with each of his properties, and hence is himself a property. In fact, it does not even require that God has any properties at all (in the ontologically loaded sense of exemplifiables). On the contrary, all the doctrine requires is that, for every true intrinsic divine predication, there is a truthmaker and God is identical with that truthmaker. But there is nothing obviously absurd about that” (112).

This has some affinities with Paul Hinlicky’s “rule” concept of simplicity (Divine Simplicity). James Dolezal gives a strong endorsement of the “truthmaker account” of simplicity (God Without Parts), concluding a discussion of Brower with: “The only way to hold that God is most absolute with respect to his intrinsic perfections is if we understand God himself as the minimal truthmaker for each one. If God possesses his properties as properties in the strict metaphysical sense then he will only be, at beast, a relative absolute inasmuch as he will depend upon the stability and integrity of the properties themselves. In this scheme the divine attributes account for God rather than the other way around. To make this assumption, as so many modern Christian philosophers and theologians are wont to do, is to diminish God’s absoluteness and to allow a soft Platonism to lodge within the Christian doctrine of God” (163). 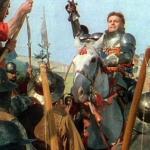 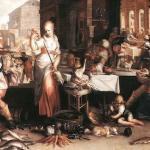