Fergus Kerr, explicating Thomas’s understanding of divine simplicity, acknowledges that “The doctrine of divine simpleness seems to make God so utterly different from anything created – so ‘totally otherwise’ – that any claim to have knowledge of God would be ruled out on the grounds that that which is ‘simple’ could never be known by ‘composites’ such as we human beings are” (quoted in Hinlicky, Divine Simplicity, 48).

At this point, Kerr fends off this conclusion by citing ST 1.21.1, Thomas’s affirmation that we are able to see God as he is in the beatific vision. Thus, the danger that simplicity would render God wholly unknowable is fended off by an appeal to eschatology.

Hinlicky argues that this tension runs through Thomas’s doctrine of God, and renders it “unstable.” Citing Kerr, he suggests that Thomas is aiming at a middle course, battling on two fronts. He believes that God’s existence is discoverable by reason; but it is something he believes, a matter of faith (based on Romans 1:20).

The analogy of being provides this middle way. In Hinlicky’s words, “when we predicate of God’s perfections we are familiar with in ourselves . . . we are speaking reality. Thus the analogy of being is intended not just as a way of talking but is grounded [in Kerr’s words] ‘on the real relationship that creatures have toward God as the source and cause of being'” (48).

The instability arises because this eschatologically-oriented conception, the kataphatic frame enabled by the analogy of being, “founders on the cosmological framework assumed with its protological bias from which the doctrine of simplicity derives” (Hinlicky, 48-9). That is: Hinlicky has argued that Thomas formulates simplicity as part of a mediation on God as the first cause; it is what we know of God not by faith but by reason, not eschatologically but protologically.

This leaves Thomas’s theology oscillating “unstably between univocity for the sake of a meaningful similitude and equivocation in a dialectic in which the power of the negative in the end prevails. Sheer pointing to a Beyond as the really Real of our reality that is on examination is no more than a Not-Nothing is not, in any event, the Christian knowledge of God – not the God of the gospel, who comes to us in our weakness and for us in spite of our enmity to redeem HIs lost creation and bring it to fulfillment” (49). 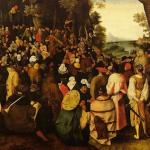 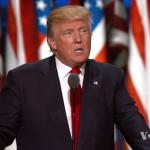 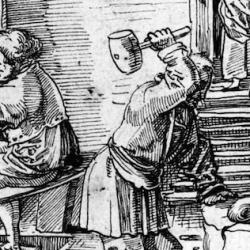