Century of the Bible

Brian Stanley (Christianity in the Twentieth Century) is aware that the “Bible is the fountainhead of all Christian traditions,” perennially central to the church’s life. But he suggests that “the twentieth century may have a better claim than any other to be labeled the century of the Bible” (9).

He elaborates: “In the course of the century more peoples received the Scriptures in their own language than in any preceding century. As they did so, biblical narratives and the stories of their own history – in the case of African peoples, frequently painful ones of enslavement and colonization – began to interact with one another in ways that had profound implications both for their understanding of the Christian faith and for their own developing sense of nationhood” (9).

Protestant Bible societies were at the forefront of this expansion but “it is worth remembering that the British and Foreign Bible Society was happy to cooperate with Orthodox and Catholic as well as Protestant churches, and that even some Catholic bishops supported modern Bible translations” (9).

The distribution of the Bible had a global political impact: “Modern vernacular translations of the Bible contributed to the formation of ethnolinguistic identity and hence national consciousness,  not simply in areas of Protestant dominance such as Korea or parts of tropical Africa, but also in Orthodox Serbia or Catholic Croatia, where the first vernacular Bibles had been published in 1868 and 1895 respectively” (9).

Vatican II “lifted many of the traditional restraints on lay Catholic engagement with the biblical text, opening the door to new styles of popular Catholicism such as those fashioned by the Base Ecclesial Communities in  Latin America.” Partly through its encouragement of Bible study, the Council provoked “an upheaval in the tectonics of Christian confessionalism . . . narrowing the old fault lines between Catholic and Protestant, while pushing up new ones between contrasting styles of Roman Catholic” (9-10).

Stanley returns to the point later in a discussion of the prophetic movements in Africa. “The role of the Bible societies in effecting the transformation of Christianity into a global religion,” he writes, “is still undervalued. Societies such as the British and Foreign Bible Society (1804), the American Bible Society (1916) and, more recently, the Wycliffe Bible Translators (1942) have supplied the vernacular scriptures without which Christianity could never have taken its current shape as a multicultural religion” (59).

The impact of Bible translation was massive: “As Bible translations into a host of non-European languages multiplied in the course of the twentieth century, the Bible ceased to be a European book. Or, to be more accurate, it finally became recognized for what it always had been – a book (or library of books) rooted in the Semitic cultures of western Asia and whose central themes resonated with the everyday concerns of many ‘primal’ peoples” (61).

Readers in Africa and elsewhere concluded that some of the key figures of European Christianity – priests and pastors – were “largely absent” from the Bible. Instead, they found evangelists and prophets. Reflecting what they saw in the Bible, Africans made the twentieth century “the age of the evangelist and the prophet” (61).

The church’s growth in Africa, Asia, and Oceania “was the result of the unspectacular witness of indigenous leaders of minimal theological education but abundant zeal . . . whose only textbooks were a vernacular catechism for Catholics, New Testament or Bible for Protestants, and sometimes a hymnbook” (61). Plenty, as it turned out, to turn millions to Jesus and to alter the fact of global Christianity.

July 12, 2018 You Are Witnesses
Recent Comments
0 | Leave a Comment
"I'm pretty safe in telling you that you, like all human beings, interpret. Translation is ..."
Christopher Laird Theology’s Handmaid, Again
"In accordance with reason."
Mat Kay Don’t Do, Don’t Desire
"Very good, Peter- you clarified for me about Judah and Tamar. Thanks!"
JimBull2 Tamar the Righteous
"Fantastic essay and strong finish -- "Heraclitus has taken institutional form. Flux has become our ..."
tovlogos Apocalypse Now?
Browse Our Archives
get the latest from
Evangelical
Sign up for our newsletter
POPULAR AT PATHEOS Evangelical
1

Evangelical
Altar on the East
Leithart

Evangelical
Death and the Community
Leithart 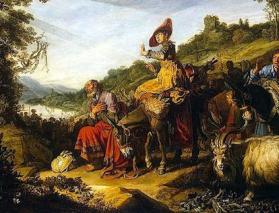