Martyrdom is the true resistance to the powers and principalities that rule in heavenly places.

Witnesses broke the old creation order. Martyrs shattered the Roman world, so that God’s throne was set up in Europe and began shaking things.

Early Christians were witnesses against the religious foundations of Rome. Rome existed because of a “social contract” between gods and Romans; as long as the Romans honored their gods, the gods would give Rome success.

Christians broke the social contract by their silence, by their refusal to worship Caesar, by their insistence that Jesus is Lord.

As Steven D. Smith has pointed out (Pagans & Christians in the City), we have now reached a point in the U.S. where Christian transcendence challenges the underpinnings of social order.

This is now seen as “an impermissible relinquishment of the community’s complete sovereignty.” Conscience is the higher power, the sacred, that must be protected.

Christian talk is seen as discriminatory and bigoted, intolerable in public. And, as Smith says, the space of the public is increasing.

Religion has been squeezed from public into a relatively free space outside the walls. But this space is shrinking “as the public sphere has expanded, leaving less room for the private.” Antidiscrimination laws apply to institutions and businesses: “Antidiscrimination laws have the effect of annexing the marketplace, once mostly thought of as a private sphere, into the public domain, at least for many important purposes.” We’re still free to practice religion in private, “but the ‘private’ no longer includes the domain of business, or economic activity.”

Reasonable opinions are permissible in public, but religious opinions are by definition irrational. Thus Robin West demands that we “accept the ‘shared’ public norms as a condition of participating in the public sphere, including the economic marketplace.”

As in Rome, Christians are deviants; we don’t accept the rules of the game. When we say Jesus is Lord, we’re saying that the people are not. that God imposes limits on human freedom.

We don’t need to seek martyrdom. Living a faithful Christian life will put us at odds with the rules of the game. If we teach our children that the Bible is true, we’ll be considered by some to be child-abusers. If we say that abortion is murder or that sodomy is an abomination (which is what the Bible says), we’re bigots. If we try to live Christianly in public – including the workplace – we may well face the wrath of the gods.

Every time we bear witness, every time we say “we must obey God rather than man,” we are challenging the very foundations of contemporary political order. We are messing with the gods of conscience and consent as surely as the early Christians messed with the Roman gods.

Every time we resist by faithful witness, we prove the impotence of the gods who oppose us.

Every time we bear witness, we put another crack in the firmament, and the throne of God, flashing with lightening and rumbling with thunder, descends to earth to shake Babylon to the ground. 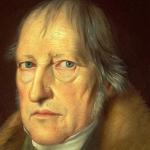 October 22, 2018 Through the Microscope
Recent Comments
6 Comments | Leave a Comment
"NOOOOOO 😭😭Z.2633K.US/ab4859Z"
Moon-Lily Tamar the Righteous
"wow! pretty fast, i must sayf.636WN.CO/Nq4859U"
joeman123456 The Hidden One
"I ship them, come at me however u want I don't care. I want them ..."
TheEventHorizon Tamar the Righteous
"After reading it, I couldn't help thinking of my favorite book💯W.GEOGIPHY.COM/R4859m"
FaqSands Divine Simplicity: An Experimental Response
Browse Our Archives
Related posts from Leithart

Evangelical
You Are Witnesses
Leithart