John Gray (Seven Types of Atheism) says that “Contemporary atheism is a flight from a godless world. Life without any power that can secure order or some kind of ultimate justice is a frightening and for many an intolerable prospect. In the absence of such a power, human events could be finally chaotic, and no story could be told that satisfied the need for meaning. Struggling to escape this vision, atheists have looked for surrogates of the God they have cast aside.”

But that quest for surrogates is dependent on the very theism that atheists want to escape: “faith in humanity makes sense only if it continues ways of thinking that have been inherited from monotheism. The idea that the human species realizes common goals throughout history is a secular avatar of a religious idea of redemption.” The result is that atheism is a restricting anti-creed: “While atheists may call themselves freethinkers, for many today atheism is a closed system of thought. That may be its chief attraction. ”

This has not always been the case, Gray argues: “there have been some who stepped out of monotheism altogether and in doing so found freedom and fulfilment. Not looking for cosmic meaning, they were content with the world as they found it.”

Gray defines an atheist as “anyone with no use for the idea of a divine mind that has fashioned the world. ” By this definition, many very religious people are atheists – they may believe in one God or many, but if they don’t believe that a single God created the world, they’re atheists in Gray’s book.

As the title suggests, Gray identifies seven forms of atheism: “The first of them – the so-called ‘new atheism’ – contains little that is novel or interesting. . . . The second type is secular humanism, a hollowed-out version of the Christian belief in salvation in history. Third, there is the kind of atheism that makes a religion from science, a category that includes evolutionary humanism, Mesmerism, dialectical materialism and contemporary transhumanism. Fourth, there are modern political religions, from Jacobinism through communism and Nazism to contemporary evangelical liberalism. Fifth, there is the atheism of God-haters such as the Marquis de Sade, Dostoevsky’s fictional character Ivan Karamazov and William Empson himself. Sixth, I will consider the atheisms of George Santayana and Joseph Conrad, which reject the idea of a creator-god without having any piety towards ‘humanity’. Seventh and last, there are the mystical atheism of Arthur Schopenhauer and the negative theologies of Benedict Spinoza and the early twentieth-century Russian-Jewish fideist Leo Shestov, all of which in different ways point to a God that transcends any human conception.”

He doesn’t have much use for the so-called “new atheists” who “have directed their campaign against a narrow segment of religion while failing to understand even that small part. Seeing religion as a system of beliefs, they have attacked it as if it was no more than an obsolete scientific theory.”

They are heirs to Comte in their belief that “religion is a primitive sort of science.” This is, Gray says, “a primitive view, and a remark made by Wittgenstein about Frazer applies equally to Richard Dawkins and his followers: ‘Frazer is much more savage than most of his savages … His explanations of primitive practices are much cruder than the meaning of these practices themselves.'”

New Atheists revive a Victorian debate between religion and science. It was never much of a debate the first time round, and it’s not much of a debate now. Gray doesn’t think science can refute religion, certainly not by showing it’s an illusion: “The rationalist philosophy according to which religion is an intellectual error is fundamentally at odds with scientific inquiry into religion as a natural human activity. Religion may involve the creation of illusions. But there is nothing in science that says illusion may not be useful, even indispensable, in life. The human mind is programmed for survival, not truth. Rather than producing minds that see the world ever more clearly, evolution could have the effect of breeding any clear view of things out of the mind.”

New Atheists miss the real weak point of Christian faith: “The real conflict is not between religion and science but between Christianity and history.” 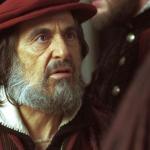 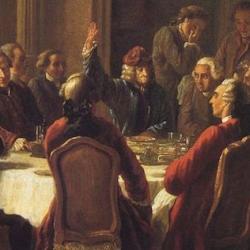