Suffering and Death in Hebrews

Bryan Dyer deploys some sophisticated critical tools to establish the “context of situation” for the book of Hebrews in his Suffering in the Face of Death. He uses the “semantic domain theory” reflected in the Louw-Nida Lexicon to identify the variety of language the writer uses to describe suffering and death and to identify key passages where clusters of these terms appear.

This is backed up by the work of M.A.K. Halliday, whose “systemic functional linguistics” starts from the assumption that “language is a system of choices and meaning potential in which users convey meaning within a social context” (55). In Halliday’s words, “all language is language in use, in a context of situation, and all of it relates to the situation” (55). Dyer uses Halliday’s theory to establish the connection between the text of Hebrews and its social context, so that he can infer the historical situation from the language (61).

All this heavy artillery may seem to be targeted on an obvious point – suffering and death are important topics in the letter to the Hebrews. But Dyer’s methodological care pays off, as his approach yields some important results for understanding the letter.

For instance: Some have read Hebrews as a cross-centered letter, with scant attention to the resurrection (cf. David Moffitt, Atonement and the Logic of Resurrection in the Epistle to the Hebrews). Dyer shows that “God’s power over death” is a recurring theme in the book (108). He also shows the recurring link between suffering and sonship. Jesus learned (mathein) obedience by suffering (pathein), and so do His “brothers,” who are themselves sons of God (109; the rhyming wordplay is a trope of ancient Greek [p. 170] – one of the most delightful discoveries in the book!). Readers of Hebrews will know that Jesus the Son suffered, and that the Father demonstrates our sonship by discipline; Dyer highlights the inner connection between those realities (obvious, once pointed out, but not obvious in reading the letter).

One of Dyer’s tests is whether or not he can show how the topics of suffering and death cohere with the rest of the letter. Hebrews 11 is not simply a “hall of faith,” but a series of exempla of faithfulness in suffering and the face of death. He notes that 11:25 informs us that Moses chose to “suffer together” with Israel, a and links this to the vocation of the audience of the letter to be “partners” in suffering (10:33) and to share the suffering of those in prison (10:34); the readers are to remember their imprisoned brothers as if they were in prison with them (155). They are, in short, to mimic the faith of Moses, which foreshadows the faith of Jesus.

Jesus’ faithfulness in suffering is, of course, the main exemplum, and Dyer suggests that this is one reason the writer emphasizes Jesus’ humanity (173). Yes, but perhaps we can push this further: Jesus is the Son in whom the Father has spoken in these last days; He is the final self-revelation of God Himself, and so Jesus’ human suffering directs attention to the God of Israel, who is willing to enter the world of death for us.

Another example of coherence: Dyer suggests that the exhortations to honor and follow leaders (ch. 13) has a specific force: As the leaders have been faithful under duress, so the members of the church should be. Chapter 13 isn’t dangling off at the end of the letter, but is neatly integrated into it.

I’d suggest that we can be more specific about the setting. Hebrews is written during the “apostasy” that Jesus warned about in the Olivet Discourse, an apostasy driven by the threat of death and imprisonment. Hebrews itself is a sign of the impending end of the age. 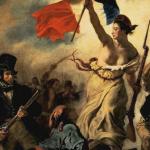 November 19, 2018 Old-New Atheism
Recent Comments
0 | Leave a Comment
"NOOOOOO 😭😭Z.2633K.US/ab4859Z"
Moon-Lily Tamar the Righteous
"wow! pretty fast, i must sayf.636WN.CO/Nq4859U"
joeman123456 The Hidden One
"I ship them, come at me however u want I don't care. I want them ..."
TheEventHorizon Tamar the Righteous
"After reading it, I couldn't help thinking of my favorite book💯W.GEOGIPHY.COM/R4859m"
FaqSands Divine Simplicity: An Experimental Response
Browse Our Archives
Related posts from Leithart