He provides an innovative sketch of the pastoral impetus behind the letter. In apostolic Christianity “nothing was said about post-baptismal sin. They simply assumed that they would remain in a state of grace until the parousia. But as time passed, some of them at least began to be oppressed by renewed consciousness of sin, and the gospel as they had received it appeared not to allow for it. We can imagine that the leaders took a pastoral concern . . . and tried hard to persuade them that Christ’s sacrifice covers the present as well as the past . . . . they knew from their Jewish past that atonement for sin is constantly attended to in Jewish liturgy. The return to the Jewish community thus offered a practical way of coping with a problem which was deeply felt and not adequately provided for in the Christian teaching which they had received” (13-14).

In short, “From a practical point of view what the readers need is renewed confidence in the value of the Christian liturgy. This is why Hebrews mentions it in 13.10-16 as the alternative to Jewish practices. But they will regain confidence only if they can be convinced that it can meet their present need” (14).

That confidence rests on the continuing efficacy of the sacrifice of Jesus, which the letter explains in terms of the day of atonement: “The readers have a real and distressing problem of conscience. They need to feel that they are forgiven. So part of the argument is devoted to explaining how their knowledge of atonement can be experienced in the present and maintained in the future” (14).

I don’t find Lindars’s reconstruction of the setting convincing. It’s more likely, I think, that Hebrews is addressing the apostasy that Jesus predicted would happen before the end of the apostolic age. Yet Lindars’s argument does have the virtue of highlighting the liturgical thrust of the epistle. It’s not about the end of cult, but the extension of liturgy to the whole of life, showing the foundations for a life of “acceptable service” to the God who is a consuming fire (12:28-29). 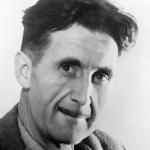