I have been meaning for some time to write a review of Brad Gregory’s The Unintended Reformation, which came out five years ago now and attracted a lot of attention. Reformation scholars, at least those focusing on theology, have, generally, panned the book, while Catholic apologists of course find it red meat.

Personally, I greeted it with delight when I first began to read it, as the book I would have wished to write myself if I had had the time and the learning to do so. On soberer analysis, it certainly has significant faults, and many of the objections that reviewers have raised are entirely valid. Nonetheless, I find the central thesis hard to dispute. No doubt some of this derives from my youthful exposure to the writing of Chesterton, but my years of studying the Reformation with David Steinmetz tended to confirm rather than refute that early impression. (It is only fair to say that Steinmetz himself was not a fan of Gregory’s book–indeed the last conversation I ever had with him was in large part an argument on this very subject.)

The thesis is quite simple and is stated by the subtitle of the book: “How a Religious Revolution Secularized Society.” Gregory argues that the division caused by the Reformation–the breakdown of the broad consensus on the basic questions of life that had characterized the Middle Ages–contributed decisively to the rise of a society in which these questions would be answered in secular ways, and indeed in which no coherent and unified answers would be possible. He articulates this in six specific ways, to each of which he dedicates a chapter:
1. Metaphysics (Excluding God): division over the proper understanding of divine revelation led Europeans to fall back on an already existing concept of God as the “greatest being” within a rationally comprehensible universe, a view of God which (unlike the more orthodox, apophatic view that had previously prevailed) would turn out to be “excluded” by the rise of modern science.
2. Epistemology (Relativizing Doctrines): division over what the proper doctrines were led inevitably to skepticism and relativism about the possibility of ultimate truth.
3. Politics (Controlling the Churches): the breakdown of a unified Church led to governmental control of religion, and eventually to the exclusion of religion from public life

4. Ethics (Subjectivizing Morality): The relativization of doctrinal claims, combined with the Protestant rejection of traditional Catholic soteriology and ethics, led to the breakdown of moral consensus described by Alistair MacIntyre in After Virtue.
5. Economics (Manufacturing the Goods Life): All of these previous developments, combined with the sheer chaos and violence of Reformation-era warfare, led to an unleashing of greed that, freed from the restraints of traditional Christian ethics, created modern capitalist society.
6. Secularizing Knowledge: The traditional understanding of education as a quest for truth beneath the broad umbrella of the Church turned into a purely secular quest for objective, rational knowledge, which, as in other areas of modern society, eventually broke down into subjectivism and pragmatism.

In subsequent posts, I’ll look at each of these chapters in detail. But first I want to say something about Gregory’s basic methodology, which I think has often been overlooked or simply dismissed contemptuously by his critics.

In his first book, Salvation at Stake, Gregory took on what he saw as reductive, secularist, theory-driven approaches to the phenomenon of martyrdom (specifically martyrdom at the hands of other Christians in the Reformation era). He insisted that we must attempt to understand sixteenth-century people on their own terms rather than claiming to understand them better than they understood themselves. This created a great kerfuffle at the Sixteenth Century Studies Conference, but many Protestants as well as Catholics appreciated his respect for sixteenth-century Christians of all stripes. (In fact, I couldn’t tell from the book that he was Catholic). While many Protestants have seen The Unintended Reformation as nothing more than Catholic propaganda, it needs to be understood in terms of his overall project of rescuing Reformation history from reductivism and what Gregory calls “supersessionism” (the view that our present inevitably followed from the past and is superior to it). Gregory sees the hyper-specialization of historical scholarship as an obstacle to serious, respectful analysis of the collective choices that made history take one turn rather than another. He is trying to do a kind of meta-history that all the scholarly fashions of our time militate against. Hence, I think that a lot of the criticisms misfire. We need to consider first whether, in fact, what he’s trying to do can and should be done, and then whether he has, overall, succeeded in doing it (if it should be done).

I think that what he’s trying to do is ambitious and, in the nature of things, impossible to do perfectly. He’s working at such a large scale of generalization that he’s certain to make a lot of mistakes–and he does. He also has a tendency to be overly grandiose and combative in tone (which got him in trouble with the previous book as well), and this puts people’s backs up. But I think his book is, on the whole, a much-needed trumpet blast waking us up from the slumber of hyper-specialization and dreary reductionism.

One possible criticism is that while he argued in the previous book for understanding past figures on their own terms, in this book he claims that, in a way, he understands what happened in the Reformation better than the Reformers did. But I think Gregory would respond that he’s not claiming that their actions were “really” something other than they thought they were, but simply that their sincere religious reforming efforts led to consequences down the road. And that is, as far as it goes, correct. Nonetheless, there are places where Gregory does seem to impose a “metanarrative” that distorts what the Reformers themselves thought they were doing. The first chapter of the book, on which a lot of reviews have concentrated, is unfortunately one of the major examples of this, as I’ll explore in the next entry.

October 20, 2017
Saving the embryos: a new variation on the "trolley problem"
Next Post 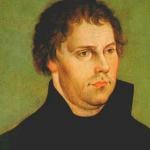 November 1, 2017 An appreciation of the Reformation
Recent Comments
189 Comments | Leave a Comment
Browse Our Archives
get the latest from
Light in the West
Sign up for our newsletter
POPULAR AT PATHEOS Catholic
1

What are people starving for, Fr....
Catholic Bard
Related posts from Light in the West

Catholic
The Sacrifice of the Beloved Son
Light in the West

Catholic
Unveiling the Virgin
Light in the West

Catholic
Homo factus est: Why Bishop Bode was right
Light in the West

Catholic
If this isn't a prolife issue, then nothing...
Light in the West
TRENDING AT PATHEOS Catholic

The Spirituality of Fr. James Martin
A Prayer of Welcome Loving God, Open our hearts to those most...
view all Catholic blogs
What Are Your Thoughts?leave a comment

189 responses to “The Unintended Reformation, part 1”