An alternate history scenario for supporters of Brett Kavanaugh

Consider the following tale from another timeline:

It was sometime during the presidency of Barack Obama. There was a Supreme Court vacancy. Obama picked a prominent Muslim judge who, before becoming a judge, had worked in the Clinton White House. Indeed, his appointment as judge by President Clinton had been controversial because of charges of partisanship and of anti-Israel sentiment. His ability to be nonpartisan was very much in doubt, but at the same time he was highly qualified. Conservatives saw in his record a troubling pattern of support for sharia and a strong pro-Palestinian bias, and some even accused him of anti-Semitism, but his supporters pointed to the large numbers of Jews who had clerked for him over the years, many of whom testified in his favor.

Then the bombshell dropped. A respected academic who, while no longer a practicing Muslim, had attended the same Islamic high school as the judge, claimed  to have heard him and some of his friends discussing a plan to blow up a public building as an act of jihad. The judge angrily denied these claims, and none of the friends named corroborated it. However, the accuser did rightly identify some of the judge’s high-school friends, some of whom had expressed radical sentiments. Many who knew him in high school claimed that he had generally Islamist sentiments at that time, in spite of his later reputation for moderation.

Then his yearbook surfaced. It turned out to contain a number of what appeared to be radical Islamist slogans, though the judge desperately tried to explain them away, more successfully in some cases than others. Several other accusations of involvement in unsuccessful terrorist plots surfaced, though none of them were well corroborated.

Furthermore, in his response to the accusations, the judge went on a rant against the members of the Senate who opposed his confirmation, accusing them of being dupes of the Zionist lobby. Opponents saw this as evidence that he lacked the judicial temperament and was too partisan to be a successful judge. Supporters, meanwhile, claimed that all the accusations against him were trumped-up instances of “Islamophobia” and that if he was not confirmed it would prove that America was hopelessly biased against Muslims.

To conservatives who say that not confirming Kavanaugh would have been a travesty of justice and an instance of mob violence: would you really have no qualms about confirming a judge under the circumstances described above? Would you say that people who connected his documented positions on Israel and other sensitive issues with the accusations of radicalism were simply engaging in political assassination? Would you say that accusations of being involved in terrorist plots were simply to be dismissed because they were not well corroborated? Or would you perhaps say that we should be careful whom we seat on the Supreme Court, even if the accusations against him were not strong enough to stand up in a court of law? 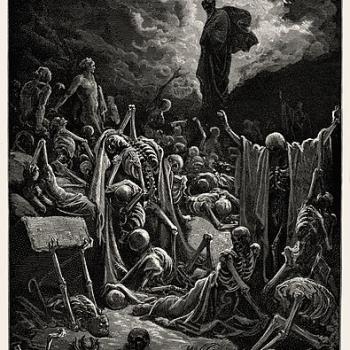