Reconciliation and Grace: The Adventurous Lectionary for August 17, 2014 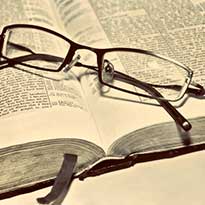 Lectionary Reflections for August 17, 2014 – The Tenth Sunday after Pentecost

Today’s readings join reconciliation and grace. They call us to a spirituality of stature that embraces those who have harmed us and persons of other faiths and ethnicities. Largeness of spirit looks for common ground and reconciliation despite past conflicts and then aims at healing in the present and future.

Joseph has become a person of stature. He has let go of the past and is living in the present and the future. His sense of God’s providence enables him to see a pattern in the events of his life. Even the negative events of life, and what persons such as Joseph’s brothers intend for evil, can be used by God to bring forth personal and vocational growth. Joseph is able to save his family precisely because God was present, enabling them to choose not to kill him, but sell him into slavery. Could God have been present as the quiet voice of moderation? Although God was unable in that particular moment to divert them from their evil actions, could God have been able to inspire them to make the most positive decision available among their bad decisions? God does not cause the particular actions of Joseph’s brothers, but moves within Joseph’s life history toward a positive, life-affirming future for him and his family.

Joseph’s vision of providence invites us to look for God moments in life’s most difficult situations. God is not the source of evil, but the inspiration to healing and growth in life-denying moments. Could God be present in our response to the diagnosis of cancer? Could God inspire us to leave an abusive marriage, leaving ourselves economically insecure, to seek a better future for us and our children? Could God enable us to make a difficult, indeed painful, decision with hope that something much better is on the horizon? We might hope for better outcomes, but the best may take us through divorce, conflict, and even forgoing treatments to experience in the final days of our lives. God’s providence is never abstract, but concrete and contextual. God’s providence occurs in the challenges of life and real situations, rather than an ideal world with no obstructions to goodness.

The Psalm extols the importance of family unity and invites us to seek reconciliation and common ground despite our differences and personal uniqueness.

Paul’s affirmation of God’s call to Israel is an antidote to all forms of anti-Judaism. God has not rejected God’s beloved Israel, both the Jewish people and their religion. God is still working within them, inviting them to the fullness of life. God’s revelation in Jesus Christ is ultimate; its unique power welcomes rather than excludes the Jewish faith tradition. Jesus’ own Judaism, as well as Paul’s, warns us against any ahistorical understanding of salvation. God’s whole-making power is always situational and concrete. Salvation can occur anywhere by God’s grace; salvation also occurs among the Jewish people despite the growth of the Jesus movement.

The gospel reading describes the widening of the gospel to embrace the non-Jewish world. The story initially puts Jesus in a bad light. He appears to internalize the worst attitudes of Jews toward non-Jews. While we shouldn’t take Jesus off the hook, and we may see this as a time when a foreign woman – two strikes against her as she is both a Gentile and a woman – taught Jesus something important, there are two other plausible explanations to Jesus’ behavior. The first explanation is that Jesus is testing her, trying to ascertain how badly she wants her daughter’s healing. While plausible, does any compassionate person test a desperate mother seeking the healing of her child? Second, the story is a parable: Jesus is purposely articulating his people’s racism and when he gets the assent of everyone in the room, he pulls the rug out from under them by curing her daughter. From this perspective in the course of their verbal sparring match, Jesus may have winked at her, disclosing that there is more to meet the eye than his obvious racism. He will eye her daughter and in the process teach his countrymen a lesson in God’s all-embracing love.

The encounter with this foreign woman also highlights non-local or distant healing. Her daughter is healed, despite her physical distance from the healer. Our prayers and actions radiate across the universe, opening others to God’s healing energy. Our prayers can be a tipping point between health and illness. Prayer knows no distance; it is immediate, creating a positive field of force around those for whom we pray and enabling God’s presence to be more decisive in their lives.

God seeks the best in every situation, even difficult ones. We can be part of God quest for the best by expanding our horizons concern to embrace strangers and persons who have hurt us.

August 20, 2014 Faith and Failure: Reflections on J.R. Briggs new book "Fail"
Recent Comments
1 Comment | Leave a Comment
"Can we celebrate? Absolutely! Let's put up an equestrian statue that accurately reflects history... https://uploads.disquscdn.c..."
Robert Conner Can We Celebrate the Fourth of ..."
"At the risk of being snarky, as a loving parent "God" is failing miserably...just ask ..."
Patrick Généreux Faith in a Time of Pandemic ..."
"Re the problem with Abraham and Isaac.God - the same yesterday, today, and forever - ..."
Jim MacEwan The Adventurous Lectionary – The Fourth ..."
"CORRECTION NEEDED. Please correct typo in this sentence: "To celebrate Juneteenth, I invite you to ..."
WerAllGodsChildren Faith in a Time of Crisis ..."
Browse Our Archives
get the latest from
Living A Holy Adventure
Sign up for our newsletter
POPULAR AT PATHEOS Progressive Christian
1

Progressive Christian
The Adventurous Lectionary - The Fourth Sunday after...
Living A Holy Adventure