Veterans Day and the Moral Equivalent of War

Honoring Our Veterans with Lives of Sacrifice
My mother was born on November 11, 1918, the day of the Armistice that ended World War I, the most devastating war in history up to that time. Her parents named her “Loretta Victoria” in honor of the allied victory. Twenty-five years later, my father fought in World War II, and served in Saipan, Tinian, and Okinawa. He wore his uniform proudly, though, like most veterans of World War II, he was quiet about his service to his country. He did his duty, protected his country, and then went on with his life, not willing to be a hero or dredge up traumas of wartime for his children.

Over the years, the meaning of Veterans Day has evolved. On November 11, 1919, President Woodrow Wilson declared Armistice Day, the forerunner of today’s Veterans Day, as a day of gratitude for victory in Europe, a celebration of American sacrifice for other nations’ quests for freedom, and the hope for permanent peace. After World War II, the holiday was renamed Veterans Day to honor those who fought in America’s wars.

Today, we need to honor the sacrifices of veterans and their families. We need to support the Veterans who have been wounded in body, mind, and spirit, serving our nation. We also need to reclaim the spiritual and ethical origins of Veterans Day and its emphasis on America’s obligation to be a moral beacon and leader in the quest for peace among nations. The fight for freedom is always costly, and Veterans Day reminds us that we are all called to sacrifice our self-interest for the greater good of our nation and the world. Authentic freedom is not about doing what we want apart from the needs of others, but involves aligning ourselves with our highest values and the “better angels” of our natures, as Abraham Lincoln asserted. As the apostle Paul proclaimed to the early Christian community, “for freedom Christ has set us free. Stand firm, therefore, and do not submit again to the yoke of slavery….do not use your freedom as an opportunity for self-indulgence.” (Galatians 5:1, 13)

Our Veterans remind us that sacrifice is at the heart of the spiritual life and healthy relationships. Sacrificial living and the willingness to defer personal gratification for the well-being of others reflects the graceful and intricate interdependence of life. Sacrifice reflects the fact that none of us is “self-made” and that all of us depend on others for our creativity, prosperity, and well-being. In our gratitude for the unmerited gifts we have received, we are challenged to share our resources of time, talent, and treasures with others, both locally and globally.

The philosopher Alfred North Whitehead asserted that authentic spirituality inspires us to move from individual self-interest to world loyalty. In an intricately connected world, this begins with our local communities, expands to our nation, and then embraces planetary well-being and the well-being of future generations. When our Veterans made the “ultimate sacrifice,” they looked beyond themselves to ensure a better world and so should we in our daily and community lives. Veterans Day challenges our greed, so that we can respond to others’ need.

Over one hundred years ago, philosopher William James spoke of the “moral equivalent of war.” James believed that in the future heroism will be found as much in our commitment to great ideals as in valor on the battle field. Today, we need to reclaim this “moral equivalent of war” to “fight” for the emergence of the “better angels of our nature” in our nation’s politics, to ensure the expansion of freedom and justice, and to care for the Earth.

In war time, soldiers are called to sacrifice for the good of the nation. Personal needs are subordinated to the good of the military unit, which places its life and treasure at the service of their homeland. Such heroism always involves letting go of things we value to protect and preserve the ideals of hearth and home. Many a soldier’s family remembers Jesus’ words, “no one has greater love than this, than to sacrifice one’s life for one’s friends.” (John 15:13) This same spirit of sacrifice is required of all of us today if we are to respond to our nation’s political and economic challenges and the fate of our fragile planet. We must balance personal, national, and planetary well-being.

Veterans Day is not about nation-first or jingoism, or even hugging the flag. It’s reflects seeing our providential place in ensuring liberty and justice for all, and that includes immigrants and people in other lands. It involves God and the world, not just God and country. Again, as Lincoln said, we do not pray for God to be on our side, but for us to be on God’s side!

During World War II, virtually every American sacrificed for the war effort. My mother described how people simplified their lives, grew victory gardens, worked on assembly lines, used fewer fossil fuels, and purchased war bonds. It was assumed that citizens would sacrifice time, talent, and treasure to protect our land. This same sacrifice is needed now to respond to the crises of our time. We need reclaim the spirit of found in John Kennedy’s words: “ask not what your country can do for you – ask what you can do for your country.” We would do well also to remember Kennedy’s challenge as our nation embarked on the race to the moon, “we choose to go to the moon in this decade and do the other things, not because they are easy, but because they are hard…”

Each May, the church I pastor, South Congregational Church, UCC, in Centerville, MA, on Cape Cod supports the Veterans for Peace of Cape Cod poetry contest, held in our congregation’s sanctuary. The veterans who lead this program know what war means. They know the real impact of war on civilians as well as soldiers and military families and yearn for another reality, a world of peace, equality, and prosperity for all people, based on a just world order.

As we celebrate this Veterans Day, we need to support our veterans, and current military personnel and their families, but just as important, we need to embrace the vision of those whose sacrifices inspired this holiday, a world of peace, justice, and American commitment to being moral force in healing the earth.
+++
Bruce Epperly is a theologian, pastor, and author of over fifty books, including “Become Fire: Guideposts for Interspiritual Pilgrims,” “Process Theology: Embracing Adventure with God,” and “Finding God in Suffering: A Journey with Job.” He can be reached at bepperlychurch@comcast.net

November 6, 2019 The Adventurous Lectionary - November 17, 2019 - Twenty-third Sunday after Pentecost
Recent Comments
0 | Leave a Comment
Browse Our Archives
get the latest from
Living A Holy Adventure
Sign up for our newsletter
POPULAR AT PATHEOS Progressive Christian
1

Trump Has Dropped the Ball about...
Kermit Zarley Blog
Related posts from Living A Holy Adventure 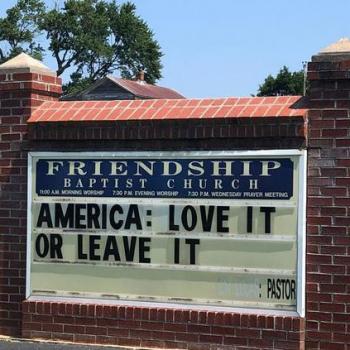 Progressive Christian
The Adventurous Lectionary – The Sixth Sunday after...
Living A Holy Adventure