The Image Bearers of God 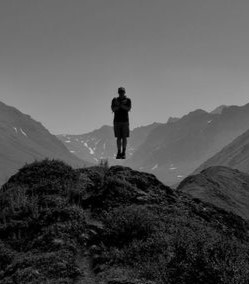 So God created man in his own image,

in the image of God he created him;

The creation of humankind stands at the pinnacle of all creation. Stars, moons, water, seas, plants, and animals created in wonderous varieties and yet, humans are the only image bearers of God on earth. We are set apart from the rest of creation, but how is that demonstrated and perhaps more importantly what does it mean for us?

This topic could get lengthy, as many often can, so I can only hope that you have the fortitude and perhaps I have the good sense to avoid boring you. In tackling this topic, I thought it best to walk through what this CANNOT mean first. The elimination of some of the common scenarios through the millenniums will elucidate not just some of the problems, but also how misuse of the image of God results in some vulgar abuses.

Looking at creation we can see that there is something that makes us like God – some physical quality perhaps or capacity – this is materialistic view and one that quickly runs into issues. Nonetheless, to beat the maze you must learn which paths lead to dead ends. Can we say that it is; intelligence? Capacity to love? Creativity? Ability to communicate? To Reason? It certainly would be nice to think that we carry some of God’s glorious attributes with us – or even look like him.

But wait – don’t some animals communicate with one another on different levels? So, I guess we cannot use that as the image of God. What about that loving family pet or the dog who refuses to leave a dead owner’s grave site? I suppose that is a capacity to love as well, so we cannot use that. In fact, we run into such issues with any ability or characteristic we might pick. And I am not only talking about comparing us with cute little animals.

Let’s step back a moment and return first to the physical attributes. This would be the notion that we look like God. We can quickly understand that this is a problem since no one has seen God the Father. Further, God is purely spiritual (John 4:24). Yes, he does appear from time to time in the Old Testament as a man (e.g., Gen 18, Ezek 1:26). Yes, Jesus is God incarnate. However, this is described as having “emptied himself, by taking the form of a servant, being born in the likeness of men” (Phil 2:7). Often Jesus spoke to the Father who was in heaven – a spiritual being. Consider that Peter, John, and James saw Jesus in a new light during the transfiguration (Mt 17:1-9; Mark 9:2-10; Luke 9:28-36). In this way we can see more of who Jesus really was. Perhaps we can say we look like Jesus or is it Jesus looked like us? Either way, we can note that Jesus is God with us, but is not God made fully revealed to us. Perhaps we can say that because we look like humans, we look like Jesus, and thus we are in this way representative of God. On the surface this might seem okay, but let’s take a few more steps down the rabbit hole.

A Few More Steps Down the Rabbit Whole of Physical Attributes

I recall an episode of Star Trek the Next Generation (STNG for the uninitiated, you must know I am a tech-nerd). A ‘man-made artificial being’ named Data was on trial as he was being forced to succumb to misguided testing that would have had him disassembled, which in his mind meant being killed. The premise was that he was not sentient, but merely a machine. They had to build a list of what made him sentient (made him a person); intelligent, self-aware, and consciousness. While the third quality was difficult to prove (thinking about it, it is difficult to prove for a human as well) the other two were straight forward. Do we call our android friend, Data, an image-bearer of God? He had intelligence, reason, the capacity for self-sacrifice, care and even love (he ‘created’ a daughter whom he loved or at least she loved him). However, he was man-made. Sure, it is science fiction, but with the advent of increasing AI technology how far off is the example really.

How about animals like the family pet. My daughter has a very loving and intelligent dog. She can respond to commands (the dog – not so much my daughter), is excited to see my daughter each morning, and communicates her various needs and moods. You might say that while the animals can demonstrate these abilities, but they do not demonstrate them to the same level as humans. Are the lines blurry enough yet…next we can make them wildly fuzzy.

So, let’s go another route. Say you have a person who is aged or is afflicted in some way. They can no longer speak or communicate in an effectual way – have they ceased to become an image bearer of God? After all my pet was disqualified for not being able to communicate effectively at the human level, but she can do more than some humans.

Lastly, the attributes mentioned, and likely any other you might come up with, are found in humans to different degrees. I know people more intelligent than me, more loving, more capable at relationships. Does having these abilities to stronger or lesser degrees then correspond to being more in or less in God’s image? You won’t find anything in the Bible to suggest such nonsense. Also, in society and among Christians you would have a hard time suggesting someone who is a good orator (preacher, politician, actor) is more like God than you yourself are, though you may tremble at the mere thought of standing before a crowd to speak.

Why We Can’t Use the Physical Attributes

Why does this matter? This is the question I always like to end my posts with (even in the middle apparently), because theology is not just mental gymnastics. For theology to matter it must have practicality or application to our lives. Drawing from what we learned and what we find in scripture we can paint a picture of why physical attributes don’t work.

You must first remove the humanness of a people before you can tolerate treating them inhumanly.

That’s enough to consider for now. We can look at this some more next week.

A couple of resources…

While this is not everything I read for this post, each offers good summaries of the topic.

June 17, 2022
Browse Our Archives
Related posts from Living Out Theology 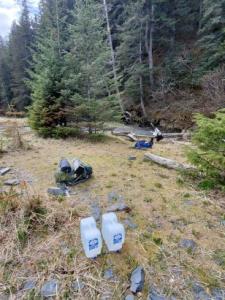 Progressive Christian
Who are the Sojourners?
Living Out Theology

Progressive Christian
The Curious Case of Jesus Christ and the...
Living Out Theology