The Prophet Muhammad (pbuh) and His Battles, Then and Now

The Prophet Muhammad (pbuh) and His Battles, Then and Now January 13, 2017 Anna Rohleder

My heart is heavy as I write this. Not because of anything between us: I feel my longing for you only deepening with the passage of time, the green dome of your mosque in Medina becoming a beacon of certainty before my mind’s eye. No, my heart is not heavy with doubt. It is weighted with dread, for the next time there is some kind of attack and a Muslim is named as the culprit.

I know they will say (as they always do) that there’s something intrinsically violent about Islam. That the Qur’an incites Muslims to wage war on other religions. And that you yourself were the prototype of a modern terrorist, a charismatic figure invoking the will of God to script a political struggle.

The news coverage is likely to include the standard mobile phone-video footage and stern pronouncements from the authorities. It is unlikely, however, that anyone will mention the Crusades as Christianity’s own jihad that went on for centuries. Or the holy wars of the modern era, waged in the name of political ideologies. I don’t expect much in the way of critical thinking from the media or public figures.

But there is a part of this discussion that troubles me privately, and I think it starts with the idea of you as both prophet and worldly leader. It’s hard for me to reconcile sacred and secular into a single category; their aims seem so divergent. I’ve always thought of spirituality as being directed only inward, into the heart and soul, beyond time and circumstance. Because the strivings of spirit unfold in the realm of qualities, they can be named as absolutes. From iman to ihsan to islam, it’s a straight path to the truth.

Whereas the secular holds sway in the muddy outside world of compromise and complications. Where elections are rigged. Where the weak are exploited and natural resources are looted and the worlds inhabited by rich and the poor are so different they might as well be non-intersecting universes.

In my experience of growing up in America, such injustices seemed acceptable – “it’s just the way things are,” said with a shrug – because it would all get sorted out in the afterlife. The nice people (read: middle class, white) who played by the rules would collect a reward and retire to a peaceful suburb in the sky, while the bad guys (i.e. dark skinned or foreign) would be sent to a forever prison below ground. The notion of bringing heaven to earth was reserved for private indulgences like beach vacations or rich desserts. Heaven on earth was not the model for an ideal society.

Spiritual leaders, by this logic, were supposed to stand above or apart from the struggles of ordinary mortals. I confess that I brought those assumptions to my initial encounters with you. I actually put down the first biography I started when I got to the battles. It was too challenging to the idea I wanted to have of you at that point, which was probably something like an Eastern guru, floating on a cloud of perfect equanimity. Or if you were going to be an Abrahamic prophet, then why not one who would turn the other cheek like Jesus (peace be upon him)? I wanted to hear that the “primitive, barbaric” society of your time waged violence in your name, but it was something you never sanctioned.

What was my stake in wanting that version of the story to be true? Of all the emotions I’d rather not feel (which is actually most of them), anger is at the top. I don’t know what to do with it. Because it seems “wrong,” I can’t own it. I’ve projected it on to pets: cats that sank their claws into the flesh of family members and dogs that chewed wooden railings down to nubs. I’ve projected it on to boyfriends who were bullies and rageaholics. I’ve even projected my anger on to characters in my fictional stories, some of whom have carried out such violent acts that one friend said it was like being scalded with hot water to read them.

Let me not project my anger on to you now.

Even if my culture does it. Even if the West projects its own fanaticism on to Islam. Its own murderous impulses. Its terrorization of people at home and around the world, whether through sending police cruisers into African-American neighborhoods, drones into the skies of Pakistan and Iraq, or simply the relentless preaching of fear.

We must dispel fear with facts.

Here’s what I know.

I know that your circumstances were complicated. You and your followers were persecuted to the point of being driven into exile, which means that at first you didn’t fight back: you left your home rather than engage in conflict. Then, even once you had left Mecca for Medina, the situation remained precarious. In several cases, your enemies attacked the community outright. The revelation you received at that time granted permission to fight when war was being wrongfully waged against the believers.

But did you ever get angry about it?

The idea of you angry is so at odds with my sense of your being. Above all else, you were a gentle soul. You didn’t even make abrupt movements. Everything about you was measured and considerate, whereas anger to me speaks of being out of control.

Though perhaps that is a limited way of seeing it. Anger doesn’t have to be about a wounded ego. It can come from a higher place, as when witnessing the abuse of those who are helpless or innocent, whether it’s the early Muslims in Mecca, the civilians in Syria or unarmed black men in America. Maybe anger is the energy that’s needed to make a real change. And a spiritually developed person could channel that energy without self. I suppose that’s what Rumi means when he quotes the verse from the Qur’an that says, “Thou did not throw when thou threwest,” referencing the time that you threw a handful of pebbles and routed an entire army. Because you were empty of “Muhammad,” the Divine could act through you. And you could be more powerful in that way than you ever could be by acting from your ego.

I am reminding myself of this in part to recall that jihad means both “struggle” and “striving.” There’s that story of you at the end of one battle, informing the faithful: “We are done with the lesser jihad; now we go on to the greater jihad,” meaning the inner struggle to tame the nafs and strive toward intimacy with Allah.

I say that I understand, though it’s only at a superficial level. The truth is that I don’t want to see you pick up a weapon. I don’t want to even imagine you being hurt, my dear, much less your teeth broken and your helmet cutting into your cheek in the Battle of Uhud. And I don’t want to see anyone else wounded or killed either, whether men or women or animals.

But that’s where I’m guilty of wanting spirituality to tidy up the messiness of life for me. The story of our time in this world is that we all get hurt, and we all die eventually. During the time between birth and death, conflict is what propels us forward. As a writer I know that without conflict, there is no story, full stop.

The Qur’an often points out the dynamic of opposing forces inherent in all of creation. Night changes to day. Rain becomes drought. Ebb becomes flow. It is, truly, just the way things are.

And too, what I am realizing as I write this is that the peace you taught was something different from the peace that follows war. The salam of Islam is the peace of surrender. It’s the movement from the world of gain and loss into Reality. Reality meaning the Truth, where there is no more subject and object, “I” and everything other.

The only true peace is Oneness, the sacred unity of tawheed… that’s what I understand in my head, but I need your help to truly know that in my being. Especially when another one of these incidents occurs and all Muslims get blamed, not just those fighting a distorted outer jihad.

My dear, please stay close to me at that moment. When they say ugly things about you, allow me a glimpse of your beauty. When they say your message was hate, drop me to my knees, dizzy and sobbing with love.

May all of us be rightly guided.

May those burning with anger find their hearts expanded with the coolness of sakina.

May we remember our Oneness, and may we find you there waiting with open arms when we do.

Yours, only yours, always,

This is the 10th in the series of my 11 Love Letters to The Prophet (peace and blessings be forever upon him). 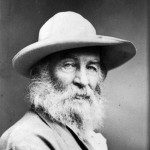 December 27, 2016
America of the Heart: Whitman and Rumi
Next Post 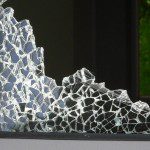 Muslim
The Blessings of 2020 and Riding the Waves...
The Living Tradition