Truth Is From Your Lord

We all hold noble ideas about Truth. Our notion of Truth may often be influenced by our ideas of right and wrong, of how things should be according to our own understanding. We often associate truth with what we believe to be justice. And we often associate truth with what we consider to be facts.  But unless we are in a certain state of consciousness in our relationship with the Divine, our notion of Truth will be at best idealistic sentiments. More often than not, truth is distorted by our own biases and desires.

Mevlana Jalaluddin Rumi says that we see everything from the circle of our own self-existence. He tells us the world takes on the color of the glass through which we see it. He gives the example of how Abu Jahl saw the Prophet as ugly and the Prophet told him he’s truthful and how Abu Bakr saw him as beautiful and the Prophet told him he’s also truthful. Everyone of us has had a similar experience to this view of the Prophet. We are seen differently by different people; their “knowing” of us is colored by their perspective. This dynamic is evident in our relationships. We are often convinced that we are standing in truth in our critical view of the person with whom we are in relationship. This is the falsehood of our Nafs dominating our understanding.

This tendency is what the Quran calls Zhann, it is conjecture. It is what we believe, or wish to be true, or what we are conditioned to assume is true. And this is the predominant experience that most of us have of what we would call truth.

53:28: They have no knowledge of it, they only follow conjecture and conjecture does not avail anything of the Truth.

The Nafs thrives on fragmentation and separation. If we can witness our Nafs we will realize how often we tend to compartmentalize the different aspects and relationships in our lives, how we tend to fall into the delusional certainty of cause and effect thinking that reinforces our grievances, supports our sense of self-righteousness and keeps us from knowing the underlying unity of existence and the vastness of Allah’s wisdom and compassion. When we can witness our Nafs we will realize how our negative emotions tend to set us at odds with the current of life and with the people around us, so we are stuck in a repetitive cycle of resistance and frustration with how our lives unfold. And as long as we are in such a state we are veiled from Truth. Our understanding is limited by our memories, habits, likes and dislikes, and conditioning. We cling on to forms and become heedless of essence.

The Quran describes this state of heedlessness in us:

50:5: They deny Truth when it comes to them, for they are in a state of jumbled confusion.

The knowledge that is referred to in the above verse is something else. It’s not rooted in the ego and its machinations. Rather, it is rooted in deep inner listening and open receptivity to divine inspiration. So, when Truth comes to us we are not veiled from it by our state of jumbled confusion. 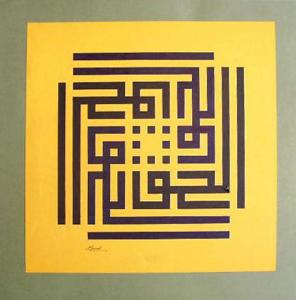 So what is Truth? The Quran declares explicitly:

22:62 This is because Allah, Himself is the Truth and whatever they call upon other than Him is falsehood and Allah is the Exalted and Great.

This is contrasted with what we imagine is the truth…

23:71 If Truth followed their desires the heavens and earth and everything within them would be corrupted. Nay, We have come to them with their Remembrance and they turn away from their Remembrance.

Remarkably, what the Quran seems to be saying is that Truth (Haqq) can be known in the relationship between God’s creative energy and us who are the manifestation of this creativity. We can discern this in the following verses:

6:73: It is He that created the heavens and earth by Truth when He says Be! And it is. His saying is Truth.

The Divine Creative Word BE (KUN) is Truth manifesting into existence.

10:82 Allah brings Truth into realization by His Words, despite the resistance of those who deny it.

Creation is the manifestation of Truth. Existence flows from Truth. God’s command BE is the utterance of Truth. Truth is the very essence of our existence and is in the nature of our creation. Truth (Haqq) is that which is at the moment.

And Truth can be found in the most lowly of things.

2:26: God does not shy away from striking similitudes as lowly as a gnat to anything greater. For those of faith know it is Truth from their Rabb, and for those who deny they say what does God want with such similitudes? He misguides and guides many with it, but He only misguides those who forsake truth.

Truth becomes evident to us through our relationship with our Rabb. What is our relationship with our Rabb (Sustainer, Lord, Educator, Nourisher)? While often considered as a synonym for Allah, Rabb is understood by some to be that aspect of the Divine that addresses us personally from within ourselves. Significantly, the Quran almost always uses Rabb whenever a call or supplication to the Divine is invoked by human beings. We have guidance in the exchange between Moses and Pharaoh when the latter questions the former:

20:50: He said, “Our Rabb is the One who gives everything its true nature and form (creation, or His creation) and then guides.”

The Truth is at the center and core of who we are, it is known by following the guidance of our Rabb within our hearts. Our Rabb is the One who gives us our nature and guides us to that which is true in us. This is the meaning of the well-known aphorism, “The one who knows oneself knows one’s Rabb.”

The Quran offers us guidance on how we can develop our relationship with Truth.

30:8 Have they not contemplated within themselves? Allah did not create the heavens and earth and what is between them except by Truth and a given duration. Truly many human beings deny the meeting with their Rabb.

41:53 We shall show them Our signs in the horizons and in themselves so it will be evident to them He is Truth. Is it not sufficient that your Rabb is Witness to everything?

It is through developing our capacity for intimate conversation with our inner Self that we can come to know our Rabb and thus to shift our perspective from our ego to Truth. The Sufis call this practice Munajaat, that is the secret discourse between lovers, and it involves openly pouring our hearts out to our Rabb, with openness, vulnerability, and longing for nearness to our Rabb. It is, in a sense, spiritual love-making. The Prophet had a deep capacity for this intimate conversation. We have so many beautiful examples of how he poured his heart out in longing and love for his Rabb, including the prayer at the beginning of this article. More on the Prophet’s prayer will be shared in a future article. 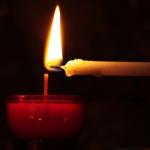 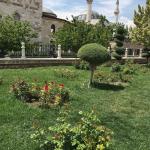 July 2, 2018 Rumi and the Vision of the Qur'an
Recent Comments
0 | Leave a Comment
"you weren't on this train i hope: https://www.bbc.com/news/wo..."
mike malzahn Entering the Garden
"what could a mere mortal possibly do to hurt the feelies of an all powerful ..."
crackerMF The Hajj and Forgiveness
"These are chemically induced delusions, and the real world is still there when the effects ..."
David Cromie What if Allah is Beautiful and ..."
"Thanks a lot for sharing this with all of us . betflikonline"
betflikonline What if Allah is Beautiful and ..."
Browse Our Archives
get the latest updates from
The Living Tradition
and the Patheos
Muslim
Channel
POPULAR AT PATHEOS Muslim
1