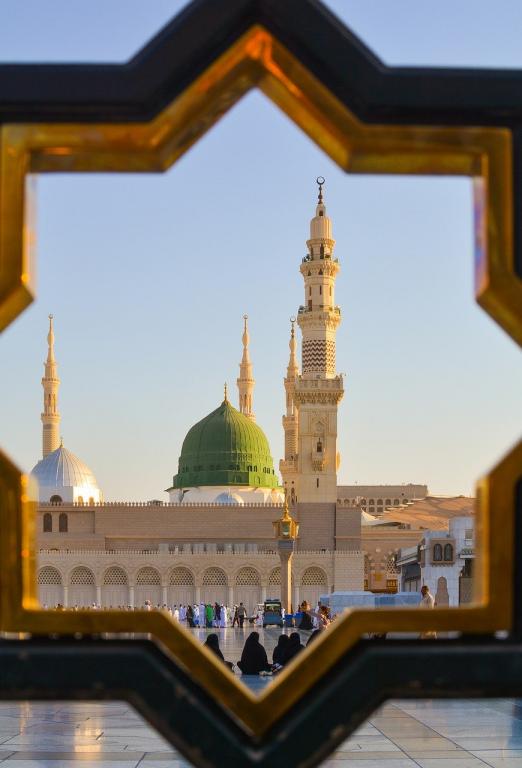 A few years ago I wrote a series of love letters to Prophet Muhammad (peace and blessings be upon him). And they were real letters, not just a literary form. My intention was to connect with Muhammad in the most intimate fashion I could. Writing love letters was a means to disclose myself to him with all of my struggles and imperfections as a woman, while also learning more about him as someone whom I felt that I truly loved, yet didn’t entirely know as a man. And, alhamdulillah, I felt the authenticity of our connection deepen as a result.

What I did not expect was to get letters back.

At first I received messages from people I knew: friends who said they were touched by something in the love letters, and who wrote to me spontaneously, through texts or emails. Next I started hearing from people I hadn’t met before, who lived in places as far-flung as South Asia and the capitals of Europe.

And then, about a year after the love letters appeared, a more mysterious form of the ‘return correspondence’ began.

One friend, with whom I’d only exchanged e-mails previously, began sending me letters in the mail. Often comprising pages of crinkly airmail paper, his letters came enclosed in jewel-like cards that resembled missives from Jannah: decorated with flowers and birds gleaming in gold and vivid colors, and often containing pearls of spiritual wisdom.

With another friend, I began an exchange of voice messages that had the depth and warmth of intimate letters. And although the messages were sent instantaneously, our correspondence took on the rhythm of old-fashioned letter writing, with days and sometimes weeks passing between our exchanges.

Through their letters, both of these friends showed me dimensions of Muhammad I had not really taken into account before. For example, the sense of being something of a stranger in the material world; and that, although people were drawn to him, and in time an entire community grew up around him, a part of him always remained in seclusion with his Rabb.

Meanwhile, other gifts of Muhammad’s presence were emerging in my life. A dear friend who frequently visits Medina would send me photos of the Prophet’s Mosque and once took me inside, into the Rawdah itself, via video call. Some other friends gifted me a book of special salawats to the Prophet.

And it started to feel purposeful, like a sign in itself, every time I met someone named Muhammad. At times, it touched my heart simply to hear the name Muhammad, spoken by someone who had real love for the Prophet.

A few times in our circle in Louisville, we were visited by two of our brothers who had belonged to Sufi singing groups in Bosnia, and whose salawats to the Prophet brought about a feeling in me of being physically taken over by yearning.

In every form they took, all of these encounters with Muhammad gave me a new appreciation for the baraka of this path, and the way that such an immense experience of love has been transmitted from heart to heart through the golden thread of silsila reaching all the way back to the Prophet himself.

It also made more concrete something that our teachers have often said: namely, that iman is not about subscribing to a set of beliefs but rather embodying faith through your actions. Beyond all the specific behaviors described in the sunnah, what stands out about Muhammad is the quality of his character. He was gentle, joyful and deeply compassionate.

I am always touched by the stories of how tender Muhammad was toward all created beings, from camels and cats to trees, and even pebbles and sand. Maybe that is not so difficult once the inner eye has been opened to the beauty of creation. But to love human beings as the Divine loves us is a different matter.

To become a spiritually mature human being is to hold a perspective that is both transcendent as well as grounded – to understand and have compassion for humanity’s struggles while reflecting the Divine Perfection through the qualities of the Most Beautiful Names. As the Hadith Qudsi says: “When I love my faithful servant, I am the ears by which he hears, the eyes by which he sees, the hand by which he grasps and the foot by which he walks.”

According to Aisha, Muhammad was like this. She said he was like the Qur’an: a voice calling us to unfold the potential of our being and become more fully human by reflecting on our place within the divine unity. Of himself he said, “I was sent only as a mercy.”

I started my love letters to the Prophet to try to know him as a person. What I have been left with is awe at the Divine mystery that brought us into being to know Haqq, through loving each other.

February 10, 2020
Whirling through life: Reflections of a female whirling dervish
Next Post