In the nearness of the night

In the nearness of the night February 23, 2021 Anna Rohleder 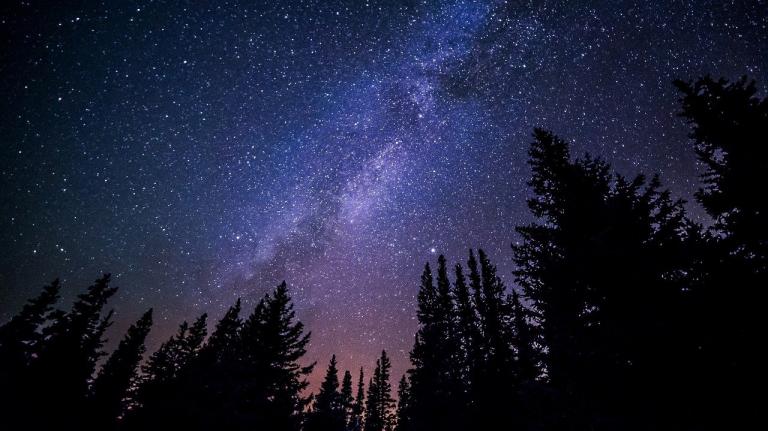 What do you call an enlightenment about the dark?

Something shifted for me around the winter solstice last year, that time in late December when the days are shortest and the nights are longest, to make me perceive darkness in a new way: To see its beauty. To feel its healing capacity. And to sense its preciousness and fragility. Like so many other inhabitants of the pre-industrial world, from wild animals to rainforests and glaciers to silence itself, it is a treasure whose value we may only recognise once it is lost.

As I began to reflect on the dark, it seemed to me that we have a cultural prejudice against it. Everyday speech equates darkness with confusion and ignorance at best and evil at worst. Both collective and personal fears are associated with the dark. A newspaper in America recently adopted the phrase, “Democracy dies in darkness” as its motto, implicitly claiming the role of en-light-ening the public.

In the religious domain, light is associated not just with the truth of facts but with the capital-T truths of morality and metaphysics. Almost always there is a sense of light as something exalted and lofty. Maybe because the original source of light that we knew as human beings came from the heavens — the sun, the moon and the stars — we still look up to the light, literally and figuratively, as a superior force.

And yet. There is something strange about making light “good” and the dark “bad”. It is a distortion, one that splits life and our psyches asunder. When we make darkness bad, we burden the beings and qualities that inhabit the dark with the projections of our own shadows. Bats, owls, wolves and other nocturnal creatures become “scary”, and people kill them. The soil of the Earth, which is the living, breathing ground of our very being, becomes “dirt” that is drugged, poisoned and scattered to the winds. Even night itself has become nearly extinct as an experience, becoming merely another “time of day” thanks to our electrical power grids, our glowing screens and other machines that are always on, always lighting up.

There is a passage in the Masnavi where Mevlana Rumi seems to anticipate the light-fuelled addictions of our time. He says:

If night never came, people would waste themselves pursuing all they desire.

They would give their own bodies to be consumed for the sake of their desires and greed.

But night appears, a treasure of Mercy, to save them from desires for a short while.

(Masnavi III: 3728–30; from Love is a Stranger, translated by Kabir Helminski)

Part of the shock of my own “dark revolution” was realising that I too have been a light junkie for most of my life: preoccupied with productivity in my worldly affairs and uncomfortable with the qualities of darkness within. The velvety depths. The fertile mysteries. This is difficult territory for my ego, or nafs, which depends on maps and schedules, and has always been anxious to see what lies ahead. But I am coming to understand something about this compulsion to switch on the lights and always be “on” oneself. I think it is not just an unconscious expression of our cultural impatience and restlessness. In my case at least, it is rooted in a longstanding sense of not being safe, and having to continually scan the environment for danger.

Since those of us who are sighted rely so much on our vision to understand the world, the darkness represents the unknown. My nafs fears what it can’t see, and collectively we seem to fear what lies outside the searchlight of human consciousness. And yet — while we may not know what is in darkness, we do know the dark itself. It is where we begin and end each day. It is where we begin and end our lives.

As the ground of mystery we spring from, the dark offers special opportunities for spiritual practice. The value of tahajjud, or night prayers, is attested to in the Qur’an as well as numerous Hadith. In Surah Muzammil, we hear:

Keep awake [in prayer] at night, all but a small part of one half thereof – or make it a little less than that, or add to it [at will]; and [during that time]recite the Qur’an calmly and distinctly, with thy mind attuned to its meaning.

There is also this verse from Surah Hud:

And observe the prayer at the two ends of the day and in the nearness of the night, for good deeds remove evil deeds: this is a reminder to those who remember.

Among Prophet Muhammad’s (peace and blessings be upon him) best-known and most commented habits was the practice of praying at night. In one Hadith reported by Bukhari & Muslim:

The Messenger of God said, “If people knew what lies in abandonment (of desires) they would race toward it, and if they knew what blessing lies in the prayers of the night and morning they would come to them, even if they had to crawl to do so.” (from The Book of Hadith, copyright 2007 The Book Foundation)

In the Prophet’s time, and even into the era of our immediate ancestors, it was normal to wake in the middle of the night. It was part of the pattern of bimodal sleep, or sleeping in two parts, whereby people went to bed soon after sundown, slept for a few hours, and then woke for a few hours; “waking” meant to rest in a kind of meditative state between sleep and full alertness. Then people slept again until morning. This was how human beings inhabited the dark for thousands of years: as a multilayered experience of dreams, meditation and rest.

But with the advent of electric light and industrial time schedules, the pattern changed. Our daytime activities began to encroach on more of the hours once protected by darkness. At some point, sleep turned into a standard 8-hour shift, the part of the workday when we are supposed to turn off our bodies and charge our batteries like any other device.

And now, here we are, just as Mevlana warned: with night reduced to the bare modicum of “down time” and the dark effectively banished, we are burning up our own bodies, and the body of the Earth, in the pursuit of our incandescent desires.

But we have a choice about how to use our will. As automatic as it may be to switch on a light, it can be a practice of presence to decide to stay in the dark, and with the dark, instead.

For myself, I am finding an unexpected sense of serenity and ease by keeping the lights off. When I awaken at 2 or 3 in the morning now, I no longer force myself back to sleep. I do my best not to look at my phone. Rather, I pick up my tesbih and pray with the beads. There’s something so comforting about holding them in the dark, almost as though they are holding my hand as well. And after a round or two, I find myself drifting into sleep easily and naturally.

It may seem like a small thing, but for me it has changed a great deal about how I feel about my own days and nights. It has also made me reflect that perhaps there is a healing value for all of us in reclaiming the dark, as part of the wholeness that is our birthright.

What if we could reframe the dark as a blessing and a sacred space to nurture our spiritual lives? What treasures might we find in that cave, what roses might grow in that soil?

February 1, 2021
The Blessings of 2020 and Riding the Waves of Despondency
Next Post

March 28, 2021 Prophet Muhammad and the Garbage Thrower
Recent Comments
0 | Leave a Comment
Browse Our Archives
get the latest from
The Living Tradition
Sign up for our newsletter
POPULAR AT PATHEOS Muslim
1

The Qur'an is Easy to Understand,...
Ask A (Born Again) Muslim
Related posts from The Living Tradition