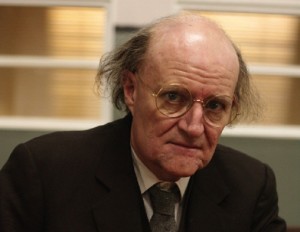 This capsule review was originally published in the Winter 2008 installment of Connections, an email newsletter for Seattle Pacific University alumni.

Presented on HBO in 2006, Tom Hooper’s film Longford offers one of the most inspiring and moving portrayals of a Christian in recent memory.

A frequent and compassionate minister to prisoners, the Seventh Earl of Longford — Frank Pakenham, or “Lord Longford” — made headlines and stirred up scandal in the 1960s as he developed a friendship with one of England’s most famous criminals. Longford befriended Myra Hindley (played by Samantha Morton of In America and Minority Report) while she was serving a life sentence for acting as an accomplice to a malevolent child-killer named Ian Brady (played here by The Lord of the Rings’ Andy Serkis).

Longford, a passionate Catholic, was a model of forgiveness and conscience, striving for the healing of broken people. But his compassion for Hindley stirred up wrath among the English people. And, as he counseled her to a return to the Christian faith of her childhood, questions were raised as to the honesty and authenticity of Hindley’s humility and confessions. Longford stakes his reputation on this campaign to help a troubled woman, and his story, while heartbreaking, is also inspiring.

Ultimately, Longford claims, “I consider my visiting Myra Hindley, and indeed, all the other prisoners I’ve visited for over 50 years, to be one of the great blessings of my life. … Forgiving her has proven difficult, very difficult. Not for what’s she’s done to me — that’s neither here nor there — but for the terrible crimes themselves. Forgiveness is the very cornerstone of my faith. And the struggle to deepen my faith is my life’s journey.”

Actor Jim Broadbent is best known for playing the professor in The Chronicles of Narnia: The Lion, the Witch and the Wardrobe, and for his Oscar-winning turn as the husband of Iris Murdoch in Iris. But Broadbent’s performance here is his finest yet, a profound portrayal of longsuffering, courage, and forgiveness.