Okay, this Halloween’s vampire movie, Let Me In, is very well made. Much better than anything I would expect from the director of Cloverfield. Cinematic, patient, thoughtful, well-acted.

But that doesn’t excuse it. …

The film that inspired it — Let the Right One In — is barely two years old. And while this American version does have several interesting diversions/revisions of its source material, it’s not different enough to justify a remake.

I think my favorite aspect of this revision is that it’s set in snowy New Mexico. Yes, snowy New Mexico. I’ve been there in the snow, and when the snow falls on the high plains like that, it can be a supremely spooky place. The opening shots of the film capture that beautifully. This chilly tone often reminded me of another underrated horror film, Birth.

There are quite a few moments that are visually impressive here.

I was also impressed by the way the film is set in a particular time and place. We hear Ronald Reagan say, “America is good.” By that he means “good in the eyes of God,” good in a moral, Christian sense. Then he adds, “And if America ever ceases to be good….” Well, you get the implication. Judgment is coming.

In fact, judgment has already come. Clearly, as he speaks these words, America is far from good. It’s as flawed as the human hearts that built it… capable of astonishing selfishness, neglect, and hard-heartedness. It’s no wonder the needy children are turning to bloodshed. Who is showing them love? Who is setting an example that will lead them to a better path? Who is showing them any care at all?

Poor young Owen. His mother is religious, in the ritualistic sense. She says grace before meals and prays to a sticker of Jesus that is taped to a mirror. (Yes, a mirror.) And so, she keeps Owen from coming to sense the solace that can come from faith. In fact, she’s never shown to us in focus; she’s distant, blurry, detached from Owen’s life except for these habitual prayers and the harsh instructions she shouts down at him from their third-floor apartment.

As the idea of violent retaliation comes to seem Owen’s only hope of survival, he catches a revolting vision of his bloody destination. Shaken, he sobs on a telephone to the faint voice of his absent father: “Can people be evil?” The answer is clear: People are lost, and in that state they are capable of carrying out great evil. If they are not given guidance on goodness, they will choose whatever evil keeps them alive. (This is the kind of exploration that the Star Wars prequels needed if they were going to make Anakin Skywalker’s devolution into Darth Vader a poignant story of spiritual despair.) “You have to invite me in,” says the vampire, and it rings true. We do invite the devil into our lives, but we often do so when we feel desperate and see no better option; and when that happens, the devil comes to us as a beguiling figure, seductive, seemingly tender and helpful.

As Bono sings, “I have held the hand of the devil / It was warm in the night, / And I was cold as a stone.”

(Then he sings, “But I still haven’t found what I’m looking for.”)

All of this works as well here as it did in the original.

Smart casting is an advantage too. Elias Koteas is good as the beleaguered policeman tracing murders to a vampire. And it’s a nice touch that he looks so much like a younger Richard Jenkins, who plays the vampire’s servant. Interesting implications there about the long arm of the law: Does it matter if you’re a good policeman if the state you’re serving is draining resources from the vulnerable?

Still, most of the movie merely reassembles what was assembled from scratch for the original. Yes, both are based on a book, but Let the Right One In created an effective vocabulary of spaces, colors, silences, and rhythms that the American version is happy to replicate. That’s not just unfortunate… it’s embarrassing.

Most Americans will prefer the new version primarily because they don’t like to read subtitles. (Why don’t those foreigners have the decency to speak English in the first place?)

Let the right version in, folks. Stick with the original. 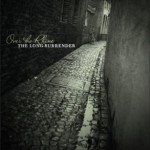 October 25, 2010 "Learning not to white-knuckle everything"
Browse Our Archives
Related posts from Looking Closer