2012 Update: I doubt that you’ll find anybody to argue that the world lost one of its great imaginations when Jim Henson died. Since he departed, The Jim Henson Company has continued to do admirable work, but its feature films have been hit-and-miss affairs.

Unfortunately, MirrorMask, the company’s most wildly imaginative post-Henson release, remains fairly obscure. I didn’t discover it until long after it had left theaters, and that’s a shame, because it is a big-screen spectacle par excellence.

I wrote about the film in Part Two of my Good Letters series called “Neil Gaiman’s Girls.” Here’s that original piece. I hope it convinces you to seek out this one-of-a-kind motion picture.

Having covered Coraline in my previous post, I’d like to call attention to Neil Gaiman’s other recent variation on Alice in Wonderland, a film that slipped past most moviegoers in 2005 with very little fanfare. Seek it out and I suspect you’ll agree — MirrorMask is every bit as original and fascinating as Coraline.

MirrorMask‘s fairyland was created by David McKean, the artist and animator who illustrated Gaiman’s comic book series called The Sandman. While I love both films, I prefer Mirrormaskfor the hallucinatory splendor of McKean’s work. Much of its imagery eludes my attempts to reach a cohesive interpretation, but that just makes it all the more fascinating.

Coraline follows a pre-teen girl who still scowls at boys, and the heroine’s adventures feel like the fears and fantasies of a child. MirrorMask‘s Helena is a teenager eager for independence. Her bizarre odyssey has the feel of an adolescent’s confusion and curiosity, her world shifting in continuous state of flux.

It’s easy to see why Helena’s such a mess. She’s lonely. Her life’s a traveling circus—literally. Her father’s the Ringmaster and her mother’s a flamboyant performer. They drag Helena along in their escapades and expect her to jump like one of their trained animals. But when Helena’s mother collapses right after a heated argument, Helena is traumatized. Her personality splits in two.

The darker, angrier, rebellious Helena stays home and argues with dad. She dresses up like a goth, and starts to throw away the stuff of her playful imagination.

But the more she destroys her own creativity, the more she risks losing the other Helena––the curious, intuitive dreamer. That Helena gets lost in a labyrinth of her own invention, full of fractured faces and creatures made of mismatched puzzle pieces, indicative of her own jumbled psyche.

Lost among these abstract manifestations, Helena comes face to face with a wicked witch made from all her mother’s most maddening traits. Like Coraline, the girl must resist this misrepresentation and return to the real world with a new appreciation for her true mother.

McKean’s fascinating, fractured images make MirrorMask one of the most consistently surprising works of imagination to reach the screen since The Wizard of Oz. It deserves a place alongside revolutionary fantasy films like The Dark Crystal, Brazil, Pan’s Labyrinth, andLegend, for its painterly light and its hypnotic fusion of costuming, set design, and digital animation. There’s no other movie that looks anything like it.

I don’t claim to full understand the imagery in MirrorMask or Coraline. I can only testify that they mystify me in the best way.

Both have weaknesses. While Coraline‘s conclusion feels abrupt and unsatisfying, MirrorMask’s dialogue is so rife with riddles that it’s easy to lose our grasp of the central storyline. But this is quibbling. Both films are fabulous dreams. They remind me of the best films of another great contemporary storyteller: Hayao Miyazaki. (And that’s probably not accidental, as Gaiman wrote the script for the American release of Miyazaki’s Princess Mononoke.)

So many Alices, so many wonderlands. A new variation arrives every few weeks. While these heroines learn to embrace “the real world” and leave their fantasies behind, we keep returning to wonderland, eager to be enchanted. These stories speak with mysterious relevance, ministering to needs that are difficult to diagnose. What are dreams for, if not to help us wrestle with problems and explore our questions in ways no practical language can accomplish?

Film critic Steven D. Greydanus notes that Gaiman wrote Coraline based on things he heard in the stories that his daughter Holly told back when she was only four or five years old. How can such a young girl come up with such frightening ideas on her own? Where do these horrifying visions come from? “A part of the brain that knows what it’s doing, I suspect,” he concludes.

There’s something strangely haunting about pages that explode from old dusty books and fill the air like the beating wings of doves; about those frightful vines that slither along the ground and incinerate anything they touch; about the sight of gigantic celestial beings who move and speak very slowly, and who guard precious keys to sacred mysteries. I’m certain that I have never anyone with buttons sewn over their eyes, but when I see those poor, imprisoned children in Coraline, I know I’m seeing something true.

If these dreams could be solved like a puzzle, we’d toss them aside like completed crosswords. Better to explore interpretations and let the truth of their mysterious images dazzle us gradually. The real question isn’t “What are the solutions to these riddles?” The real question is “Why are these images compelling and unsettling, if they’re only nonsense?”

George Macdonald once wrote, “When we understand the outside of things, we think we have them. Yet the Lord puts his things in subdefined, suggestive shapes, yielding no satisfactory meaning to the mere intellect, but unfolding themselves to the conscience and heart.” And then he wrote his fairy tales — dark, strange, poetic, and bizarre. Such confounding stories. And so beautiful.

Why are they so beautiful? 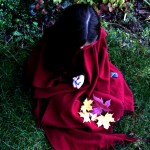 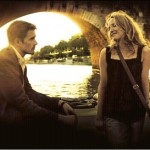 September 5, 2012 Before Sunrise, Certified Copy, My Dinner with Andre: Who Would You Cast in a Two-Person Movie?
Browse Our Archives
Related posts from Looking Closer