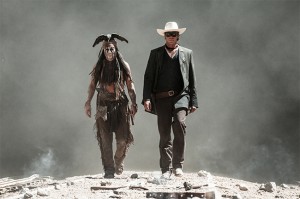 And he is not a happy camper.

But I’m grateful for his vigorously critical review… because now I know not to spend even a nickel on this movie.

Just listen to this…

The Lone Ranger is as cynical and bankrupt an exercise of pop moviemaking as any would-be summer blockbuster I can think of. Even more than Man of Steel, The Lone Ranger is the poster child for our culture’s terminal inability to offer children today heroic role models.

When the film first brings together the man who will be the Lone Ranger, the horse who will be called Silver and the Indian called Tonto, there’s a sequence with Tonto leading Silver and the unconscious Ranger unceremoniously dragging behind. Then the horse stops to pass excrement — before dragging the Ranger’s head right through the pile of poop.

There, in a nutshell, is the movie’s attitude toward its source material.

… The Lone Ranger is also chock-a-block with brutal violence, from heaps of slaughtered Indians to villainous Butch Cavendish literally cutting out the heart of a Texas Ranger while he’s still alive and then eating it. So many people are murdered in cold blood that I lost track.

One of the most head-scratching things about this movie is that Disney had the gall to debut such explicitly anti-American fare over the Fourth of July holiday. Consider a set piece with the band playing “The Star-Spangled Banner” under a banner reading “A Nation United” at a railroad ceremony as Tonto commandeers one of the trains, in the process tearing the bandstand to pieces and ripping down the “Nation United” banner. The heroes almost literally pull apart the united nation in order to stop the bad guys.

Wow. Read the whole thing. At the conclusion, Greydanus is swinging a sledgehammer. More power to him.

He’s not the only one.

Drew McWeeney, who, like me, loves the Pirates of the Caribbean movies that came from the same dynamic duo (Johnny Depp and Gore Verbinski), writes,

This film is a catastrophe of tone, a truly tortured screenplay that seems embarrassed by its central character, and at two-and-a-half hours, it may be the single most punishing experience I’ve had in a theater so far this year. There are so many bad decisions on display here that I feel like it’s a film worth studying, if only to see clearly how not to bring a beloved character back to the big screen.

Let’s be clear: this is a terrible film by any standards. Overlong, with a script that reads like a notes session no one ever organized into something coherent, and totally confused about what audience it supposedly plays to, “The Lone Ranger” is grim, ugly, and deeply unpleasant. One thing it fails to be, in any way, is fun, and considering who is involved behind the camera and in front of it, that is truly shocking. If you’re a parent and you’re debating taking younger kids to this one because it is a Disney fan, let me warn you. This is an R-rated movie that has somehow managed to squeak by with a PG-13. It is startlingly violent, and it seems unaware of just how upsetting much of the imagery is. When you cut from the violent genocide of an entire Indian tribe to a wacky scene with Silver the horse standing on a tree branch and wearing a cowboy hat, it’s pretty clear you have no idea what story you’re telling or why.

At one point in the film, one of the main villains played by William Fichtner cuts a man’s heart out of his chest and, in front of the immobilized Lone Ranger, eats it.

I repeat. He cuts the man’s heart out. And then he eats it.

And this is a big summer Disney movie? Really?

Check out the reviews here, and here. 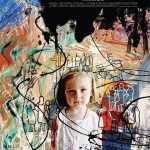 July 2, 2013 Revisiting Marla: Did Their Kid Paint That? [Updated!]
Recent Comments
4 Comments | Leave a Comment
Browse Our Archives
Follow Us!