There Are No “Good People” and “Bad People”: A Must-Read Response to the Hurt and the Heroism at Seattle Pacific University 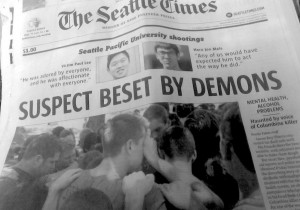 What really happened at Seattle Pacific University on Thursday?

Did a “bad guy” show up on campus? Did “good guys” overcome him?

The following letter was posted on Facebook by Dr. Stamatis Vokos, a professor of physics at Seattle Pacific University. I think it’s the most beautiful and important writing about this event that I have read, and I encourage you to share it with others.

Dear friends and colleagues, near and far,

Thank you for reaching out to share your care, send your warm thoughts, and inquire about our safety.

We are fine. And we aren’t. A freshman leaving my building was shot down by a stranger with a shotgun and eventually died of his wounds. The shooting was witnessed by two physics majors, one of whom was sprayed with shrapnel to his neck and torso. The shooter shot another student before being immobilized by a senior engineering student and several others. All this happened a few meters away from my office door. I was not in the building but several of my dear friends were there, including a pregnant graduate student who was just a few feet away and used her body to shield a student.

The shooter did not have any connection with the university, as far as I know. He did not know any of his victims. That makes my prideful self feel better. But I know that it doesn’t make a difference. There is no “us” and “them.” Or rather it makes all the difference in the world. An “us” vs. “them” mindset creates human suffering.

One of the benefits of working at a Christian university is that faculty and staff have similar lenses through which to interpret and give meaning to life happenings. There are no “good people” and “bad people.” There are people, with shared humanity, with common brokenness and common potential for redemption. In me lies the person who shoots, the person who lies wounded, the person who steps into the breach to save others, the person who sighs a guilty sigh of relief that he and his daughter are not in harm’s way.

I mourn for the lost innocence of my students. For the fact that my building—now a FBI crime scene—is off limits to the students who were hoping to finish their physics and engineering projects so that they would graduate next week. I mourn for the parents and friends of the freshman who died; for the dad of my student who was stuck in kidney dialysis for four hours worrying impotently about his son who had been whisked to the emergency room; for the mother of the other student who flew to Seattle from Arizona to wait in the surgery area for her daughter to emerge. I mourn for the young man and his family who have to live trying to make sense of his shootings.

But I also feel grateful that everyone rushed to support each other. I felt like a mother hen yesterday with a brood of chicks and a heart that was growing and growing to fit them all inside. I felt lifted up seeing an Orthodox Jew pray at the impromptu memorial in front of Otto Miller Hall. Across the street, the abbot of a local Russian Orthodox Christian monastery was offering words of encouragement to faculty and students.

Those of us who call ourselves Christians know that the so-called problem of evil is the most serious emotional threat to faith—why do bad things happen to undeserving people? How could an all-powerful loving God allow human suffering? But we also have the theological, intellectual, and experiential resources to know that the very question is ill-posed because it overestimates evil. Evil has been defeated, death has been defeated. Peace is not the absence of conflict—it is the absence of fear. Human suffering is not God’s will—at least not the God whom I worship. God stands with humans during our suffering. Love is stronger than evil; not in a dualistic sense but in the physics sense that a single “thing,” light, and not two things, light and darkness, is the proper unit of analysis.

And love will prevail.

I know that not everyone agrees with my metaphysical commitments. That is fine. My anthropology allows for that—no, cherishes that. I know that we all agree that human flourishing is a good thing to strive for. In that light, I wish the very best to you and your loved ones and encourage you to pick one person today to shower your love on. Your love is the embodiment of good, it is the healing agent, it is the antidote to fear and suffering. It is the only transformative force in the universe. Not as an emotional “high” but as a stance toward being that unifies heart and mind.

And I thank you again for loving us.

Watch as the media turns the story of what happened at Seattle Pacific University into a story of a Hero and a Villain, “a good person” and “a bad person.” (Responding to the SPU shooting, NPR did a story about “heroes” that went so far as to say that heroes are probably just “wired differently” than the rest of us — as if we live in a Marvel Comics universe.) That’s the story we want to believe. But no… there is the potential for heroism and the potential for destruction within each of us.

At Seattle Pacific this week, I saw one person fail himself and the world, giving in to his capacity for destruction. But there is still hope for his healing. And I saw many exercising their capacity for grace and love. Some prevented him from killing more people. Some prayed for him.

There are many ways we can fail each other. We can commit violence. We can also be apathetic. We can forget too quickly the damage that has been done, while others continue to bear tremendous burdens. We can rush into shouting about gun regulations. (That is an important subject and the time will quickly arrive for us to address that; but right now, in this moment, I’m inclined to suspect that a political argument will take us into an arena of shouting and ugliness and generalizations, steering our attentions away from the immediate needs of people who are still wounded in front of us, people who are asking for help and love and grace and peace.)

Some, wanting to do more than just read the news, have been looking for ways to exercise grace. They are praying. They are serving. They are supporting students, families, faculty, and staff at Seattle Pacific, some of whom have been working tirelessly in crisis-response mode since Thursday afternoon at 3:30.

Some have asked how they can contribute funds to help Seattle Pacific students in the wake of this tragedy. SPU has created the “Rise Above” Fund. The purpose of this Fund is to give us an opportunity “to remember and rise above the tragedy of June 5 by supporting those directly affected and meeting special needs from across our community.”

If you feel moved to support SPU in this way, please give. 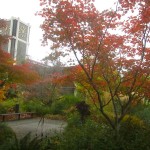 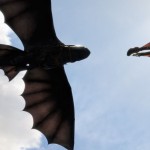