Back to the Budapest Hotel: Second Impressions 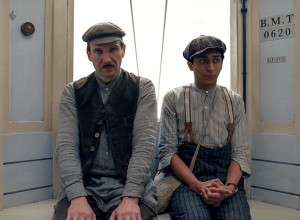 Under the cover of night, Monsieur Gustave (Ralph Fiennes) escapes from prison and finds that “The Divine Zero” (Tony Revolori) has dutifully arrived to rescue him…

Zero [pauses — then, having learned well from Gustave that important information deserves to be related in poetry, he recites]:

‘’Twas first light when I saw her face upon the heath; and hence did I return, day by day, entranc’d: tho’ vinegar did brine my heart -‘

Very good! I’m going to stop you because the alarm has sounded — but remember where we left off, because I insist you finish later!

Inspired, unexpected exchanges like this are what make the relationship between M. Gustave and Zero so remarkable.

And there are so many of them.

And that’s just one of so many ways in which Wes Anderson packs every minute of this movie with something to enjoy.

I’ve just seen it a second time, this time on DVD. I was afraid that the film would be a much lesser thing on a smaller screen, where I couldn’t lose myself in the extravagant set design. But no, it’s still a blast the second time around. Somehow, it feels both more frivolous and more fun. 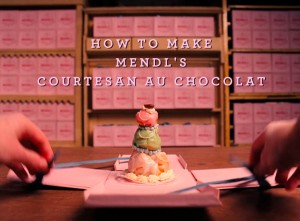 And Ralph Fiennes’ performance should be (but won’t be) remembered when award season heats up. He is one magnificent meatball…

… but too many unnecessary celebrity cameos weaken the sauce in which he marinates.

I know, I know — everything about this extravagant confection is deliberately excessive, like frosting and food coloring on… well… a confection. But I might have cared about Gustave and Zero a little more, and suspended disbelief a little longer, if Anderson hadn’t lost all restraint and turned the second half of the picture into a demonstration of just how many stars will line up and do any little silly thing he asks of them.

Still… that’s a quibble. This will be on my Top 10 of 2014 list. For a lot of reasons. Here’s one: Has any film ever made presented so many magnificent sets? I had a flashback to watching Miyazaki’s Spirited Away on DVD for the first time, and how I kept pausing the video just to state at those beautiful rooms. But with Grand Budapest, the music has such energy and momentum that I can’t bear to interrupt it.

The Grand Budapest Hotel is now available on home video and streaming services. Here’s a look back at my original, full review of the film. 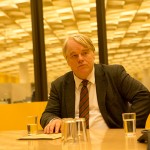 July 23, 2014
Overheard at the Movies: Persecuted, Noah, Wish I Was Here, Life Itself, I Origins, and A Most Wanted Man
Next Post

3 responses to “Back to the Budapest Hotel: Second Impressions”