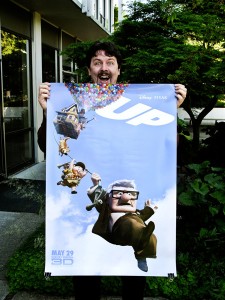 This summer is the fifth anniversary of the theatrical release of Up, and it is standing the test of time as one of Pixar’s greats. If it weren’t for the “dogfighting” at the end, which took things a bit too far for me (talking dogs — okay, I’ll go there, but talking dogs that fly airplanes?), I’d be tempted to call it a masterpiece.

Here’s my original commentary on the film, which was originally published at Good Letters, the blog hosted by Image, on July 24, 2009.

Thirty years ago, I watched Richard Pryor sell some balloons to Gonzo the Great at a county fair.

As Gonzo eyed those colorful helium-filled spheres, Pryor went for the hard sell: “I have guys come in all the time. Sometimes, they’ll get a buncha balloons for their girls, and…they go gaga for it.”

Gonzo’s eyes widened. “Gaga?” He grabbed the balloons and, much to his surprise, they carried him skyward. Laughing with wild abandon, the daredevil shouted, “I can see the whole world!”

I wanted to cheer. The Muppet Movie swept this awestruck nine-year-old up out of his simple, earthbound life, and impressed upon him that even the flightless could find ways to fly.

I feel a similar, childlike joy when Carl Fredricksen — the crotchety geezer of Pixar’s new film Up — sends his rickety house up into the clouds. Borne away by a balloon bouquet, Fredricksen’s off for one last adventure.

Fredricksen always dreamed of taking his wife Ellie to Paradise Falls in South America. And we want him to succeed, because the opening scenes of the film have made us care about this grouchy character. Through 20 minutes of near-silent cinema, Pixar’s storytellers give us a crash course in Fredricksen’s history.

We watch their friendship blossom in childhood. Wide-eyed dreamers in pilots’ goggles, they chart a course for adventure together. But their hopes are spoiled again and again — financial troubles, a miscarriage, and a parting that comes too soon.

Fredricksen ends up alone, his dreams fading in their picture frames. That young boy with the goggles and a balloon called “The Spirit of Adventure” has become an old man wearing thick glasses and carrying a cane.

When the threat of a retirement home sends Fredricksen into a balloon-powered escape, he carries what’s left of his life with Ellie along with him. It’s his last attempt to find the world of his boyhood dreams — where the streets have no name, where paradise hasn’t been paved.

It would seem a lonely adventure. But Fredricksen discovers a stowaway: a boy scout named Russell. Russell’s a new incarnation of Karl’s younger, bolder self. He hopes to be a full-fledged Wilderness Explorer. He’s only one merit-badge away from fulfilling that dream. What’s left? “Assisting the elderly.”

For Fredricksen’s house isn’t just a sentimental attachment — it is also a symbol of paralyzing grief. It’s “baggage.” Once he reaches his destination, he drags his airborne house along behind him by a garden hose as if it were the world’s heaviest kite. By contrast, Russell’s backpack is a burden packed with tools he can use to help others.

Put off by heavy human drama? Don’t worry — there are plenty of familiar Lost-World conventions here. A tropical wonderland. Colorful critters. A legendary monster. Anxious escapes from fang-baring beasts. And a madman lurking in the wilderness.

Up embraces these conventions as opportunities for enhancing and embodying its themes, even as it deliver hilarious comedy. As I’ve said about several films from Pixar — Up has much to offer children, but far more to offer adults. We’re so entertained, we don’t realize until afterward that we’ve been exploring difficult questions:

Everything at Paradise Falls — from the talking dogs to Kevin the Bird-monster — helps us understand the hearts of our human characters.

Kevin’s more than just an exotic bird. She — yes, she — is trying to get back through the wilderness to her crying babies. Her primal attachment to her chicks reminds us of our own fundamental responsibilities. In trying to help her, Fredricksen and Russell are expressing their own desire for family.

Kevin also asks us to consider how we respond to all that is wild, beautiful, and mysterious in the world. When the adventurers run into Charles Muntz, the legendary explorer who was a hero to Karl and Ellie, we quickly see that there is a right way and a wrong way to respond to mystery. Fredricksen and Russell want to help the bird thrive, but Muntz wants to claim the creature as a trophy to advance his own maniacal ego.

Muntz has a balloon of his own: an ominous, missile-shaped zeppelin. He patrols the wild in search of new conquests for his own exaltation. He’s cut himself off from human community, surrounding himself with obedient dogs. To his troubled visitors, Muntz boasts that he plans to “keep the best for himself.”

During their wild adventures in the air, Fredricksen and Russell are learning how to live exciting lives while earthbound. A relationship becomes their final frontier — one in which sharing makes everything meaningful. At last, Fredricksen can let go of his baggage and fulfill the dreams that he and Ellie shared. Russell finds the father figure he needs—an adult who will succeed where his biological father failed.

Our last glimpse of them — as they play a mundane game on an ordinary street corner—tells us that they don’t need South America anymore. The Spirit of Adventure is alive and well in their friendship.

One might speculate that Up succeeds because of the way it brings these questions to life through story instead of sermonizing. And that’s true.

But I suspect that the film’s levity is also essential to its success. Director Pete Docter and his team have soaring imaginations — not just for narrative, but also for imagery. I suspect they were influenced by the same elevating entertainment that thrilled me as a boy.

I laughed out loud when Russell, baiting the elusive bird out of the jungle, shows Fredricksen the bait that did the trick. “Chocolate?” Fredricksen gasps. The boy brandishes the candy bar in triumph, and declares, “He goes gaga for it!”

Aha. Maybe I wasn’t the only one who found lasting inspiration at the sight of a crazy daredevil carried off into the sky by a bundle of balloons. 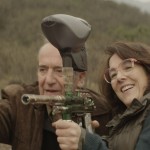 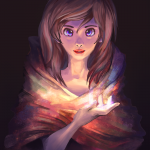 July 6, 2014 Summer Reading Bargain: Auralia's Colors is Less Than $5 at Amazon
Browse Our Archives
get the latest from
Entertainment
Sign up for our newsletter
POPULAR AT PATHEOS Entertainment
1