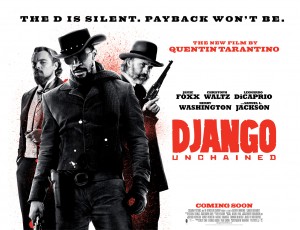 Now that Quentin Tarantino’s Django Unchained is streaming on Netflix, I figured it was time to republish this article, which was requested by the editors of Christianity Today, and published in the March 2013 print issue under the title “Blaze of Gory” and online as “Django Unchained and the Quest for Revenge.”

On Christmas Day 2012 — while Americans were still grieving for victims of the Newtown elementary-school massacre — Django Unchained, the new film by Quentin Tarantino, opened nationwide.

For those who don’t know: Django Unchained is set in the 1850s. A slave (played by Jamie Foxx) is set free and trained by a bounty hunter (Christoph Walz) to help him kill bad guys. Eventually, they endeavor to rescue Django’s enslaved wife from a sadistic plantation owner. Extravagant shootouts, sickening carnage, and vigilante justice ensue.

Did the wounded American public boycott the movie and condemn Tarantino for insensitivity?

No, many opened their Christmas presents and then went to the movies. Django Unchained earned more than half a million in the first six days. And Hollywood, being a business-minded town, will get the message: “More of this, please.”

Before we flog Tarantino for his extreme depictions of violence, or condemn Django Unchained, or call for censorship on artists who paint scenes of atrocity and bloody vengeance, consider these questions.

1. Are people really so bloodthirsty?

Stories of vigilante justice and revenge oversimplify the world into good guys and bad guys, and glorify individuals who resolve by force whatever grieves or offends them. They answer violence with violence, ad infinitum.

Such art lacks any vision for peace, reconciliation, or the redemption of enemies.

But it is naïve to convict audiences of mere bloodlust. Many are compelled by an honorable passion, a perception of injustice, a desire to see order restored. When the audience cheers for the rescue of Django’s wife, or for the punishment of a man who castrated slaves, there is genuine conscience at work.

It falls short of a mature respect for love, mercy, and grace, but it’s a step in the right direction. 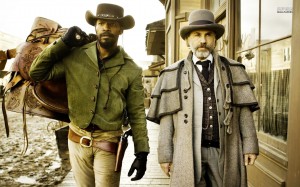 2. If gratuitous violence is harmful, what about dishonesty?

When a culture tells stories that deny or excuse its own evils long enough, the pendulum is sure to swing the other direction, revealing and even exaggerating what has been left out.

Tarantino’s vision of the 1850s is more truthful and less romanticized than most films about the period. He isn’t afraid to acknowledge the murders, cruelty, and racism that should weigh heavily on America’s conscience.

Violence that is easy to watch is potentially more damaging than scenes that make us sick to our stomachs.

3) Don’t the Scriptures tell us to dwell on “whatever is good … whatever is excellent”?

We should be just as quick to acknowledge and honor what is “excellent” and “worthy of praise” in Tarantino’s movies as we are to object to his offenses.

But if you find his films too troubling, by all means, steer clear. Writing to a church whose members disagreed about how far they could go in consuming pagan culture, Paul counseled, “One man’s faith allows him to eat everything, but another man, whose faith is weak, eats only vegetables. … Let all be fully convinced in their own minds” (Rom. 14:2–5).  Elsewhere, he said, “Everything is permissible for me — but not everything is beneficial” (1. Cor. 6:12). Some of us can stomach Tarantino’s work, others can’t. Both can be faithful responses.

4) Are we remembering the violence in the great stories?

The Old Testament paints a world in which violence is a method for committing sin and achieving justice. Cain. Moses. Samson. David and Goliath. David and Uriah. God’s armies slaughter men, women, children, and animals. A woman drives a stake through a villain’s head. (Remember Ehud, who cleverly gained access to an evil king and then shoved a dagger so deeply into his guts that “the handle sank in after the blade, and his bowels discharged”? That’s some gory, violent justice right there.)

To a world without Christ, these stories were necessary. To those that love him, they’re a reminder of how much we needed him. To a world that rejects his example of sacrifice and grace, they remain a pleasing fantasy, but insufficient.

The Apostle Paul walked among altars built to false gods and observed how they revealed a culture’s incomplete vision. He did not condemn altars or worshippers, but engaged their longing for the missing piece, the “Unknown God.”

By listening to the conflicted and troubling visions of our own culture, we can answer Christ’s call to love our neighbors. Moreover, we can learn to share, celebrate, write, and even film visions of something better than vengeance, a way that reconciles all of creation and breaks all captives’ chains.

[I explore the subject of big-screen violence and vigilante justice more thoroughly in my “memoir of dangerous moviegoing” — Through a Screen Darkly.] 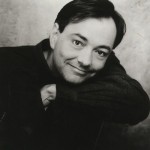 October 29, 2014 Filmwell's Michael Leary: Things I Learned About Parenting Daughters From "Gilmore Girls"
Recent Comments
1 Comment | Leave a Comment
Browse Our Archives
get the latest from
Entertainment
Sign up for our newsletter
POPULAR AT PATHEOS Entertainment
1

One response to “Now on Netflix: Django Unchained”