Looking Closer at Selma: My Review and Some Other Perspectives

Looking Closer at Selma: My Review and Some Other Perspectives January 9, 2015 Jeffrey Overstreet 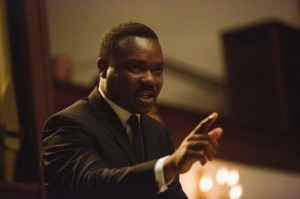 Director Ava Duvernay had a monumental task before her, making a high-profile motion picture focused on Dr. Martin Luther King Jr, with a cast of famous names. What’s more, the closer the film has come to release, the more the headlines have shown us just how much we need a Great Film about Dr. King’s vision.

Even great directors would probably have disappointed us. Think of Spielberg’s Lincoln: Hey, I loved it, but I acknowledge that it had weaknesses, just as his Schindler’s List did. Or think of far worse examples: Oliver Stone’s heavy-handed World Trade Center, for example. When movies speak as directly into current events as this one does, the movie is likely to sound like it represents one side of a partisan debate, like it represents “special interests,” or like it’s just exploiting our wounds and worries for big-screen thrills.

By choosing intimacy over an epic scale, by going small instead of large, by discernment and selectivity over throwing everything available to her at the screen, Ava Duvernay has surpassed all expectations with a masterfully crafted film that will become a standard by which American historical dramas are measured.

Selma gracefully avoids stumbling into any of the classic biopic ditches. It doesn’t over-glorify its subject; Dr. King is portrayed as a complex, flawed, human character. It marches from beginning to end with remarkable focus, historicity, conscience, beauty, and soul. It never becomes showy. It never becomes heavy-handed. Nor does it shy away from portraying the centrality of Christian faith in this story (I’m looking at you, Unbroken), but bravely models how King’s faith was not an accessory or a badge or a brochure, but a deeply integrated part of his life.

And it is fair.

David Oyewolo seems born for this moment, portraying King with humor, heart, and nuance, showing him to be a man of deep conscience and courage, but also profound doubts and disillusionment. His well-documented infidelities are also acknowledged soberly, in a way that exposes him as a figure of deep flaws and moral failures. But that is the way to go: Tell the truth, and that enhances those moments when he is charged with courage and faith, speaking truth to power.

Coretta King is also more than just the usual Hero’s Wife here; her strength, intelligence, and resilience is as crucial as King’s eloquence in keeping the fires burning — the fires of the protests against rampant cruelty and illegal prejudice in the South, as well as the fires of her marriage and family (which are the foundation on which King stands). And Carmen Ejogo’s performance gives us a complex, nuanced portrait.

Even as Duvernay raises the terrifying specters of George Wallace (Tim Roth, whose restraint here is powerful) and his troops of badge-wearing racists, she avoids exaggeration and refrains from giving them the Iconic Villain treatment. (Wallace’s political endeavors for the sake of the poor are even acknowledged.) You have probably heard gripes about discrepancies between the film’s portrayal of LBJ (played brilliantly by Tom Wilkinson) and what history tells us, and these are worth acknowledging and discussing, but any historical storytelling involves acts of paraphrase, interpretation, and revision. President Johnson was a profoundly complicated and, in some ways, wicked character. While his tactics may have played out a little differently than we are shown here, he is fairly represented as a president whose compromised his integrity in his handling of the South’s persecution of African Americans.

Considering the gravity of the situation she’s filming, Duvernay’s approach to every scene is impressively modest — one might even call her style “gentle.” The music acknowledges what is happening, it doesn’t announce or insist. The cinematography is attentive, never acrobatic. All of these things work together to draw us in, to get us thinking, to undermine our expectations and give us an unconventionally truthful experience.

Selma is, quite simply, everything I could have hoped for in a film about Dr. King. It is artful, inspiring, perfectly cast and powerfully acted, beautifully shot, scored with sensitivity rather than sentimentality, efficiently edited, and profoundly dignified. I avoid making grandiose claims about movies, especially as the filmmaking industry descends into the hilarious exaggerations and self-importance of Oscar season, but I really don’t see any reason not to propose that this is the greatest American-made movie of 2014: for how it serves and conveys the importance of its subject at a time when the world needs reminding, and for how it models that great art is found in moments of deep humanity rather than hysterical sensationalism.

Let it play from screen to shining screen.

And the sooner, the better.

Here are some other responses to the film from critics I respect:

For The National Catholic Register, Steven Greydanus interviewed David Oyelowo and their conversation is fantastic.

And here’s a review from Alissa Wilkinson at Christianity Today:

Last week I explored whether our art is up to dealing with the challenges of our times. I suggested that one of the difficulties facing artists is that there’s simply more stuff to watch, and so even a great work simply gets seen by fewer people—which means we have fewer common texts to talk about, and fewer works that can move the needle substantially on our national conversations.

Having said all that, I’m going to do something I’ve only done once before, and also say this: you, Christianity Today reader, need to go see Selma.

See it while it’s in the theater (Christmas Day in some markets and January 9 in the rest), and bring some friends or family members. It is a very, very good movie, beautifully shot by Bradford Young (Ain’t Them Bodies Saints, A Most Violent Year) and deftly, almost astonishingly well-directed by relative newcomer Ava DuVernay. Its cast is terrific— Oprah Winfrey, Lorraine Toussaint, Common, Wendell Pierce, Keith Stanfield, Colman Domingo, André Holland, and many more, plus Tom Wilkinson as Lyndon B. Johnson and Tim Roth as George Wallace. Carmen Ejogo is steady and heartbreaking as Coretta Scott King, and most importantly, David Oyelowo plays Dr. King himself.

Alissa’s interview with David Oyelowo about the filmmaking, King’s faith, and Oyelowo’s own faith, is also well worth reading.

There are films that galvanize movements.  As I sat, watching “Selma,” I knew this film would be one of them. The first major studio film from the first black woman to win best director at the Sundance Film Festival, “Selma” is action-packed, majestic, funny and soul-wrenching all at the same time. This film that centers ordinary, everyday people, in the place where they lived, doing their work, loving on the leaders they chose, fighting to change the world, is a breath of fresh air to a civil rights narrative that so often lionizes Dr. King, positioning him as savior, as Christ, rather than perhaps as a more human, radical, revolutionary Jesus. I never shy away from the Jesus-King comparisons, because I remain clear that there was Jesus and there was Christ, and King was no Christ. But he loved people, and served them, and died for them.

James Rocchi at The Wrap:

Selma is one of the best American films of the year — and indeed perhaps the best — precisely because it does not simply show what Dr. King did for America in his day; it also wonders explicitly what we have left undone for America in ours. … Oyelowo’s performance would be impressive enough if it merely recreated the icon we now revere as perfectly as he does through a variety of methods — the cadence of the speeches, the gestures made to the crowd, the political theater of and principled belief in fearlessness and compassion as the only counter to violence and ignorance. But Oyelowo, and Webb’s screenplay, also give us a rich, rewarding portrait of King as a man, one capable of mistakes, self-doubt and hurt. A scene between King and his wife Coretta (Carmen Ejogo) where she not only confronts him about his infidelities but also puts them into aching, ruined context is a masterclass in two-person scenework.

This film does more to advance new conversations on the legacy of human rights and the ever-present threat of violence and trauma in black life- something that seems so regular within the racist hierarchies that allow it, but when broadcast across the world and into homes of fellow human beings, becomes grotesque. There is no way to watch this film and not think of Ferguson, of Trayvon walking home, of Renisha McBride, of the severity and sudden violence lurking around corners of black life. Rarely has a film been able to merge an epic dramatic event with social critique, and still make make it human. “Selma” accomplishes this feat. “Selma” is the human narrative.

Stephen Farber in The Hollywood Reporter:

[T]he strength of the film is the sense of proportion that DuVernay demonstrates. In a season of so many bloated, overlong films, this two-hour recounting of a few crucial months in 1965 seems just the right length. Intelligently written, vividly shot, tightly edited and sharply acted, the film represents a rare example of craftsmanship working to produce a deeply moving piece of history. 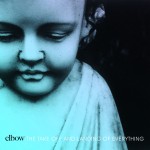 January 9, 2015 The "Most Christian" Movie of the Year?
Browse Our Archives
get the latest from
Entertainment
Sign up for our newsletter
POPULAR AT PATHEOS Entertainment
1

Hosea at the movies: three films and a...
A brief look at Matinee Theater: The Prophet Hosea (1958), and brief...
view all Entertainment blogs
Copyright 2008-2021, Patheos. All rights reserved.