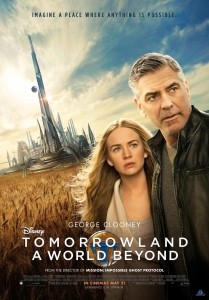 “Is anything more dispiriting than a failed attempt at inspiration?”

That first line of Steven Greydanus’s latest film review reminds me of some of the reviews I read for Andrew Stanton’s first non-Pixar feature film — the unfortunately named, and more unfortunately reviewed, John Carter.

That movie and its critical reception (rejection?) were hard pills to swallow for this faithful Pixar fan. Stanton’s a great storyteller, and I had been excited about his labor of Edgar Rice Burroughs love. The film was wildly imaginative and a lot of fun — I actually liked it quite a bit — but it got terrible reviews (unfairly, in my opinion), and bombed at the box office due to one of the worst marketing campaigns a potential blockbuster’s ever seen.

I hoped that Brad Bird would experience a much more positive response to his own passion project — the long-anticipated Tomorrowland.

Bird, like Stanton, became a moviegoing-household name for his work at Pixar. And his first non-Pixar feature — Mission Impossible: Ghost Protocol — was the best installment in that franchise by far, and barrels of fun. Still, Tomorrowland was kept so secret that I didn’t want to set myself up for a disappointment.

But then came the teasers and the trailer… and they looked awesome.

I told myself to quit worrying.

And now, here it is.

And now… well, there it goes.

One by one, the reviewers I trust most — even those who have been positively evangelical for Brad Bird’s work in the past — are lining up to exchange condolences. They’re shuffling their feet, hanging their heads, and wringing their hands. They look like fans of the Seattle Mariners who were assured that this year’s team was going to be World Series material, and who, even though they have the hottest hitter in Major League Baseball, are closing in on 40 games into the season with more losses than wins.

So, yeah, back to Greydanus’s review. He, a longtime superfan of Brad Bird for The Iron Giant, The Incredibles, Ratatouille, and Ghost Protocol, writes

Tomorrowland argues that the future is as dark or as bright as we choose to make it; that artists, scientists and dreamers can save the world; that the dystopian post-apocalyptic nightmares dominating popular culture are killing us, and are no more inevitable or realistic than the Space-Age techno-optimism of Disney’s Tomorrowland and EPCOT, Roddenberry-era Star Trek and even The Jetsons. I’m all in favor of these ideas, but if Bird of all people can’t make them more compelling, there’s no reason George Miller should ever retire Mad Max.

Bird is a master of action set pieces, as The Incredibles and Mission: Impossible — Ghost Protocol amply attest, and he makes this stuff diverting enough.

But it’s all just diversion — just the plot spinning wheels until it’s time for the third act. None of this has anything to do with Tomorrowland, or with the threatened dystopian alternative. It doesn’t even all fit. Take the scary robots: Once we learn who’s behind them and what his motivations are, does their casual disregard for human life (more than once they vaporize inconvenient police officers or guards) make sense?

Perhaps the biggest disappointment in a would-be inspirational film about a bright and shining future is that Tomorrowland itself is all promise, no delivery: a Shangri-La that dissolves like a mirage.

In Tomorrowland, there’s talk about saving the world, but all we actually see onscreen is a solidarity of artists, scientists and dreamers called to live apart from common folk in utopian creative freedom. For years some have raised questions about an Ayn Randian Objectivist vibe in Bird’s movies: a preoccupation with special people and an indifference to ordinary ones. That never struck me as a plausible critique of any of his films — until this one.

Looks like I won’t be paying full-price for this.

Or, maybe I should seek out some other reviews from Brad Bird fans.

Another one — Drew McWeeny at HitFix — writes:

I’m a little stunned by the entire enterprise. For the first time in his career, I am almost entirely baffled by one of his films. “Tomorrowland” may be well-made, but whether you’re talking about it thematically or dramatically, this is a profoundly mixed bag, and I suspect family audiences are going to hit this thing like a brick wall when it opens next Friday. . .

Part of what drove me craziest about “Tomorrowland” as an experience is that it seems to be the first act of a movie for about 2/3 of its running time, all road trip with no real payoff. By the time we finally make it to Tomorrowland, it’s time to wrap things up, and we spend just enough time in the titular location to get the entire theme of the film delivered to us in perhaps the most pedantic fashion possible. Because make no mistake… this is a message movie, science-fiction as statement in the way that films like “The Day The Earth Stood Still” or “Soylent Green” are, and everything is in service of that message. It’s the point of the film, and Bird makes sure there’s no way you can miss it.

The problem is that everything else in the movie feels like busywork, noise and motion designed to keep you distracted until we reach the moment where Bird can drop his theme-bomb on us. . . .

And by far, the biggest disappointment is Tomorrowland itself.

Meanwhile, Bird’s co-writer Damon Lindelof is already writing off critical responses as being the work of people who are just cynical and who think it’s unfashionable to hope.

Yeah. Cynical. Like, oh… Steven Greydanus, who loves a well-crafted movie about hope more than anybody I know.

I’m not going to completely write off Tomorrowland. I’ll probably go see it when it hits the discount theater in my neighborhood. But during a season when I have very little time for movies, I need to do my research and choose carefully. And my reliable jury have just cross this one off of the High Priority list.

Do you agree with these reviews? Or are these guys just… you know… fashionably cynical? 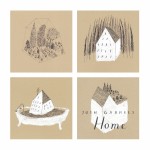 June 1, 2015 From the Writer Who Brought You "Amazing Grace"...
Recent Comments
5 Comments | Leave a Comment
Browse Our Archives
Related posts from Looking Closer

Tauren Wells Stays Focused and Hopeful with New...
Dove Award-winning and GRAMMY Award-nominated artist Tauren Wells recently released his third...
view all Entertainment blogs
What Are Your Thoughts?leave a comment

5 responses to “Tomorrowland? Or Tomorrow-bland?”