One God, Part 1: The Worldview behind the Many Gods of Paganism

The fourth word in the Nicene Creed is “one.” It distinguishes Jewish and Christian belief from Paganism, with its many gods. There’s more to it than just one versus many, though. It’s not as if Jews disbelieved in all the gods except one and atheists disbelieve in one more.

Monotheism in its Jewish form arose in the midst of an ancient culture with many gods AND a definite view of reality. The Jews changed both. In the next few posts I’m after an understanding of how that change happened in the midst of ancient Paganism and what it meant.

This is the seventh in a series on the Creed of Christians. An introduction consists of my retelling of the Creed’s story. That and links to other posts in the series are here.

A world with many gods

To understand a change you have to know what came before, but t’s hard not to misunderstand primitive religion. Ancient Paganism may look naive, but it’s far from that according to Mircea Eliade. He is a student of non-Western and early culture. His book Cosmos and History was required reading in a philosophy courses in the late 1960’s. Most of what I’m saying about the worldview in which Judaism arose is from his works.

Disposing of one misunderstanding right away, Eliade insists no culture has ever worshiped any finite thing. The sun that we see was never considered a god; neither were the golden calves or bulls that the Israelites made, against the commands of their prophets. These were symbols. The god worshiped was always something behind the symbol.

Still those gods are hard to understand. Practically anything and everything could have a god connected with it. One wonders why people couldn’t accept what they saw. Why did they have to add another layer of reality? Primitive people often ran into things that they couldn’t understand, like volcanoes and thunderstorms. Did they just imagine forces to account for these things and called them gods? Why couldn’t they accept the fact that they didn’t understand something?

It’s easy to tell there’s something wrong with this picture of ancient Paganism. Primitive religions had gods for things no one would need to control, like a rainbow god and a moon goddess. They also had gods for things that people understood perfectly well, like fertility, and specifically human things, like knowledge, literature, art, and music.

A comprehensive and sophisticated worldview

Eliade’s study of folk culture reaches a more generous conclusion about the religions of primitive people. He says they had a different take on reality and causality. With us reality is one thing: you either have it or you don’t. For the primitive mind there is the world we live in and then there is the really real world—a divine world, an eternal cycle of all the essential processes of life and death, a world where everything and every process is a god. “Heaven” is a possible word for it, but you have to free your mind of Christian imaginations.

This higher, most real world is not perfect in any way that we would recognize. Death is there; in fact, Death is one of the gods. Peace is not there any more than it is here. The gods of the stories quarrel and fight. From a modern vantage point it seems people just projected whatever they saw in the world of nature, including their own lives, into an imaginary other world. From the inside, though, it felt just the opposite: The world of people, this finite world, depends on the higher world; the world participates in the true reality more or less well.

The visible world is only more or less real. The most real part of our world, in this view, is its beginning, before anything happened to mess it up, when the world was completely identified with the really real world. This beginning is a time separate from human lived time. The aboriginals of Australia have a good word for it: “dream time.” There’s no historical connection going from it to today. The connection works in the other direction: Religious ceremonies are deliberate attempts to go back to this “beginning,” to identify with the “real” time. The technical word is participation. Our world participates in that most real world.

Paganism and a cyclical worldview

Each year, or more often, the world begins anew and the world dies anew. Breaking a taboo is losing the connection with this beginning time. Then reality is lost. Times of famine or unusual sickness might be signs that this has happened. Then there needs to be reconciliation through special ceremonies or practices. These often include offering something. They might involve pain, animal sacrifice, even human sacrifice. I’ve never read or heard why so many religions included these negative-seeming practices. My guess is that pain and death are part of the eternal cycle, and we cannot be real unless we identify with these as well as the pleasures of life.

As I interpret Eliade, in the really real world rain and all the other natural phenomena simply happen, or are. Rain happens in our world, especially rain at the right time, when our world participates in the eternal cycle. Today a New Year celebration marks the beginning of the year. In the imagination of ancient world such a ceremony also caused the new year, but not by what science would recognize as a cause. Reality and causality both are participation. Drought, flood, or defeat in war indicated a failure of participation. That required special ceremonies. If you wanted a special favor from a god, that too could become part of the eternal back-and-forth cycle, provided that you balanced that favor with an offering to the appropriate god.

On this view everything is sacred, or else it is less real. It seems a strange view of the world, but definitely not simple minded. In fact, the great philosophers of ancient Greece held this worldview, more abstractly but not essentially different. Plato thought of a heaven of ideas or pure forms. The things of this world below participate in these forms more or less accurately. Aristotle, who rejected Plato’s separated forms, still believed in reality by imitation. The cycles of human life (for example war and peace) and the cycles of nature growth and decay, life and death) imitated the more perfect circles of the planets and stars, and these latter moved only in imitation of the most perfect circle. For Aristotle this was mind knowing itself, Aristotle’s God.

The best anyone could hope for would be that these cycles continue eternally. Eliade called it “the eternal return of the same.”

Then came the Jews.

One ancient people was not happy with the cyclical worldview of their neighbors. The next post will describe what the Jews gave to the world, a legacy that we inherit.

February 5, 2019 What the Jews Gave Us – The Story of a World Going Somewhere
Recent Comments
1 Comment | Leave a Comment
"Good thoughts, thanks. We must remember who Larry Brown is speaking to...the church...believers in Christ ..."
MrRex Bolsonaro, Evangelization isn’t This: Ex Evangelical ..."
"I have to believe that a group spreading Christ's message to the world is doing ..."
fritzpatrick Bolsonaro, Evangelization isn’t This: Ex Evangelical ..."
"This article presents so much one sided, out of context information. Perhaps you should go ..."
MrRex Bolsonaro, Evangelization isn’t This: Ex Evangelical ..."
"Now you've put your finger on a true disagreement between us. It concerns the distinction ..."
fritzpatrick Liturgical Wishes, or Things I would ..."
Browse Our Archives
Follow Us!

Not a Gumball God - A...
Faith on the Couch
Related posts from Lost in a One-Acre Wood 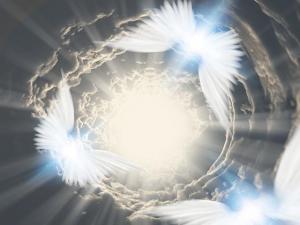 Catholic
What about the Traditional Angels, and What’s the...
Lost in a One-Acre Wood 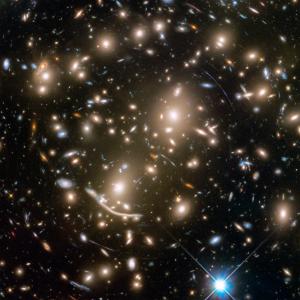 Catholic
Cosmos and History: Connecting the Angels
Lost in a One-Acre Wood 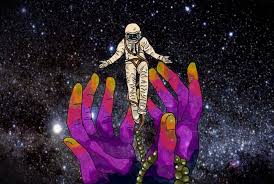 Catholic
Angels of the Cosmos or, Are We Alone...
Lost in a One-Acre Wood 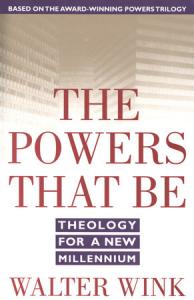 Catholic
The Powers that Be: Walter Wink and the...
Lost in a One-Acre Wood
TRENDING AT PATHEOS Catholic