Listening to Gender Theory, but Not Very Well

Responding to ‘Male and Female He Created Them’ – Part 2

The Vatican Congregation for Catholic Education believes that listening is a necessary first step before reasoning and proposing. This is the professed methodology in their document responding to gender theory. In spite of this good intention, the listening step is where “Male and Female He Created Them” falls down. That seriously weakens the reasoning and proposing parts of the document.

The document is weak in another respect, which I need mention only briefly. It’s very poorly written. There are several obvious errors in grammar and syntax. Throughout the text there is a strange scattering of italic words and phrases with no apparent purpose. In a high school paper my English teacher would have called that immature. Most annoying, the authors seem to have trouble speaking for themselves. Instead, there’s a nearly constant barrage of direct quotations. It makes the text disjointed, the thought harder to follow, and the reading tedious.

I have to wonder who the authors were listening to in the first part of their methodology. It should have been to their perceived opponents. But none of the many quotations come from people working in the area of gender theory. All of them and all references of any sort in this well-footnoted document are from Church documents.

The section on “Listening” begins with a “Brief Overview,” a kind of history of gender theory. In the Congregation’s view (Paragraphs 8-10):

So far in this “history,” the sole reference is to one document, Pope Francis’ Amoris Laetitia. We get a good idea of the kind of beliefs the Congregation disapproves of but no way of knowing who or how many believe these things.

Next (Par 12) we hear about the supposed radical separation of sex and gender. People choose gender without regard to biological sex. The document imagines “complete emancipation” from any sexual givens, fluidity, flexibility and “as it were, nomadic” sexualities.  Even “polyamory” comes up. Most of what the Congregation says I’ve at least heard of in the context of gender theory, but not polyamory. In the document’s description, that means “relationships involving more than two individuals.” (Par 13)

What the Congregation hears in this second-hand way is essentially what it is poised to reject in gender theory. Moderate voices in the movement don’t show up at all. Neither do any individuals with non-typical gender experiences or identity. This lack leads the Congregation to conclusions that they cannot support.

If the authors had listened to professionals who work with people on gender issues or transgender ,gay, and lesbian people themselves, their conclusions might have been different. They surely would not have referred to gender identity as a choice, as they do repeatedly.

Before getting into “Points of Agreement,” this “historical” and “Listening” section twice more mentions choosing one’s gender (Par 14), something that I don’t see happening. Of course, we do see what the Congregation also decries in this paragraph – “a plurality of new types of [marital] unions.” Well, besides traditional marriage between one man and one woman, I see exactly two – marriage between two gays and between two lesbians. The Congregation imagines more, including limited-term, contractual unions. I don’t think these would be marriages in any legal jurisdiction yet.

My conclusion about the listening step in the Congregation’s methodology is that the authors hardly listened at all. They’ve found a radical view of gender theory, with which I find it easy to disagree. They’ve supported their findings with many quotes, but a look at footnotes reveals only Church documents, not a representative selection of things gender theorists have actually said.

Speaking of the need for dialogue is one great service the Congregation has done for the Church. A healthy dialogue has partners who look first for what is good in the other side. With that done, it is at least possible that some criticism might be worth attempting and might be heard. “Male and Female He Created Them” will go on to do both things: find something good to say about gender theory and offer some criticisms.

On the basis of the listening accomplished so far, the prospects are not good for finding many areas of agreement; but there will be some. I will suggest more. Surprisingly, I find myself in accord with much of the criticism that follows and wishing that some of them could be stated more strongly and clearly. But, again, I’m not sure who or how many the Congregation and I would be criticizing. It might be only a very few on a radical fringe. The next post will take up those areas of agreement and criticism.

June 21, 2019
The Congregation for Catholic Education and Forms of Catholic Modernism
Next Post

June 26, 2019 Gender Theorists: Agreements and Criticisms and a Way Forward
Recent Comments
0 | Leave a Comment
Browse Our Archives
Follow Us! 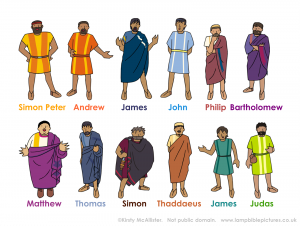 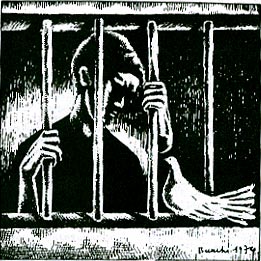 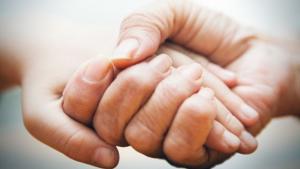 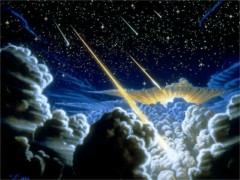