Metaphor: The Right Kind of Language for a Limitless God

On Souls, Reincarnation, and Journey of Souls, Part 2

Journey of Souls by David Newton chronicles the experiences of souls not as much in past lives as in their lives between incarnations. These souls can recount in detail their experiences in a world of spirits, but they have very little to say about God. The traditional picture of God as a person, they say, is too limiting. Rather than even use the word “God,” they speak, but rarely, of the One, the Maker, or the Source. Christian theology deals with the limited nature of any God image by recognizing that to speak of God is to speak in metaphor.

Metaphors tend to break open the limitations of language by, first, piling up one on top of another. To the metaphor of person we add rock, fortress, light, love, etc. Person seems to be our basic image of God, but that metaphor comes in several flavors, including Father, Mother, Shepherd, Judge, Ruler.

Second, there’s a yes/no quality to metaphor. Once you realize you’re speaking metaphorically, you tend to be careful not to put too much stock in your metaphors. Whatever you say about God you have to unsay just as strongly. God is like a father but not like any father of our experience. It’s the same with any other metaphor. Jesus’ favorite metaphor for God was Father, but he told a story about a father acting as no human father would—the “Prodigal Father.”

Metaphorical language ensures God’s independence from our limited ways of thinking. God is beyond what we can comprehend. As far back as Augustine, theologians have known: “If you can grasp it, it isn’t God.”

Journey of Souls, on the other hand, tells a story that seems well within our intellectual grasp. The story arises from a series of sessions that author David Newton has conducted with clients under hypnosis. During those interviews, Newton claims, he is able to draw out memories of the soul’s existence between past lives, going back thousands of years. Leaving aside the points of light and tunnels and other heavenly surroundings, the actual experiences of these souls are remarkably like some very common experiences on earth.

Between-life existence seems like nothing so much as a huge classroom. That might be a metaphor, but it seems very literal. operating with the most modern of educational methods. There’s a lot of group work with souls at a similar level of advancement. More advanced souls appear as guides who are gentle and compassionate and conversant with the most modern educational methods. One doesn’t experience the pressure of discipline or the threat of failing grades. Still existence there is exceedingly purposeful. It’s all about self-improvement.

Earth is one of many planets on which souls incarnate. Their purpose seems to be two-fold. They are testing grounds, where souls can discover how well they have learned their lessons. More positively, they provided experiences that are not available in the heavens. By taking on bodies, souls can progress in new ways.

The long and the short of it is, whether in material or spiritual worlds, a soul’s existence is a journey of self-improvement. It’s not as self-centered as that sounds because souls journey with other souls. Souls care about each other and help each other on the way.

God, or the Source

On the way to where? It is only here that the question of God occurs, though “God” is too personal a name for It. Each soul is journeying back to the Source from which it came. At each level of advancement, from beginner to guide to master teacher and even to manipulator/creator of worlds, there is less need for incarnation. Finally, after many incarnations, one achieves one’s true purpose –  identity with the Source.

The Source doesn’t have much or anything to do with this process. I guess, not being personal, God/It doesn’t take personal interest in a particular soul’s journey. It’s not surprising that souls don’t have much to say about this distant Reality. But there are especially highly developed souls getting closer to the Source. From one of them, oddly enough, we learn that the Source has at least one quite personal-sounding characteristic. The Source is on its own journey of self-improvement.

By itself this Source is lacking something, or two things. Without an other to interact with, it can’t grow. And without a material world, it is missing a specifically material kind of experience. Souls supply both of these lacks as they draw near to and become one with the Source. That may be what attracts people to this belief. Imagining that we can help God be more godly must be a great boost to the ego.

There’s another thing about reincarnation that I think people like, though I don’t like it myself. It’s the idea that we have as many lives as it takes to finally get ourselves right, whatever we mean by that. But that’s a subject for another Monday post.

July 24, 2019 Look Outside the Sacramental Celebration. It’s not a Distraction.
Recent Comments
0 | Leave a Comment
Browse Our Archives
Follow Us! 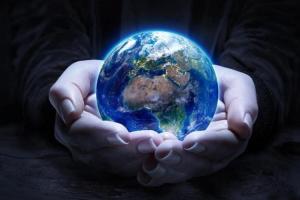 Catholic
The Story of a Journey of Much More...
Lost in a One-Acre Wood 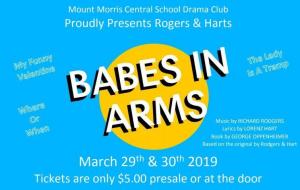 Catholic
Old Soul – Now I Know what it...
Lost in a One-Acre Wood 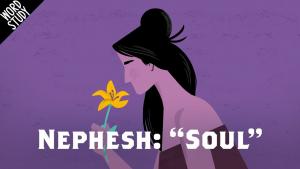 Catholic
Analogy vs. Logic: Arguing Matters Close to the...
Lost in a One-Acre Wood
TRENDING AT PATHEOS Catholic