Conversion of an Angel: Some Corporations Show it can be Done

Writing about corporations is a strange way to honor labor – unless it’s about a hope that corporations may turn to the good side. Walter Wink’s interpretation of angels justifies connecting such religious terms as angels and conversion with economic institutions. You can find my presentation and minor criticism of Wink’s view of angels in a series of posts here, here, here, and here.

In several books[i] about the New Testament’s “powers” language, Wink assures us there really are such things as angels. But he nixes the traditional good angel/bad angel distinction. Angels, he says, are fallen creatures in need of conversion, just like the rest of us. A story about another institution, a certain school and its school spirit, will show why Wink and the Bible can look at an institution and see an angel.

I was a freshman student in a seminary that had a time-honored custom of initiating the new freshman class each year. On Initiation Day upper classmen would play tricks on individual newcomers while the whole school watched. It was supposed to be fun, but you could call it hazing.

One such trick –it’s uncomfortable to remember it – went too far. A freshman had to close his eyes. The trickster stood in front of the student with pepper in his hand, bending down, ready to blow. I remember shouts of “NO!” as he said, “Now open your eyes”; but it was too late. Someone took the victim immediately to the infirmary.

How could such a thing happen? The answer has nothing to do with the character of the perpetrator of the trick. He was quite a nice guy and a leader of the school. But he was wrapped up, along with the rest of the day’s planners, in what Wink calls the spirit of an institution. We talk about school spirit. In this case the spirit of one tradition of that school was at work and acting maliciously.

The Bible says we are to judge angels. (1 Cor 6:3) In this case the judgment came swiftly. The institution of Initiation Day was ended at that school for good.

A look at the economic history of the United States shows that Americans initially were leery of corporations. They had recently freed themselves from English corporations that extracted their wealth and dominated their trade. Incorporation was to be a privilege granted for beneficial activities like building roads or canals. Corporations were to serve the public good. Shareholder profit was just a means to that end.

In The Powers that Be Walter Wink states,

Corporations have come a long way from that restrictive beginning, not entirely in a healthy direction. They have polluted our environment with waste and toxic chemicals, our bodies with tobacco and more chemicals in our food, the atmosphere with climate changing greenhouse gases, and our minds with doubts and denials that these things are real.

How could such things happen? Are the ones in charge and making these decisions monsters? You would not suspect that if you met them on the street or in their homes. Well, maybe in some cases. But mostly, I suspect, you’ll find men and women wrapped up in the spirit of an institution that we call capitalism. Far from a devil, capitalism is capable of much good. But like a fallen angel, like the rest of us, it is also capable of evil. That evil calls for judgment and conversion, not only of individuals but of the angel of an institution that determines much of the way we live.

Both outside the corporations and within some of them, that judgment is occurring. Will a real conversion also be forthcoming? It’s early, but a new statement by the Business Roundtable on the purpose of a corporation gives some hope. The statement, says a Roundtable commentary, “outlines a modern standard for corporate responsibility.” That responsibility extends to shareholders, customers, employees, suppliers, and communities, apparently to all these “stakeholders” equally.

Abandoned is Milton Friedman’s dictum that a business’s only duty is to make money for shareholders. Daren Walker, President of the Ford Foundation, in the commentary says,

This is tremendous news because it is more critical than ever that businesses in the 21st century are focused on generating long-term value for all stakeholders and addressing the challenges we face, which will result in shared prosperity and sustainability for both business and society.

Of the 188 CEO’s in the group, only seven did not sign the statement. Pressure from many sectors of society, including the churches, seems to be having an effect. Will we see a rebirth, a conversion, of corporate America?

Corporations are more than their execs, employers, buildings, supply chains, etc. that we can see. A spirit pervades the capitalist system. Each entity within it has its own spirit. All of these spirits are essentially good creations of God, yet fallen away from their true natures. It will take more pressure to effect a real conversion to follow what is now only a statement. That pressure will have to come from individuals, committees, churches, and governments.

The angels of the corporations went astray. Perhaps they can be brought back. Or will they have to suffer the fate of Initiation Day at my old seminary?

[i] See, for example, Walter Wink, Naming the Powers or The Powers that Be.

August 30, 2019
Amazon Fires, the Churches, and the Coming Amazon Synod
Next Post

September 4, 2019 Have you heard of Greta Thunberg?
Recent Comments
1 Comment | Leave a Comment
"Thanks for your contribution."
fritzpatrick The Tradition of the Elders or ..."
"Think of the perspective of the Pharisees: they ruled from the Seat of Moses and ..."
Ame The Tradition of the Elders or ..."
"Is the date of your article really January 2022 or is that an error? If ..."
the old scribe Poverty and Power – Messiah’s Story ..."
"Well, that was theologically cringey to read."
Ame The Temple, Jesus, and the Little ..."
Browse Our Archives
Related posts from Lost in a One-Acre Wood 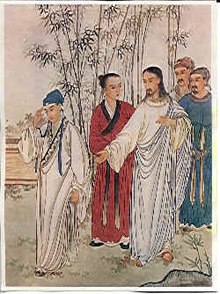 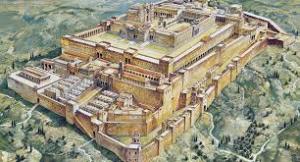 Catholic
The Temple, Jesus, and the Little Traditions of...
Lost in a One-Acre Wood 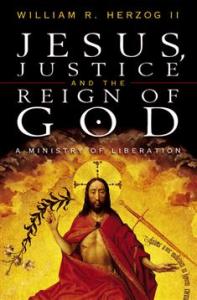 Catholic
The Historical Jesus and the Transcendent God in...
Lost in a One-Acre Wood
TRENDING AT PATHEOS Catholic