The Pro-life President Trump Could Have Been

The Pro-life President Trump Could Have Been November 14, 2020 Jack Hartjes

Imagine a second term for a truly pro-life Donald Trump and a congratulatory phone call from Pope Francis that went like this:

President-elect [enter Trump’s name] spoke this morning with His Holiness Pope Francis. The President-elect thanked His Holiness for extending blessings and congratulations and noted his appreciation for His Holiness’ leadership in promoting peace, reconciliation, and the common bonds of humanity around the world. The President-elect expressed his desire to work together on the basis of a shared belief in the dignity and equality of all humankind on issues such as caring for the marginalized and the poor, addressing the crisis of climate change, and welcoming and integrating immigrants and refugees into our communities.

No, I can’t imagine it either. The above quote is the actual official readout of President-elect Joe Biden’s phone conversation with the Pope. In it Biden pledged to be a pro-life president in the areas of climate, refugees and immigrants, and economic justice. He could have added the death penalty, health care, civil rights, and nuclear weapons. All seven of these are pro-life issues.

Trump could have been’s

What has Trump’s pro-life record been? He gave us a Supreme Court that is likely to overturn Roe v Wade. But he has moved backward on each one of the seven issues mentioned above. And he has injected a rhetoric of hate and division into the country’s politics that we are not likely to recover from soon.

Trump chose three Supreme Court justices—the last in a most hypocritical way, given Republicans’ stonewalling of Obama’s late-term court nomination. I imagine different choices Trump could have made:

Trump could have been a truly pro-life present. He could have furthered the whole Catholic social justice agenda, not just one part of it while trashing the rest. He could have done that while modeling respectful behavior and discourse that would bring us together, not drive us apart into mutually antagonistic enclaves.

So what should pro-life people do now, especially Catholics, who have a long tradition of comprehensive social justice theory and engagement?

First, we have to stop wishing that Donald Trump really had won the election. Trump gave us no more than half a loaf with his Supreme Court appointments. He was never going to give us any more. Having gotten all we were ever going to get from Trump, we should turn that page. We have another administration to look to and the next pro-life challenges.

That means supporting Joe Biden’s pro-life agenda on climate, health care, economic justice, civil rights, the death penalty, and law enforcement reform. It means opposing obstructionism from a (likely) divided Congress. We need to let Republicans know that they have to earn our support on every pro-life issue.

For the Catholic Church it means being as loud and as public on the whole range of pro-life issues as we have been on abortion. Like:

All of these are things the Catholic Church supports, but so far only in a whisper.

I’ve hear pro-lifers say that, sure, Trump is an evil man, but God can use evil for good. If that’s so, then God’s work with Trump is done. It’s time to let God work with a decent person. And it’s time for that man, Joe Biden, to get the support of the pro-life movement.

December 10, 2020 The Impossible and the Infinitely Loving God: Mystics and Making Peace with Infinity
Recent Comments
0 | Leave a Comment
"I was hoping you would read this. Thanks for the kind response."
fritzpatrick Resurrection: For the Apostles, It Took ..."
"Thank you for this, Jack. Beautifully grappling. Peace."
Fellow Dying Inmate Resurrection: For the Apostles, It Took ..."
"An article from "The Conversation" compares Biden's one-year extension of the Family tax credit with ..."
fritzpatrick American Families Plan: Is Biden’s Proposal ..."
"The rest of the story is that most murders of black people are done by ..."
bill wald If Black Lives Mattered, We Wouldn’t ..."
Browse Our Archives
get the latest from
Lost in a One-Acre Wood
Sign up for our newsletter
POPULAR AT PATHEOS Catholic
1 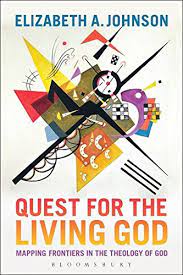