Human Composting: California Bishops Say ‘No,’ but Why Not?

California now allows human composting as a way of returning the body of a deceased person to nature. It is an eco-friendly alternative to traditional burial or cremation. Other states approving human composting include Washington, Colorado, Oregon, Vermont, and, by now, possibly New York.

The process of human composting takes about 30 days. The body of the deceased is placed in a reusable vessel. Wood chips and aeration create an environment where microbes and bacteria can transform the body into soil.

An article in America Magazine says bishops in California and other states where human composting is permitted oppose the procedure. It “reduces the human body to simply a disposable commodity,” the California Catholic Conference says. It “can create an unfortunate spiritual, emotional and psychological distancing from the deceased.”

Advocates see human composting as more sustainable than cremation. The America article references specialists in death care, who regard the new method as “environmentally friendly [and] crucial as cemeteries fill up and people seek more sustainable practices.”

The California bill allows mourners to use the resulting soil on private land or scatter it with the same restrictions as apply to remains of cremation. Remains may not be “commingled with those of another person” not of the same family, the law says.

Human composting could use more debate

The reasons for opposing human composting voiced by the bishops who have spoken so far are serious. The human body, even after death, deserves utmost respect. It should not be a “disposable commodity.” The “spiritual, emotional and psychological distancing from the deceased” is something to guard against.

I wonder, though, if the subject has received adequate consideration. Statements from a few bishops’ conferences aren’t enough. What are the ways that the decomposed human remains are liable to serve as a commodity? What restrictions are available to prevent that from happening? Does the decomposing process inevitably lead to the kinds of distancing the bishops fear?

The process itself doesn’t seem to be any more disrespectful of the human body than cremation. The Catholic Church allows that, with restrictions on treatment of the ashes. Catholics may not scatter the ashes to the four winds, for example, as that would appear to deny the resurrection of the body. The same restriction could apply to decomposed remains.

One would want to be careful about commodifying the human body. Certainly large-scale selling of remains as fertilizer would constitute commodifying. Spreading a single person’s composted remains on a loved one’s garden is, at least, questionable. A human being, even when dead, is not an item simply to be used – though that happens all too often when the body is alive. I see nothing amiss, however, in burying a person’s “soil” and planting a tree over the “grave.” Surely the first intention there is to supply a marker for the deceased, though the tree would derive some benefit. That latter benefit doesn’t seem out of place in a natural world of which God has made us part.

Denying the resurrection or saving the earth

When it comes to denying the resurrection, I’m not sure traditional funeral home practices can escape censure. Putting a body to rest in as life-like a form as possible in a casket guaranteed to postpone decay until the next millennium almost shouts, “This is all there is, folks. Let’s prolong it as long as possible.” More theologically, the miracle of the resurrection doesn’t need our help. God doesn’t need bodies to stay in A-1 condition for resurrection to work. A body that decomposes, whether in 30 days or in nature’s time, does not deny the doctrine of the resurrection.

Human composting does contribute to saving the earth, and that is very consistent with Church teaching about the end times. After all, it’s not just the bodies of the just that will rise in glory. The earth, too, our God-given home, will participate in the resurrection and the Age to Come.

I don’t want to dismiss the concerns of the bishops in California and other states. I would say, though, that their rejection of human composting seems hasty. This subject could use longer look from the Church. There should be much more wide-ranging and public discussion than we’ve had so far. I suspect that, along with green burial, human composting will be favored by many people in search of ways of living, and dying, sustainably on the earth.

September 19, 2022
Paulo Freire, the “Pedagogue of the Oppressed”: Is This a Good Fit for Jesus?
Next Post

September 25, 2022 Pope at Economy of Francesco: A Rich Heritage – Except for the Planet
Recent Comments
0 | Leave a Comment
Browse Our Archives
Related posts from Lost in a One-Acre Wood 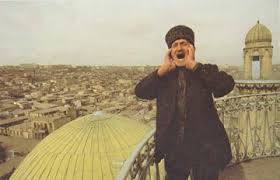 Catholic
Muslim Call to Prayer will sound in Minneapolis...
Lost in a One-Acre Wood 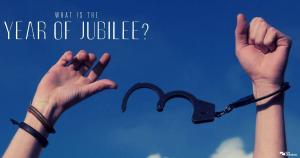 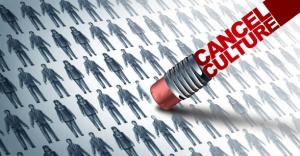