“Responding to the challenge asking those who self-identify as witches to post a picture of themselves during Halloween. Not in costume or ritual clothing. Not a stereotype. Just yourself, in the season of the witch. I extend that invitation to others.”

I decided to take this opportunity to ask my witch-identifying friends for selfies.

Every single one of these people decided one day to use the title witch. They all have a story.

It’s hard to remember childhood without the bias of hindsight creeping in. Does my memory fall only to plot points because I know the next part of my own tale?

And yet, deep within it is the feeling I was always a bit different. I didn’t see the world like the other kids did. Life was in layers, some part of this realm, some belonging to others. Communication for me goes beyond the verbal and non-verbal; there’s a third level – energy or intent.

Many of us self-identified witches looked at fairy tales and myths, pointed to the witch and said “I want to be that character”

I was supposed to be the princess.

That was never me, I never wanted to be that person. I don’t want you to rescue me or dress me in ribbons and bows. Don’t make me your prize to be won by a kiss or by being a “good guy”.

Was I called to the witch character because mostly she was left the hell alone? Or was it because she got to be in control of her own destiny?

I had a similar conversation with a friend about how hard it was to stand up for yourself when you were significantly smaller than everyone else.

Personal safety shouldn’t only be for those who are strong enough to be imposing physically.

But being a witch is more than just not being easily intimidated.

It’s also about doing the hard work. As a witch you face the things others look away from, uncomfortable subjects like birth, death, health, spirit, and fate.

When you put the light on in the night to avoid the unknown, we witches stride into the forest and call out to the things you find scary.

Some of us are lucky to know lots of witches, but many people know at least one. Instead of witch, you probably call us by any one of our other titles

For much of your life you have no reason to think of our witchy side, remembering to ask what we’re doing once a year on Halloween maybe.

But every now and again you might need to call on a witch. You need our services.

When you do, you’ll realise we’re here for you. If we can’t help you ourselves, we’ll know a witch or two who can.

The vast majority of witches do their magickal work for free, yet how much does it cost us in time and energy? We give because it’s our calling. Those of us who do charge for specific services do so because we’ve dedicated our life to our witchcraft.

Witches come from all walks of life. Whilst some kinds of witchcraft seem to appeal more to specific backgrounds, all people can be born into a witch identity. In some cultures, it’s more dangerous to call yourself such. Similarly, in some religions, workplaces, and countries it could have more damaging and sometimes catastrophic effects.

Identifying as a witch isn’t always an easy thing to do. All those who do so have bravely passed the first test, which is the acceptance of a title which some don’t understand and use to discriminate.

You may notice some faces are missing from the photographs, this may be because it’s harder to be a witch openly in these cultures (but not impossible).

These people are no less witches than those you see.

We do many different day jobs, some you might expect for a healing and transformative path, such as teacher, therapist, medical professional. Many of us are creative and work as artists, musicians, designers, or writers. Some work in jobs you might not imagine such as recruitment, sales, civil service, retail, or IT.

We come from many different countries. Witches whose photographs appear here originate from (amongst others) England, Wales, Scotland, Ireland, Sweden, Poland, The Netherlands, Latin America, and Israel.

The obvious answer is we just look like anyone else. Some of us like to dress creatively, others wear the things which blend in. Most of us wear many different masks as we pass through the many roles of our day to day life. We wear leggings, we wear pretty dresses. At work we wear suits, some of us wear scrubs or lab coats. Some witches love rainbows or black. I’ve often been accused of dressing a little too much like Stevie Nicks.

We probably don’t have green faces.

Although I go through a tube of Barry M green face corrector every few months to correct my frustrating red undertone. Not sure if that counts.

You probably imagine witches to dress in a lot of crushed velvet and flowing dresses in sheer materials.

That’s possibly because a lot of the original photos of “witches” from popular culture came from the seventies. We no longer need to dress like it’s Abigail’s Party. Mostly because flowing sleeves and flammable materials aren’t that practical around candle flames. But also because it’s no longer the seventies. That doesn’t mean I don’t love a good 100% polyester maxidress to swoop around in.

Witches can wear whatever they like, so long as it’s legal and the slogan doesn’t infringe upon anyone else’s civil liberties (which also come under the header ‘law’).

Today we celebrate them.

All images have been put together (by my terrible graphics skills) with images shared by the individuals within them.

With special thanks to all those amazing people who shared their photos with me, including but not limited to the following. Names appear in the order the photographs appeared in the post.

October 30, 2020
Don’t Cancel The Holidays – Downscale And Re-evaluate
Next Post 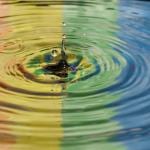 November 1, 2020 Love Warriors: Fighting Hate Politics With Positive Actions
Browse Our Archives
get the latest from
Manic Pagan Dream Grrl
Sign up for our newsletter
POPULAR AT PATHEOS Pagan
1

Sigil For a Thriving Work Environment
EVERYONE deserves to have a thriving work environment. No matter the job...
view all Pagan blogs
Copyright 2008-2021, Patheos. All rights reserved.
error: Content is protected !!