If you’ve ever read The Little Mermaid story or watched the Disney version, you might think this is every woman’s fantasy.It’s a wonderful, romantic fairy tale of a beautiful girl falling in love with a handsome, rich and dashing prince, overcoming insurmountable odds to be together with a story book wedding at the end. Ah, what bliss!

But looked at it another way, the Disney story might be the quintessential man’s fantasy. Think about the scenario: Woman falls in love with a man at first sight, SHE pursues HIM at great personal cost without him lifting a finger to romance her. Then she shows up on his doorstep half naked, and all she wants to do is make out, she doesn’t even want to talk! I’m half expecting this woman to open up a brewsky, turn on a football game and do a chest bump, this is a dream woman!

See, men and women have different definitions and different ways we communicate love. What men and women can agree on is that love is a great thing. It’s no wonder there are fairy tales told about it. There’s magnetic attraction, wonder, chemistry, and fun. And all that energy is enough to get us hopelessly entangled into relationships and, eventually, promises of life long fidelity and faithfulness and togetherness.

A Wedding ensues. Which is the event that ends all Disney fairy tales. As if that were the END of the story and not the beginning. As if there was nothing interesting to report after that moment. It can all be summarized in 6 words: “And They Lived Happily Ever After.”

But we do not live in a fairy tale.

We have to keep on living and loving AFTER the credits role. What about AFTER happily ever? This article addresses the rest of the story – the marriage challenges and the victories we can have through God’s plan, God’s wisdom and God’s power

Some of you may think the church’s marital code is hopelessly outdated and irrelevant for today. Many believe the enduring myth that cohabitation works as a sort of trial marriage. The stats tell us that cohabitation actually becomes a trial divorce.

– Since 1960, America has witnessed a 12-fold increase in cohabitation and a 50 percent plunge in the marriage rate.

– About 45 percent of cohabiting couples undergo what is called a “premarital divorce,” which can be every bit as painful as the real thing.

– The half who make it to the altar are about 50 percent more likely to divorce than those who lived apart prior to marrying.

– In the end, as few as 15 of every 100 couples who cohabit go on to create a lasting marriage.

So if our culture hasn’t figured out the “love” question, the question you have to ask is if God’s blueprints for love have an expiration date on them like your milk carton? Or are they enduring and effective because God created humans and created marriage and God has the right design specifications for it?

I invite you to read the entire article to find out.

So the first issue that couples deal with AFTER happily ever, is communication. A couple were in counseling one time and the counselor asked:

– Does your husband beat you up?

– What grounds do you have for your problems?

Why is communication so difficult?

The Bible teaches that in creation, God’s splits his image into a duality, male and female. And in marriage, he calls them back together into oneness to reflect God’s one oneness in a Trinity. But the melding for us is hard because of the instruction of sin. When rebellion occurred we got bent, and it affected relationships with a curse.

– Women would demand to have control over their husbands

– Husbands would try to dominate their wives.

So every marriage has two sinners living in it.

That’s a lot of sin in one place. Add to the sin, the incredible differences and you have a situation ripe for communication degradation. SO why would God make us so different? When you think about it, this is the main crucible where we learn to love. Love that is MOST loving is reaching, giving and self sacrificing. And so it’s the duality that makes communication so difficult but also makes love worth something.

I’ve been talking to several people from other countries lately. And I hear them speak in their native language. This made me think of how we react to a person who speaks a foreign language: initially it’s quaint, and there’s admiration and even wonder. How can they make those sounds come out of their mouth,  and so fast!

But then, if you’re stuck with this foreigner and you have to get somewhere together or do something together, it doesn’t take long for that admiration to degrade into something else. Frustration sets in!

– You’d never say it but, you start to look at that person as dumber than you are because you have to dumb down your own communication to get anything across to them.

– You start to look down on that person.

– And finally you start to avoid this person because even the simplest interactions are just too much work.

That same degradation happens in marriage.

At first, there’s admiration for the different ways men and women communicate – wonder even. *”gosh, my boyfriend is just so… fixated… on sports! That’s so cute… (I can change that)…” It’s quaint and odd and entertaining. But not forever! Soon it’s frustrating, and judgment settles in. That person is defective! They’re insane even!

Well against this instinct the Bible commands husbands and wives to fight the uphill battle for the sake of love. For true love is never so much love as when it is serving and stooping and submitting and saving and seeking and sharing. God says:

– 1 Peter 3:7 Husbands , in the same way be considerate as you live with your wives, and treat them with respect.

– Eph 5:22 You wives will submit to your husbands as you do to the Lord.

You see there’s mutual giving that God requires in marriage that calls us to sacrifice. In fact, if any of you are disturbed that the specific instruction is for submission for wives, you need to realize that the level of sacrifice called for from husbands is even higher. In the same passage it says husbands are to love their wives as Christ loved the church and gave himself up for her.

You can’t get a higher calling to self sacrifice and submerging your own will for the good of the other, than that! Next week, we’ll get into how words like submission and respect and love and consideration are keys to unlocking male and female communication… but for now, I want us to realize that the road of communication is opened by God first calling us to reach out.

– to bridge a communication gap, someone has to reach across a divide.

Saint Francis of Assisi was a great Christian thinker who wrote a prayer that encapsulates the starting point for great communication in marriage:

– grant that I may not so much seek to be consoled as to console;

– to be understood, as to understand;

– for it is in giving that we receive,

– it is in pardoning that we are pardoned,

– and it is in dying that we are born to Eternal Life.

I’m afraid that most marriage manuals today are an exercise in trying to extract self fulfillment out of the person you’re with, without making that person go away. You can see right away that God’s instruction is opposite. But you may say, Ed, what about me and my needs? Listen to the words of Assisi, they come straight from the teaching of the Master:

In giving you receive

In losing your life you will find it. I’m not of course condoning spousal abuse or neglect. But in most cases our mates will respond to self giving with awe and life change. And even if they don’t, God will. In most cases if we guard our hearts, if we preemptively withhold our affection until we get some, and ask what have you done for me lately,  we will find ourselves protected but alone and miserable. We will find our lives and lose them at the same time.

So with this idea of self-sacrificing love as the foundation for good communication, we will turn to reasons for miscommunication in marriage as we look at the differences in how men and women think. Come back Wednesday for the second part of this series. “A Man’s brain is like a Waffle – A Woman’s Brain is like Spaghetti”

Until next time – Be a man!

February 14, 2019
Learn How to Love Your Sweetheart the way God Does
Next Post

February 20, 2019 Understanding the Complex World of our Spouse's Thoughts!
Recent Comments
0 | Leave a Comment
Browse Our Archives
Follow Us!

8 Signs Your Marriage May Be...
Terry Gaspard
Related posts from Manly Training Ministries

Family
Are You the Man of Her Dreams or...
Manly Training Ministries

Family
7 Methods Of THE MAN OF VELVET
Manly Training Ministries

Family
Here are 7 Things you Must Know about...
Manly Training Ministries
TRENDING AT PATHEOS Family

Changing Structures Rather Than Behaviors
I’ve started to notice a concerning pattern in my life. I want... 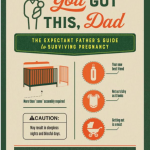 Helping Expectant Dads Survive Pregnancy
The market has plenty of pregnancy books for women, leaving guys on...
view all Family blogs
What Are Your Thoughts?leave a comment
Copyright 2008-2020, Patheos. All rights reserved.