A Letter About Jesus

A very few days ago, I received by e-mail a letter about Jesus from a person who is reading one of my books. His thoughts and questions struck me as being of interest to many people. I quote the letter at length and then share my response.

Your book has persuaded me that much of the language of the Bible and theology is metaphorical and should not be taken literally. Granted that, at what point do you think one reaches a gray area as to whether Jesus was even divine?

I believe I’m getting a better sense of your views as I read, but please correct me if I’m misinterpreting. You essentially say that many of the gospel stories should be taken metaphorically. This, you argue, doesn’t imply that they can’t have a rich meaning or even be divinely inspired (?) In fact, we may derive more meaning from it by taking a metaphorical/historical approach.

But it does mean that Jesus didn’t really do x, y, or z. Clearly you must believe Jesus was divine. Otherwise why would you be a “Christian”? I think you said something along the lines of Jesus being the perfect embodiment of what God is like in human form. That’s different from saying that he WAS God, or God incarnate.

So, do you believe he was God? And if so, what has convinced you? I mean if the miracle stories are metaphorical (you say he must have been a great healer, but I think you believe there have been other great healers/mystics), what are we left with as evidence that he was more than a man?

He clearly was a revolutionary and a wisdom teacher, but that doesn’t make him more than a man. You are not convinced that he rose in bodily form, which is fine. But is it not just a small step to go from saying that he was “experienced” in some way after his death to saying he didn’t appear at all?

of him, if we aren’t taking the miracle stories or the bodily resurrection literally? As a side note, what if it’s possible for other people’s spirits to appear after death – ordinary people who pass onto a spirit world and aren’t divine but perhaps in very rare occasions can be seen again? Doesn’t it leave open the possibility that Jesus was just one of these and not God incarnate?

What has convinced you that he is worthy of being worshiped? Is it the stories of the unshakable belief and devotion by the apostles after his death? And are many of these even credible? (I haven’t read enough to know.) Sorry for the length of my epistle.

To say the obvious, the core of your letter concerns the divinity of Jesus. About that there’s more than one thing to say.

1. Was Jesus God? No. Not even the New Testament says that. It speaks of him as the Word of God, the Son of God, the Messiah, and so forth, but never simply identifies him with or equates him with God. As John’s gospel puts it, he is the Word become flesh – that is, he reveals what can be seen of God in a finite human life. To say, “I believe Jesus was God” (as some Christians do, or think they are supposed to) goes beyond what the New Testament affirms and is thus more than biblical. He is the Word incarnate – not the disembodied Word

2. Did some of his followers experience Jesus as a divine reality after his death, and have some Christians had such experiences in the centuries since, including into the present? Yes. These experiences led to the conviction that Jesus was “one with God,” “at the right hand of God,” and ultimately to the doctrine of the Trinity: that God is one (monotheism) and yet known/experienced in three primary ways (as God, the Son, and the Spirit). This is the context in which it makes sense to praise and pray to Jesus. But this doesn’t mean that Jesus of Nazareth, Jesus during his historical life, was “God.”

3. Jesus of Nazareth was completely human. He did not have a divine component that made him different in kind from the rest of us. That’s what it means to say he was “true man,” “fully human.” He didn’t have a divine supercharger.

4. Does that make him ordinary? No. I think he is one of the two most remarkable human beings who ever lived. I don’t really care who the other one was – my point is that what we see in Jesus is a human possibility. That’s what makes him so remarkable. If he was also divine, then he’s not all that remarkable. If he had the knowledge and power of God, he could have done so much more.

5. Christian language about the exalted status of Jesus – as the Word of God, the Son of God, the Messiah, and so forth, is testimony, witness: this is who Jesus became and who he is in Christian experience, life, and thought. This is who he is for those of us who are Christians. 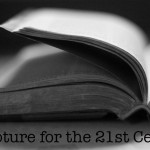 June 18, 2014
Does the Bible Matter? Progressive Christians and Scripture
Next Post

July 17, 2014 Further Thoughts on a Letter about Jesus
Recent Comments
0 | Leave a Comment
"U C Berkeley, what would one expect. Today it has not changed. Liberalism is a ..."
aquaroyale Remembering Our Death: What May Be ..."
"I tried for years to maintain "The Bible" as a singularly inspired compilation. Though parts ..."
Michael Riggins Does the Bible Matter? Progressive Christians ..."
"What's the point of being Christian if you throw out any part of your religion ..."
John Beasley Does the Bible Matter? Progressive Christians ..."
"I wish people would read Pinchas Lapide's book The Resurrection of Jesus. He lays out ..."
Mark Rich “Holy Monday”: Public Protest in the ..."
Browse Our Archives
Related posts from Marcus Borg