It could be that after three days with the combo of strep throat and the flu, my fever finally broke. It could be that the end of the semester is finally here. It could be that now that Scandal isn’t coming back on for at least 6-8 months, I can pay more attention. Whatever it is, why ever it is, Here it is: I AM TIRED OF ALL YOU PROGRESSIVE BULLIES. Berners, Bernistas, Methodists with an Agenda, all of you.

For months on end, anyone who would listen has been subjected to your self-righteous parochial ideas about politics, economics, the church and the College Football Playoff. We have endured your endless protests, your slogans, your slogans WITH protests, and your fundamental unwillingness to engage in anything other than a total scorched earth campaign.

I not only believe in the vast majority of the progressive agenda, but I also dare to put my money and my vote behind it. But I am becoming more and more convinced that today’s progressives, like the 60’s radicals who blew up a lot and accomplished very little for the lives of the poor there were supposedly so concerned with, may bomb us all to hell with nothing to show for it but damaged dreams and damaged people, all for the sake of their righteousness. By the way, I am also becoming convinced I can fight for progressive ideals, I would rather not do it with progressive organizations–too much drama.

For the last six days, I have watched as the Methodists for Social Action MFSA (and friends) hold an entire Denomination hostage with arsonist tendencies that are only rivaled by William T. Sherman. Make no mistake, the battle for the inclusion of my LGBT brothers and sisters in ministry is no small matter and one that has significant impacts on the lives of two men I love very dearly. Frankly, my issue with either group is not over their agenda; it has never been. It is over their short-sighted, toddler-esque, antics that derail pragmatic and sustained change (said it, meant it) that make me come unglued.

I rolled my eyes at the silent protests around the bar of the floor. I sucked my teeth at the dramatic hall showdowns and Twitter outbursts. But when they dare co-opted the Black Lives Matter movement, well that was a bridge too far.

First of all, I love my Methodist Church, but only 6% of our members are African American (from whom and by whom the Black Lives Matter Movement emerges and has its being). So when I see the five black folks that they had to have bussed into Portland, Oregon to lead their Black Lives Matters protest my head spun right on off its tracks. Why? Because while MFSA had no problem having Black folks lead their token parade (pun intended) to gain more unsanctioned floor time, take a look at their leadership–it isn’t living what it is preaching cause a parade is all that black folks can lead in their world. But see that’s my very point about Progressive bullies–their hypocrisy. They yell. They scream. You make one point, you are a sexist. Make another point; you are a racist. Disagree with them; then you must be a homophobe. They have no problem screaming you down; shutting down your Twitter feed, or nailing you an electronic cross but dare to break from the fold and be prepared for the revenge of the Doc Martins.

Many Progressives of the MFSA and Bernie crowd love to read Dr. King’s Letter from a Birmingham Jail. They lift it high as a blueprint for success. However, any close reading of King’s ENTIRE works, would push one to embrace King’s most profound question: Chaos or Community? Where do we go from here? Dismissing outright arguments like MFSA’s Rev. Flippin, who argues that “Chaos is to be expected in a successful movement for justice,” King argues conversely that this dedication to chaos could be understood in another way:

“One sees screaming youngsters and angry adults fighting hopelessly and aimlessly against impossible odds. And deep down within them, you perceive a desire for self-destruction, a kind of suicidal longing”.

The actions of the MFSA, RMN, and the Berners (temperamentally and self righteously the same) are as dangerous to democracy and justice as are Trumpeters. They demand a purity test that does not exist in human form. They love the rules when they protect them (proportional voting or guaranteed appointment) but when the rules are used against them–well let’s just blow the whole thing up. What’s the difference between saying you won’t follow an unjust law in the Book of Discipline and refusing a Federal mandate to allow transgender folks use the bathroom in peace (looking at you North Carolina)? Ideology. However, there is a difference in that those 100 ministers who came out and dared their conferences to discipline them, knelt down just like I did and did not stutter when asked would they support the Book of Discipline when they were commissioned and ordained.

Let me put a finer point on this. As clergy, we are called to the Gospel of Jesus Christ not the Gospel of John Wesley. Therefore, in fulfilling that call we have a plethora of avenues to live that call faithfully and consistently with our identities in Christ. However, when we chose the United Methodist Church, especially in the last 10-15 years, there was no doubt where the denomination stood on celibacy in singleness and the ordinations of Gays and Lesbians. When you knelt down and took that stole, that chalice, that Bishop’s pin–you made a covenant not just with everybody else in the connection but with God. I knew that by saying yes that when the time comes for my son to get married (Lord if he every finds the right man), I will turn over my orders–willingly. Because that’s the vow I took. I will work my tail off legislatively, through small groups, with dialogues with delegations, and through blogs to get it change my church’s stance. But I refuse to believe that my church is nothing more than a sexual litmus test.

My larger and more relevant point is this: The moral arc of history is bent toward justice, but it is just that–an ARC. An arc is not the most expedient way to achieve justice, but it allows for are small, sustainable, incremental changes that are truly revolutionary. No one is saying wait; we are just saying smart. Follow the Arc. Beat the system at its own game. But dagnammit don’t burn down the stadium because you don’t like the score. You fight the lynchpin battle–which was always on one word-incompatibility. For my money, the Third Way gets us there but of course, MFSA does not support it.

Revolutions are quite unsuccessful in creating the change they seek. As Americans, we are often fooled into believing that every revolution ends up with Apple Pie. History reveals that revolutions require bloodshed, death, and end in outcomes worse than the present they seek to address. Louis XIV was replaced by a more blood thirsty, but self-righteous Robespierre. Therefore, Dr. King was correct when he argued that a revolution is simply not sustainable because as human beings, even Christian people, we lack the fundamental element of true love of the other to ensure ultimate equality:

You may even give your body to be burned and die the death of a martyr, and your spilt blood may be a symbol of honor for generations yet unborn, and thousands may praise you as one of history’s greatest heroes; but if you have not love, your blood was spilt in vain. What I’m trying to get you to see this morning is that a man may be self-centered in his self-denial and self-righteous in his self-sacrifice. His generosity may feed his ego, and his piety may feed his pride. So without love, benevolence becomes egotism, and martyrdom becomes spiritual pride.

Religious Progressives and Political progressives are demonstrating why we are such an unlikeable lot in 2016. We are zero-sum know it alls who can never see the virtue of the other side; who fail to exhibit patience for human growth or Divine revelation for anyone other than ourselves; and who when thwarted are intellectually and as in the case of Nevada, physical bullies willing to to burn down the house rather than let someone else live in it. It’s no wonder we don’t get invited to many birthday parties. Bottom line: Burning stuff down doesn’t make you a prophet or a scholar. It just makes you an Arsonist.

Today is going to be an ugly day. The United Methodists are debating sexuality AGAIN. I think I am going to need a pain pill.

February 16, 2016
A Half Century of Being Black in America: A letter to my children
Next Post

July 8, 2016 Midnight in Dallas: What's going on?
Recent Comments
0 | Leave a Comment
"One reason to consider getting out of our comfort zone to develop friendships, relationships and ..."
gimpi1 Maybe the Alt-Right is Right: The ..."
"Why is church so boring?"
Ivan T. Errible Hurricane Katrina: The Day that Uncle ..."
"(hugs you)"
The Mouse Avenger Sorry Mrs. Rice..We just don’t care: ..."
"let me give you some rules: 1. you're not the freaking boss of me don't ..."
Brandon Roberts No You Can’t: Rules White People ..."
Browse Our Archives
Related posts from The View from Dixon Hall

Progressive Christian
After the morning after: Taylor Swift, United Methodists,...
The View from Dixon Hall 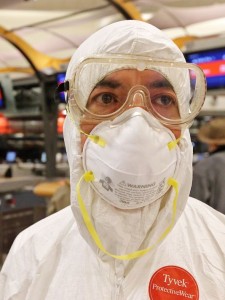