The Spirit-Filled Life of Jesus Christ (Day 2): Human and Divine 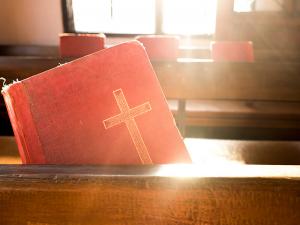 “And the Word became flesh and dwelt among us, and we have seen his glory, glory as of the only Son from the Father, full of grace and truth.” John 1:14, speaking about Jesus Christ

Every Christmas, cards are sent and songs are sung to celebrate that in the person of Jesus Christ, God became a man. But, have you ever really stopped to think about how altogether wild that idea is? Or, to consider the myriad of questions such a statement raises? It’s crazier than anything in any Marvel movie, as Superman, Batman, and Spider-Man are less shocking than God-Man.

Theologians use the word incarnation as shorthand to explain the coming of the second member of the Trinity into human history as the man Jesus Christ. Incarnation is taken from the Latin translation of John 1:14 and literally means “becoming flesh.” The root word is the same for carne asada, or chili con carne–meat. Jesus is, simply put, God in meat.

In 451, the Christian Council of Chalcedon confirmed the biblical position regarding the divinity and humanity of Jesus that remains the accepted doctrine of Protestant, Catholic, and Orthodox Christians alike, despite their other differences. Using the phrase hypostatic union, they rightly declared that Jesus was one person with two natures, human and divine. Jesus is both fully God and fully man, or as the Bible says, “Immanuel,” which means God with us.

As God who became a man, Jesus came to fully identify with our humanity and serve as the mediator between us and God to deal with our sin problem and reconcile us back to God.1 Significantly, Jesus lived His sinless life on the Earth in large part by the power of the Holy Spirit. This does not mean that Jesus in any way ceased to be fully God while on the Earth, but rather that He humbly chose to limit the continual use of His divine attributes. Thus, He lived as we must live—by the enabling power of God the Holy Spirit. This must be clear: Jesus remained fully man and fully God during His incarnation, and He maintained all of His divine attributes and did avail Himself of them upon occasion, such as to forgive human sin, which God alone can do.2 Nonetheless, Jesus’ life was lived as fully human in that he lived it by the power of the Holy Spirit.3

As the church father Augustine rightly said, by becoming a man Jesus did not lose anything; rather, He added humanity to His divinity. Echoing this point, Bruce Milne writes, “The biblical equation is . . . incarnation = God plus. In becoming incarnate the divine Word did not relinquish his deity; he added to it, if one may so speak, by taking a full human nature into hypostatic union with the Word.”4

How unbelievable is this? We have rebelled against God and run from God, but in love, God the Father sent God the Son to become like us, to chase us down, love us, save us, and make us like Him. This is why the Bible calls the story about Jesus’ love for us “good news.” It is true news, but more than, that it’s also the greatest news we will ever hear.

How have you run from God? How has God humbly chased over you to love you? 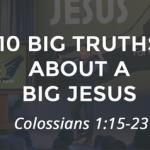 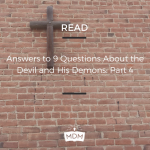 October 27, 2017 Answers to 9 Questions About the Devil and His Demons: Part 4
Browse Our Archives
get the latest from
Pastor Mark Driscoll
Sign up for our newsletter
POPULAR AT PATHEOS Evangelical
1