This is the appendix to my new book you can purchase here.

Thank you for your service to Jesus Christ and people that He loved so much that He died for them. In this book, I have admittedly sought to move the conversation regarding the Holy Spirit from the well-worn categories. I have read a stack of books about the Holy Spirit taller than me (which is not a giant feat), and nearly every one covers the same ground, falls into the same debates, and continues to beat a stable full of dead horses over and over and over.

The biggest debates around the Holy Spirit are in relation to the supernatural spiritual gifts, such as healing, prophecy, casting out demons, miracles, dreams, visions, speaking in tongues, etc. There is a spectrum of belief on these issues with one end of the spectrum basically saying no to everything and the other end of the spectrum basically saying yes to everything. The following categories are admittedly imprecise and are offered only to show a spectrum in which various teams, tribes, and traditions (including yours) fall:

As the name suggests, cessationist Christians believe that the supernatural gifts have ceased. They assert that the supernatural gifts of the Holy Spirit were used by God in the earliest days of the Christian church to affirm the authority of the early apostolic leaders and their message. However, once the books of the Bible were written there was no longer need for these supernatural gifts, as the Bible was the once for all perfect revelation from God and sufficient for all we need. They also tend to consider speaking in tongues as only a known earthly language and deny the continuationists’ claim that there is an angelic heavenly prayer language, also referred to as tongues. The concern for many cessationists is that when extrabiblical revelation is permitted, it sometimes, if not oftentimes, results in unbiblical revelation that disagrees with the Bible. Some of my friends who are high profile cessationist pastors will privately talk about personal pain they experienced as a result of false revelations people claimed were from God. As a boy, one of these international movement leaders was told by a visiting revival preacher that he would be dead by a certain age. This horrific false prophecy caused the boy great angst as he reached the age at which he was told he would be dead. Of course, he lived to be an old man in good health, and his goal is now to have the Bible faithfully preached and to prevent false revelation, because it caused him so much suffering. To be fair, we have to admit that sometimes cessationism is a response to the abuse of spiritual gifts. 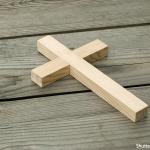 September 25, 2018
4 Things You Need to Know About the Holy Spirit to Live a Spirit-Filled Life
Next Post

September 23, 2019 Belief #1 – The Unseen Realm
Browse Our Archives
get the latest from
Evangelical
Sign up for our newsletter
POPULAR AT PATHEOS Evangelical
1