The notion that the rich man is being punished for something he did (or did not do) to Lazarus is completely fanciful. Lazarus hung round the gate so that he would get fed the leftovers from the rich people. There is no reason in the actual text of the parable to assume the rich man never gave Lazarus anything. In fact he most likely did as he actually knows Lazarus’ name. This assumption by Catholics tells me they are reading something into the Bible story that is not there. It is not fair to say the rich man “should have done more” either. While first century Jews realized their obligation to the poor, they were not obligated to go above and beyond. No one hearing Jesus tell the story would have said, “that nasty rich man should have invited Lazarus in for supper.” Egalitarian ideas are a later development, Also fanciful is the idea that the rich man “failed to notice” Lazarus. In fact nowhere in the parable are we actually told why the rich man is suffering torment, the “social justice” Catholic just jumps to his own conclusions with no biblical support and imports his own interpretations in to the text. This is a problem it seems most American clergy suffers from, a complete lack of Biblical knowledge, high-jacking the real gospel in order to make a man-made paradise on earth.

The problem is the modern Catholic “religious” writer is bound and determined to make the relationship between the rich man and Lazarus the focal point of the parable without any actual textual evidence. Then, having imposed the false relationship idea on his unsuspecting listeners (or readers), the modern Catholic religious writer draws his imaginary lesson from the parable that the rich should feed the poor.

Actually,the parable isn’t interested in the particulars of Divas or Lazarus’ lives, or some assumed relationship, but the contrast between them and the contrast of their fates in the afterlife. Bad men are punished, good men are rewarded. Plain and simple. The assumption was in those times, that rich men were being rewarded here on earth by God, and poor men were being punished for their sins or the sins of their fathers. Jesus turned that upside down. The message is that eternal judgment is final and cannot be changed. That is the lesson of the parable, and not the hot air flowing from Catholic bishops and other scribblers who can’t understand much less interpret Scripture.

It’s really good to have a Magisterium. Here are a few Catechism references that reference the parable of Lazarus and the the Rich Man and our bleedin’ obvious duty to the poor in Scripture:

2831 But the presence of those who hunger because they lack bread opens up another profound meaning of this petition. The drama of hunger in the world calls Christians who pray sincerely to exercise responsibility toward their brethren, both in their personal behavior and in their solidarity with the human family. This petition of the Lord’s Prayer cannot be isolated from the parables of the poor man Lazarus and of the Last Judgment.

1021 Death puts an end to human life as the time open to either accepting or rejecting the divine grace manifested in Christ.592 The New Testament speaks of judgment primarily in its aspect of the final encounter with Christ in his second coming, but also repeatedly affirms that each will be rewarded immediately after death in accordance with his works and faith. The parable of the poor man Lazarus and the words of Christ on the cross to the good thief, as well as other New Testament texts speak of a final destiny of the soul—a destiny which can be different for some and for others.

1022 Each man receives his eternal retribution in his immortal soul at the very moment of his death, in a particular judgment that refers his life to Christ: either entrance into the blessedness of heaven—through a purification or immediately,—or immediate and everlasting damnation.
At the evening of life, we shall be judged on our love.

Abp. Chaput summed things up pretty succinctly: “If you neglect the poor, you will go to hell.”

July 30, 2014
Gotta love that Colbert is such a Tolkien Geek
Next Post 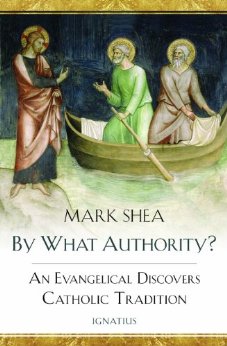 Catholic
Quote of the Day
Catholic and Enjoying It!

Catholic
It's stories like this...
Catholic and Enjoying It!

Catholic
Our Faith is a Natural Home for Beauty
Catholic and Enjoying It!